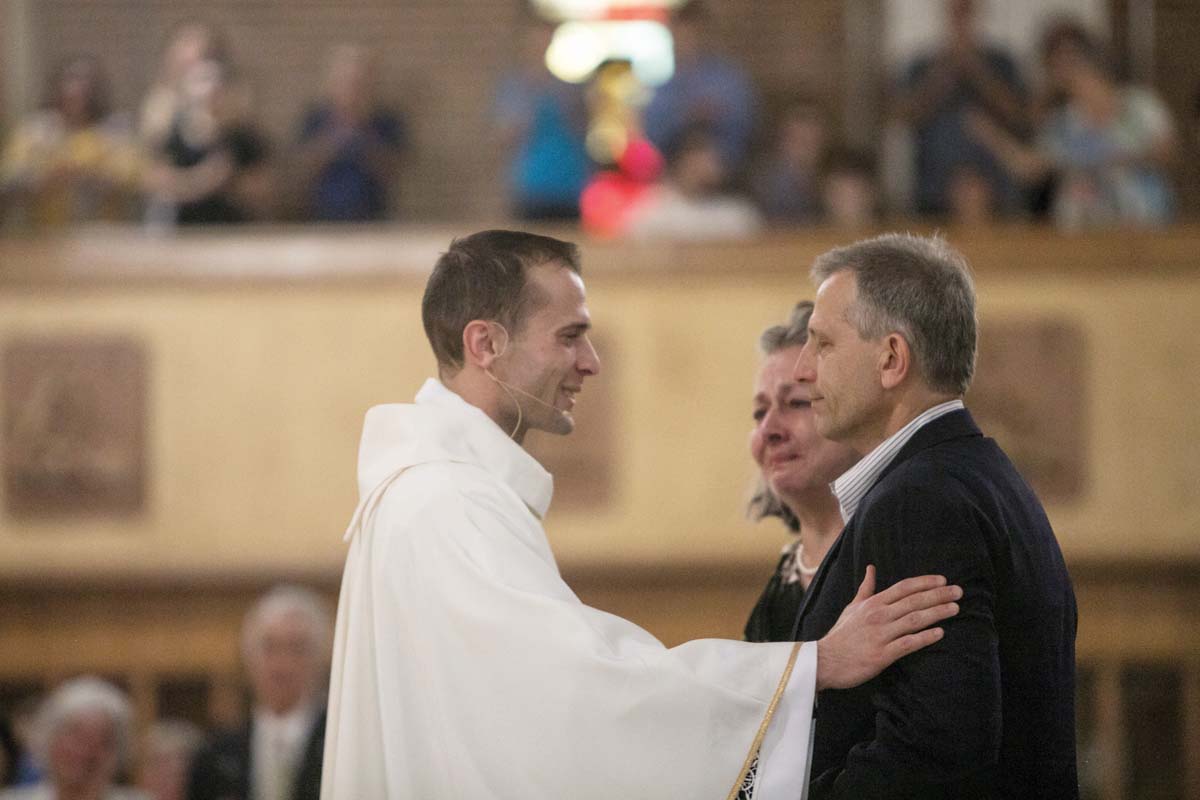 Father Ryan Stawaisz greets his parents at the conclusion of his first Mass at St. Anne Catholic Church in Tomball in June of 2019. Father Stawaisz, 31, died on June 21, 2021 after battling cancer. “As Catholics, adversity and hardship are not something to shy away or run from, but to face it and embrace it with the grace of God,” he said. (Photo by James Ramos/Herald)

HOUSTON — As Father Ryan Stawaisz lay dying of cancer in a hospital bed, the young priest and his family were ministered to by members of the Catholic Chaplain Corps.

“MD Anderson [Cancer Center] was not allowing anyone in,” said Denise Foose, director of the Catholic Chaplain Corps. “However, Father Arnel B. Barrameda was on-site, and he did accompany Father Ryan, had long conversations with him and talked to his parents.”

Having battled cancer before, Father Stawaisz’s latest diagnosis came in April 2019 as he was preparing for his ordination to the priesthood.

“For me to have that news right at the time of my ordination, right when I felt like my life was really picking up, when I was really going to be able to do the things that I had wanted to do, that I have been preparing to do for so long, was quite a blow,” said Father Stawaisz in a video recorded in 2020 for the Office of Vocations.

In his Apostolic Letter Salvifici Doloris, St. John Paul II noted that suffering is a trial, but it is through that trial that faith, hope and love continue. Through that suffering, an individual can find their own identity and their identity in Christ.

“The process of going through that, of taking that to prayer, realizing that this might not be completely contrary to God’s will in my life,” said Father Stawaisz. “As mysterious as that is, Lord, maybe this experience is forming me, in a unique way, for the mission that you have for me.” 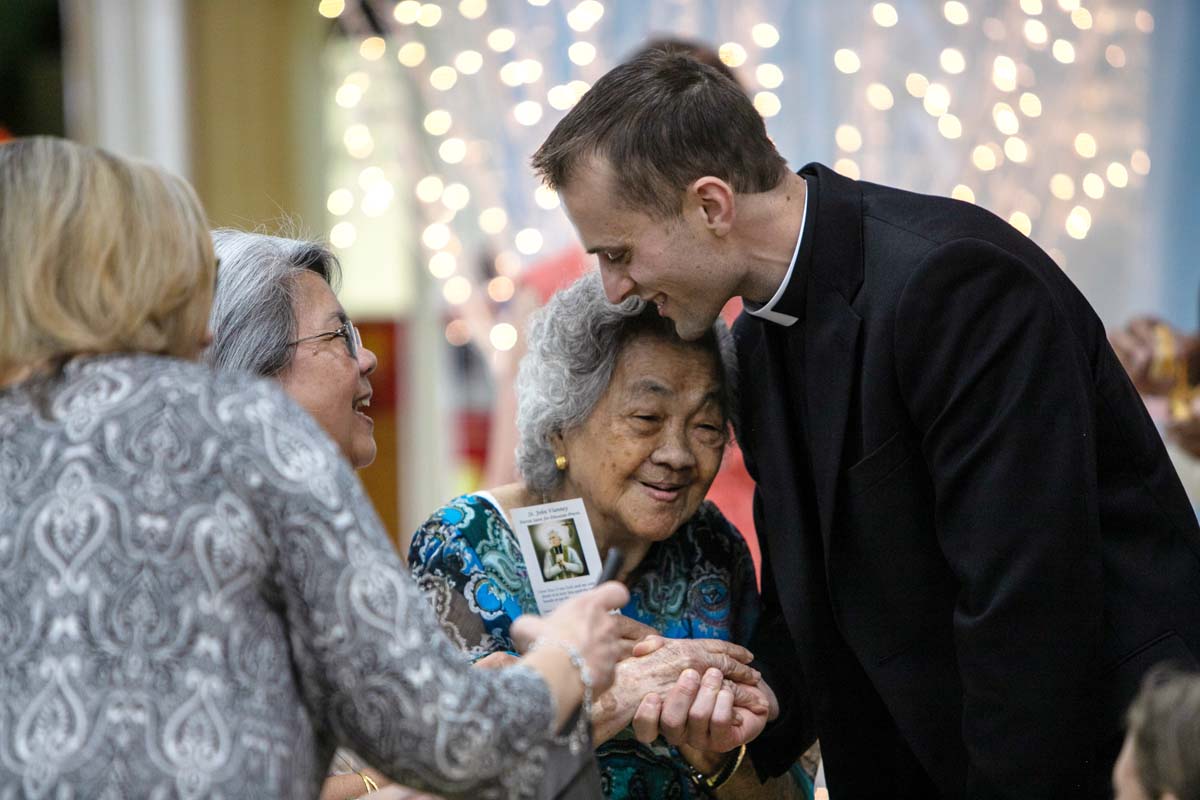 The Catechism of the Catholic Church notes that “illness and suffering have always been among the gravest problems confronted in human life. In illness, man experiences his powerlessness, his limitations and his finitude.”

Yet Father Stawaisz found the strength to face his suffering within his Catholic faith.

Father Derlis Garcia, a priest of the Diocese of Brownsville and a close friend of Father Stawaisz, gave the homily at his funeral Mass.

“There is no easy way to explain suffering, especially to one who suffers,” said Father Garcia. “That is why we can only point to Christ, the suffering servant. Jesus decided to come and suffer with us, transforming suffering itself. No longer is suffering empty, but it is full of redemptive value.”

Staff and volunteers of the Catholic Chaplain Corps are trained to minister to and accompany the sick.

“They are there to empathically connect and be a sign of transparent hope in the midst of suffering,” said Foose.

For the Archdiocese, that is no small task. The Texas Medical Center alone consists of over 11,000 patient beds and employs over 106,000 healthcare professionals and support staff.

Moreover, there are more than 80 hospitals in Harris County, which is only one of 10 counties within the Archdiocese.

“We have about 200 volunteers who recommitted or committed for the first time this year,” said Foose.

For the patients, providing a listening ear is often just as needed as the prayers and Sacraments.

“The beauty of Catholicism is that we have pastoral and we have sacramental,” said Foose. “It’s two sides of the same coin. And one shouldn’t be without the other.”
Pastoral visitors are trained in empathic listening and being present to the patients. During the height of the COVID-19 pandemic, pastoral visitors would use an office at the hospital to call patients in their rooms to offer prayer, support and a listening ear.

“We teach our volunteers that active listening is so important,” said Foose. “Listening can be difficult for a family member or spouse of a patient because they know they can’t fix anything. We tell our volunteers that no one can listen to [the patient’s] story as intently as they can.”

The Chaplain Corps has worked closely with hospitals to develop relationships with the staff, as well as the patients they serve.

“Because our volunteers and chaplains are so integrated into the hospitals… [during COVID-19], we were the only denomination allowed on-site.”

The Chaplain Corps has prepared care bags for hospital staff, consisting of items such as Chapstick, mints, aromatherapy and a handwritten card from a pastoral visitor. They have delivered over 10,000 care bags to hospitals in the Texas Medical Center and the Woodlands/Conroe area.