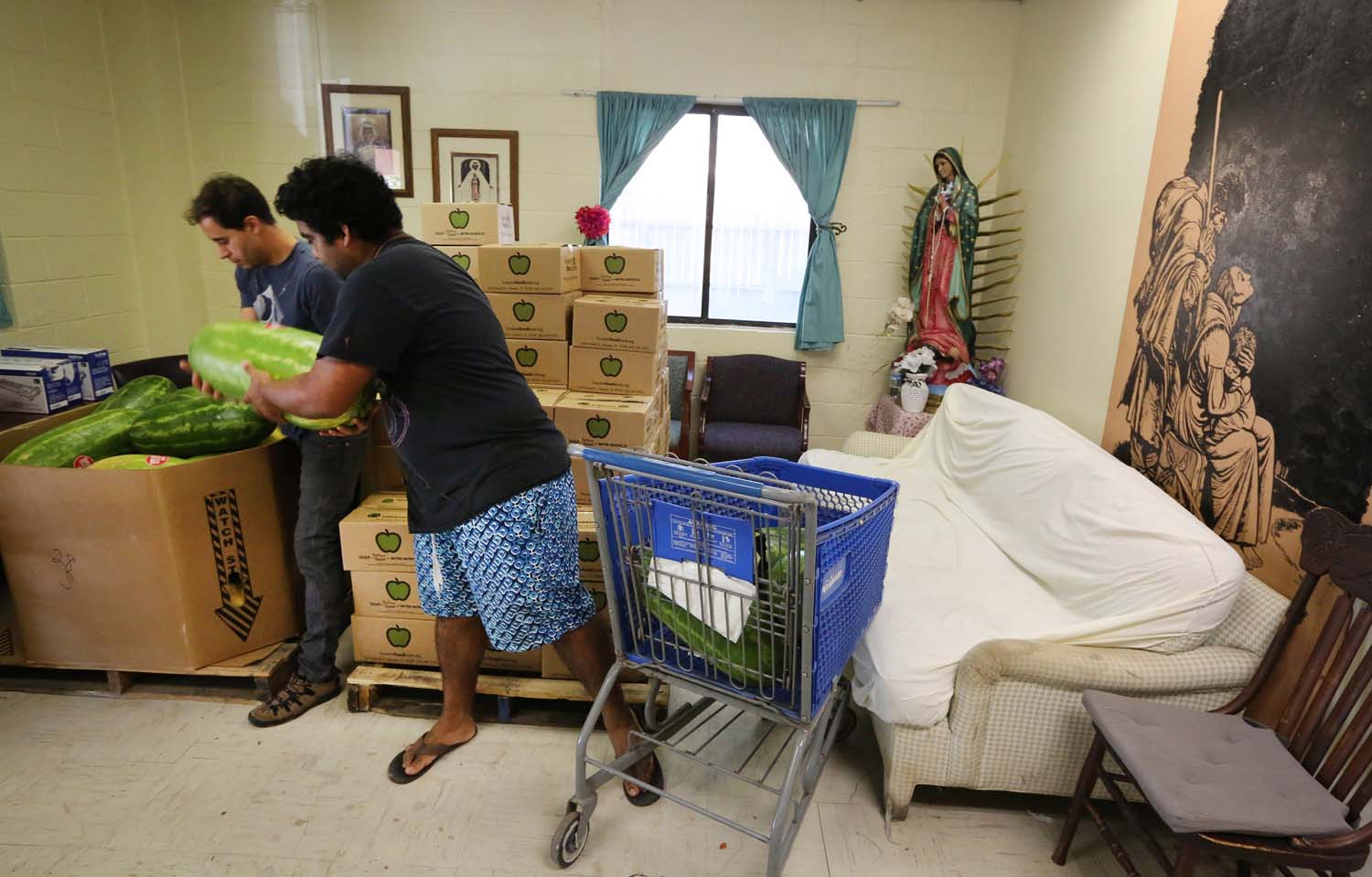 HOUSTON — Casa Juan Diego and Catholic Charities, recuperating from an overflow of Venezuelans seeking asylum from their country’s economic and political spiral this summer, may have to brace themselves for another possible surge this holiday season.

A federal judge Nov. 15 blocked Title 42 - a controversial rule that has allowed U.S. authorities for health reasons to expel more than one million migrants who crossed the US-Mexico border. Before that ruling, the U.S. closed its border on Oct. 12 to Venezuelan migrants fleeing an authoritarian government and seeking asylum.

“People arriving in the United States find us on their own or in many cases, they are sent to us by ICE (U.S. Immigration and Customs Enforcement),” said Louise Zwick, founder and director of Casa Juan Diego, a Houston nonprofit shelter that depends completely on donations.

“All these past months, we were begging for help and all our houses were so packed and overflowing with people everywhere,” Zwick said. “Our young volunteers were working their selves into the ground.”

“We receive requests from California, Arizona and other places from groups helping new arrivals,” she added. “Our largest numbers continued to come until about a month ago. Our beds still fill up each day, but we do not need as many additional cots now.”

That may change since the November court order leaves the Biden administration without one of the key tools it had deployed to address the thousands of migrants arriving at the border on a daily basis and could restore access to asylum for arriving migrants.

For months over the summer, buses and planes from the U.S.-Mexico border carried tens of thousands of men, women and children from Central and South America to New York, Chicago, Washington D.C. and even Martha’s Vineyard. They were organized by Republican governors of Texas, Arizona and Florida and the Democratic mayor of El Paso, paid for mostly by taxpayers.

Texas Gov. Greg Abbott, in news reports, said the arrivals would give liberal, sanctuary cities “a taste” of what his state has had to deal with for years. Many of those were Venezuelans fleeing poverty, violence, and authoritarian rule and hoping to apply for asylum. In the latest transfer after he won the November election, Abbott sent another busload, including a child who was dehydrated and feverish, to Philadelphia where she was immediately hospitalized.

The asylum process can take years and, for much of that time, they aren’t allowed to work. Zwick and those assisting immigrants said caring for these new arrivals has been a big challenge, drawing attention to a long-standing bipartisan failure to fix the nation’s broken asylum system.

More than 7 million people have fled from Venezuela to different countries to escape the political, social and economic chaos. It’s the second-largest refugee crisis in the world after Ukraine, according to news reports. About 187,000 Venezuelans who crossed the border from Mexico into the U.S. last year have been allowed to stay here while they apply for asylum.

The program is modeled after a similar effort for Ukrainians, who began flying into Mexico after the Russian invasion in February, seeking to join friends or relatives in the U.S. Since that program began, the U.S. government has received more than 160,000 requests to sponsor Ukrainian citizens, according to the Department of Homeland Security.

The temporary shelter, in partnership with the Church of Jesus Christ of Latter-day Saints, has helped hundreds of people by providing food, basic services and a hotel room for migrants passing through the Houston area to families who are sponsoring them.

“We provide buses, and they almost never stay in Houston. They are traveling on to their destinations,” Ballard said.

But the FEMA funds of $2.8 million for the transit center will likely be depleted by December, she said.

“We give groceries on Tuesdays, Thursdays and Saturdays mornings. Our new guests and many volunteers help with the food distribution,” she said. “We continue to assist about 225 very ill or paralyzed individuals and their families with living expenses, food and medical supplies.”

“We have been surprised and overwhelmed by the requests coming in from hospital social workers asking us to help more and more very ill undocumented people coming out of hospitals. We are just a few of us with donations, and we cannot provide for the whole large undocumented population who is ill,” Zwick said.

Zwick said donated canned meats, canned vegetables, apples and other fresh fruit, as well as toiletries and clothes, are also helpful, especially with the colder weather and holidays approaching.

Lazaro Contreras, director of the Archdiocese Office of Hispanic Ministry, hosted a group of about 15 Hispanic church leaders at Casa Juan Diego to possibly volunteer or recruit volunteers.

“The purpose was to create awareness and open the possibility of volunteering in pastoral care and accompaniment of migrants,” Contreras said. “On my personal time, I started volunteering at Casa Juan Diego once a week on Mondays for two or three hours in the evening.”

“I have talked with people from Africa, Nicaragua, Colombia, Guatemala, Mexico, Cuba and mostly Venezuela,” Contreras said. “Each of them has experienced very traumatic events in their journey. It is a blessing to help them.”