Caring for persons with disabilities recognized as weakest enhances humanity 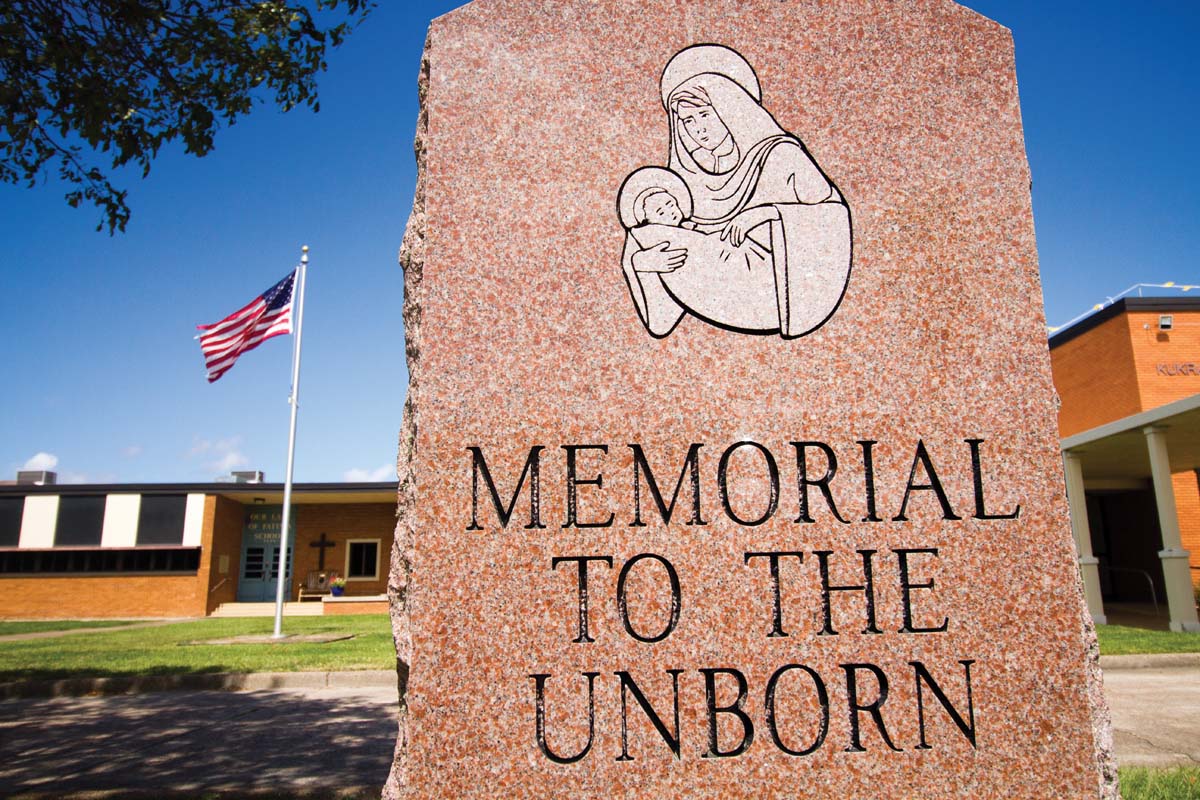 In 1927, the Supreme Court affirmed the compulsory sterilization of a young woman, Carrie Buck, by the State of Virginia. The State sought authority to prevent Buck, who allegedly had mental deficits, from bearing additional children who, it claimed, would burden society.

Ruling for the State, the Court famously opined, “It is better…[if] society can prevent those who are manifestly unfit from continuing their kind.” Referencing Carrie Buck, her mother, and her infant daughter, the Court concluded, “Three generations of imbeciles are enough.”

The Buck v. Bell opinion was influenced by the eugenics movement of the early 20th century. In North American and Europe, eugenics proponents sought to improve human society through so-called artificial selection.

This goal would be achieved through social engineering: encouraging large families among persons possessing “favorable” qualities while preventing — through force, if necessary — childbearing among those with less desirable characteristics. Compulsory sterilization laws were enacted in a number of U.S. states in furtherance of this goal.

Eugenics was taken to its logical conclusion in Germany during the 1930s and ’40s where persons with various medical conditions, designated as lebensunwertes leben (“lives unworthy of living”), were euthanized as a burden on the State. As a result of these practices, eugenics fell out of favor and, from the perspective of the 21st century, eugenics may seem a mere historical anomaly. Perhaps this sense of security is not so certain.

In his 1995 encyclical, Evangelium Vitae, St. John Paul II described the sacred nature of each human life and its right to love and protection from the rest of the human family. Such protection was especially requisite for those humans whose lives were weakest and most vulnerable. Yet, nearly contemporaneously with this discussion of human solidarity, Princeton University philosopher Peter Singer opined, “The notion that human life is sacred just because it’s human is medieval.”

In his Practical Ethics, Singer advocated infanticide for sick or disabled infants, contending that “the total amount of happiness will be greater if the disabled infant is killed.” For John Paul, the sacredness of each human life is rooted in its creation as an image and likeness of God. Caring for the weakest among us enhances, not detracts from, our humanity.

For Singer, life is not sacred. Life may be useful — and therefore deserving of protection — only when it is capable of particular definable activities such as cognition or self-determination, or when it allows for sufficient pleasure. Lacking these characteristics, it may be discarded at will.

Undoubtedly, most would reject Singer’s extreme conclusions. Yet the mentality on which these conclusions are based, including a utilitarian view of human life (wherein life has meaning only when it is useful or pleasant), and the notion that human life is not special in itself, are accepted by many in our society.

We have become uncomfortable with the language of eugenics which openly claims one human life is superior to another. Yet we should consider whether it is the practices themselves to which we object or merely the language, particularly when those practices are couched in more appealing terms like “compassion” and “alleviating suffering?” The practice of eugenic abortion is instructive in this regard.

CBS News recently reported that Iceland, like many nations in Western Europe, has nearly eradicated Down syndrome from its population. This eradication comes not from the ability to cure the syndrome or to alleviate its symptoms. Eradication is instead the result of the elimination, through abortion, of most persons diagnosed prenatally with the condition.

Olga Olafsdottir, a genetic counselor at an Iceland hospital, described the abortion of children with genetic anomalies as “a thing that we ended. We ended a possible life that may have had a huge complication... preventing suffering for the child and for the family. And I think that is more right that seeing it as a murder” (emphases added).

Olafsdottir advises these children’s parents, “This is your life — you have the right to choose how your life will look like.” Although couched in the language of compassion, Olafsdottir’s comments demonstrate rejection of the human person as sacred (a “thing,” a “possible life”), and a utilitarian view in which the person is valuable so long as he is useful.

The preferred justification for eugenic practices is no longer that of superiority and inferiority but increasingly that of “compassion.” We should be merciful, this argument goes, to those who suffer, by “compassionately” ending their lives which have little value in light of that suffering.

This notion of compassion is, as St. John Paul II notes, a false one. Etymologically, the word compassion means “to suffer with.” Eugenic practices fail to suffer with the sick person and instead aim at elimination. We should recognize and be increasingly skeptical of those claims to compassion that directly harm the individuals we seek to help.

As described in Evangelium Vitae, our primary task must be to accept, love and serve all our brothers and sisters. As Catholics, we recognize that is those who are weakest who have the greatest right to our service.

Julie Fritsch is the director of the Archdiocesan Office of Pro-Life Activities.