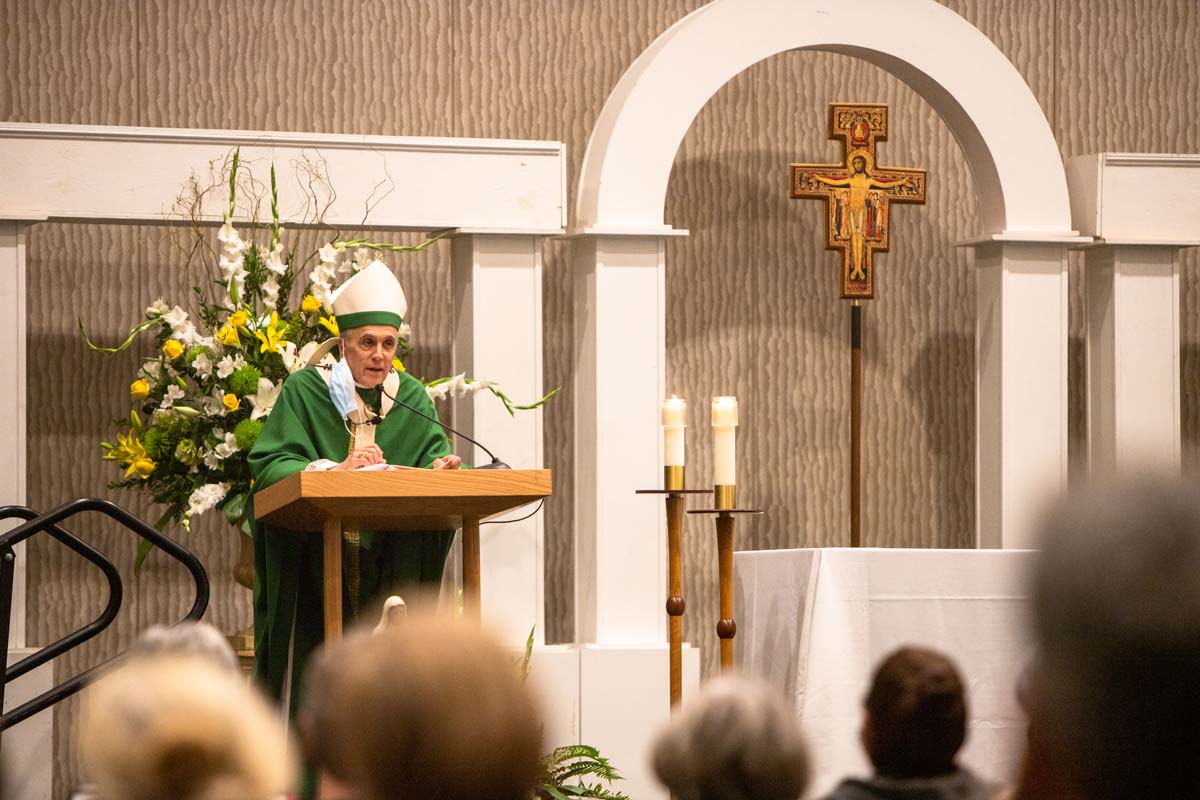 Daniel Cardinal DiNardo preaches the homily during a vigil Mass at the 2021 Society of St. Vincent de Paul National Assembly in Houston on Aug. 29. 60 local members joined 600 others from around the country for the national gathering. (Photos by James Ramos/Herald)

HOUSTON — Some 60 local members of the Society of St. Vincent de Paul in Houston, known as Vincentians, joined more than 600 others from across the nation for the service organization’s national assembly in downtown Houston Aug. 25 to 29.

For Anne Schorno, executive director of the Society of St. Vincent de Paul of the Archdiocese, seeing the conference come to fruition was a joy and a dream, especially with so many local Vincentians attending from as far as Navasota.

It was the national organization’s first in-person gathering since the pandemic began in early 2020.

“It’s been two years since we’ve gathered, and our ministry is about person to person,” she said. “And so missing that element, you just miss the friendship and the sharing of ideas that we’re able to do.” 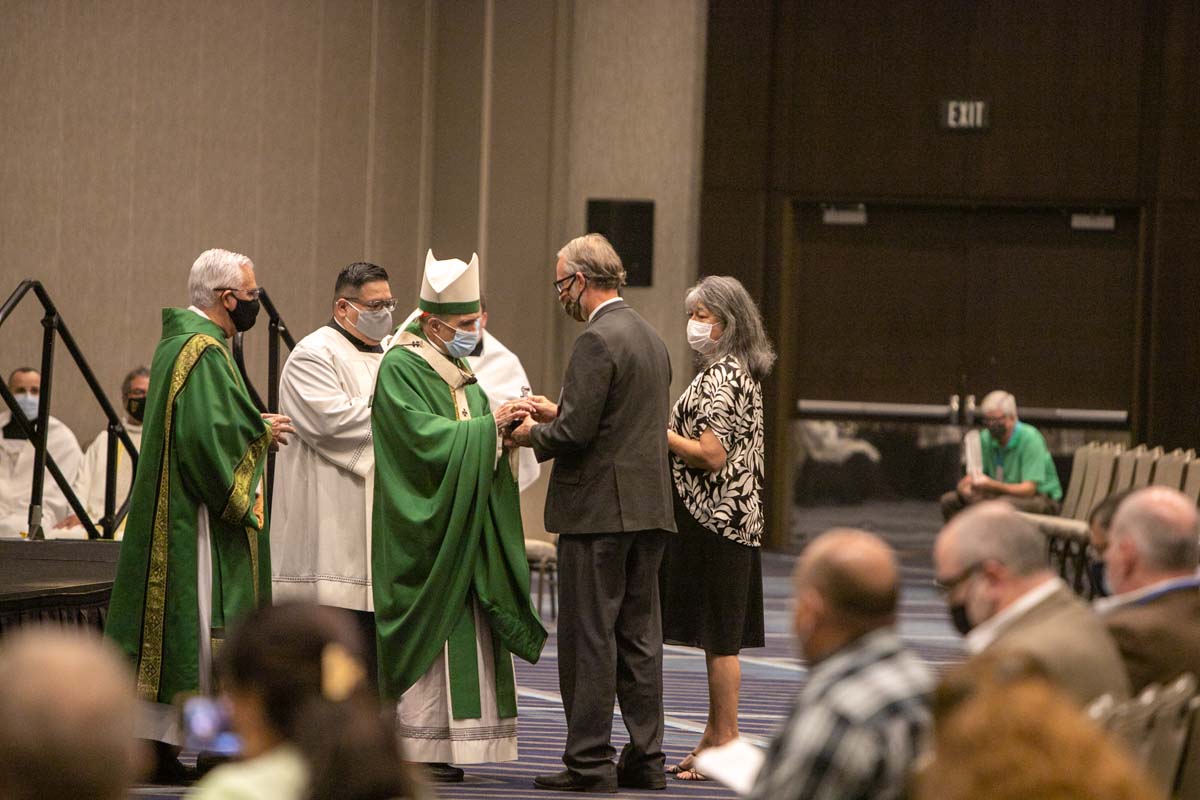 Schorno drew inspiration from a session led by Father Dennis Holtschneider, the president of the Association of Catholic Colleges and Universities, who focused on how Jesus’s ministry was often interrupted, much like how the pandemic interrupted the services of many social agencies, including the society, forcing them to pivot to new ways of outreach.

“I’ve been really impressed with how everybody has come to new creative ways to do things,” Schorno said.

When initial balking of “We are way too old, we can’t do that” became “Yes, we did it,” many Vincentians stepped up to the challenge, despite barriers prompted by a pandemic like social distancing and masking.

“I think the hardest part for us was just not being together… we really missed that,” she said. “We missed that personal touch with the people we serve. And with the three essential values of the society: spirituality, friendship and service, all three need to be in balance to be able to achieve what we need to do.”

As the youth and young adult liaison for the Society’s Houston gathering, Hong helped coordinate the youth track of the conference. Activities included a day-long service trip at the Vincentian Service Center in Gulfgate and an afternoon visit to Space Center Houston at NASA’s Johnson Space Center.

Hong said she was inspired by the energy of 22 young people, who hit the ground running on a warm Saturday morning at the service center, distributing food packages and organizing clothing drives and donations.

High school and college students, who are part of the local Society of St. Vincent de Paul groups across the nation, are the “future of our Church,” Hong said. “They continue to bring hope and light, especially during this difficult time.”

The young people understood that the “love of Christ brings us all together from around the world, and that really doing His work, there is no limit,” she said. “Even the pandemic can’t limit us.”

The spirit of the society overcame those limits, Schorno said.

“I think of the society is not (only about) what we do, but in what spirit we do,” she said. “And so that was hard losing some of that ... being able to sit with somebody and just talk and hear their story and be able to have that conversation without mask and phone or something like that. It can feel impersonal.”

Schorno said the Liturgies held throughout the week were a major highlight for many Vincentians.

Daniel Cardinal DiNardo celebrated the final Liturgy and presided over the vigil Mass on Aug. 29.

By being a “doer of the Word” of God, the society continues to increase the Word in action on behalf of Jesus, he said.

“And doing it, you are making the world, a little step at a time, Eucharistic,” he said. “I’ve always thought that sanctioned people would be close to the Eucharist because they are always close to everyday people with their need. And you assess it... It is like they are bringing a certain aspect of the gift of the Eucharist to the people. It is beautiful.”

Reflecting on the day’s reading about the multiplication of the loaves and fishes, Cardinal DiNardo said, “Jesus feeds us so we can feed others.”

“We are all supposed to become holy, depending on whatever it is we do in our vocation,” he said. “And in doing that, you are holy. And that is why we take comfort in the altar, give thanks to God through His Son, Jesus, at every Mass, and receive that very gift we heard about last week through the Gospel, His very body and blood. That sets us in motion to try again next week. To make His body real to the world in which we live.”

In Galveston-Houston, the Society of St. Vincent de Paul has been serving others since 1871 and is marking its 150 anniversary in 2021. To learn more and to get involved, visit www.svdphouston.org or contact your parish conference.