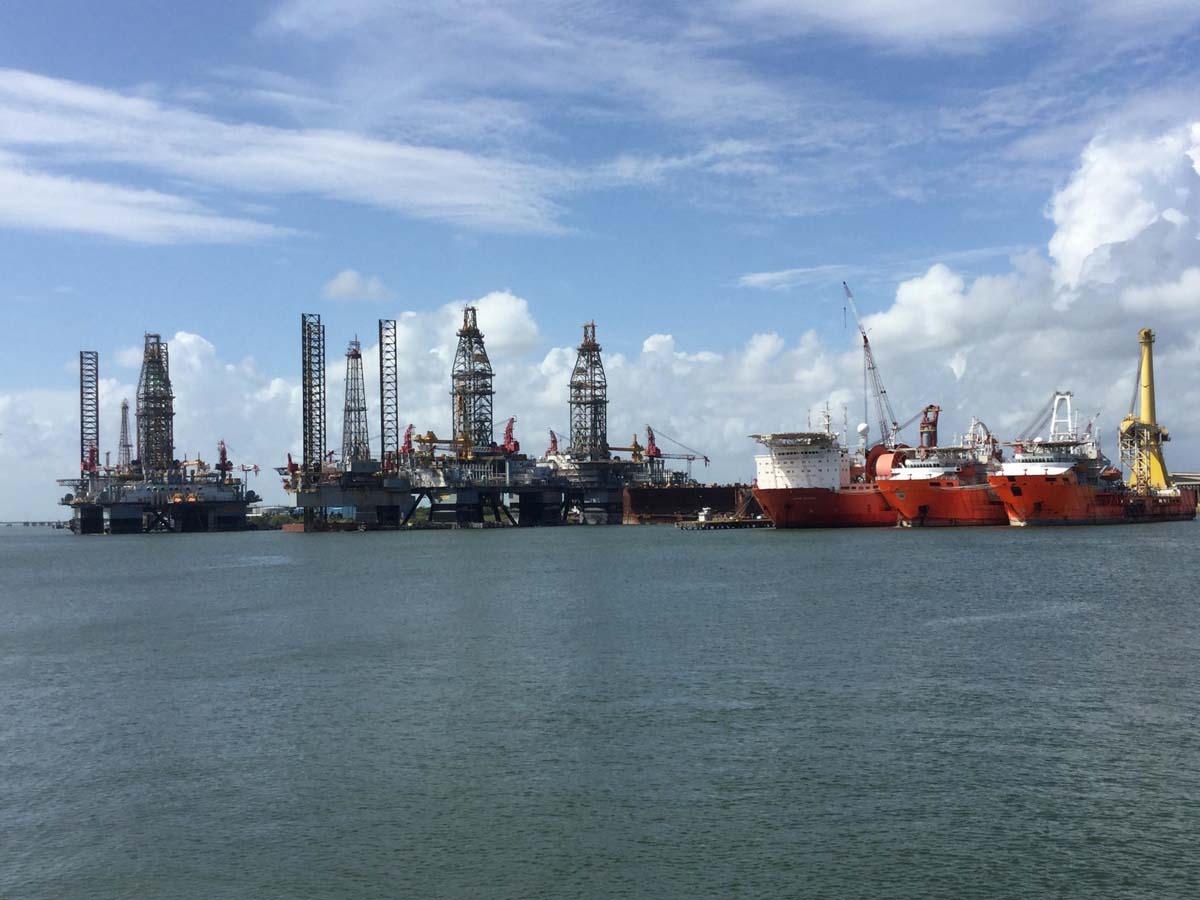 The Port of Galveston, seen in this photo, is one of 21 ports located in Texas. Daniel Cardinal DiNardo encouraged the faithful to advocate and pray for seafarer communities in the Archdiocese. (Photo by Linda Finkin)

HOUSTON (CNS) — Ahead of the July 11 annual Day of Prayer for Seafarers, Daniel Cardinal DiNardo called for prayers for seafarer communities in Houston and abroad.

“Our region is home to the Port of Houston, and many families in our coastal communities continue to make their living on the waters of the Gulf of Mexico,” he said in a July 7 statement. “The last several months have been especially difficult for those seafarers who have been unable to leave their ships at port due to public health protocols during the pandemic.”

Seafarers kept products moving globally during the coronavirus pandemic, but too many of them have no access to vaccines, have been stranded on ships and often face the danger of piracy, the Vatican said.

The Dicastery for Promoting Integral Human Development thanked seafarers for their work throughout the pandemic and called on ship owners, governments and U.N. agencies to protect their right to health, safety and decent working conditions.

The world may have come to a standstill turning the COVID-19 pandemic, “but the ships have never stopped sailing from port to port, delivering critical medical equipment and medicines to support the fight against the spread of the virus,” said Peter Cardinal Turkson and Monsignor Bruno-Marie Duffé, respectively prefect and secretary of the dicastery.

“The maritime industry is a vital part of the world’s economy,” they said. “Some 90% of world trade is carried by ships ... by the 1.7 million seafarers who work on the ships.”
And while they have proven to be “essential workers,” most countries do not consider them such and have left them far behind in the line to get vaccines, the Vatican officials said.

But even worse, they said, thousands, if not tens of thousands of crew members have been stuck on ships and in ports because travel restrictions made crew changes difficult and repatriation often impossible.

“We appeal to ships owners, management companies, agents and recruiters to regard crew members as more than ‘labor force,’ and remember that they are human beings,” they said. “We urge the development of working practices, which are based on human dignity rather than profit, and so provide everything necessary to improve the mental, physical and spiritual well-being of seafarers.”

Piracy and owners abandoning ships — with the crews still onboard — also put the well-being of crew members at risk, they said.

38 piracy incidents have been reported, with 33 boardings, two attempted attacks, two vessels fired upon, and one hijacking, they said.

The dicastery also noted that the International Transport Worker’s Federation has reported a doubling of the number of ships abandoned, from 40 in 2019 to 85 in 2020. It is often the result of “the deliberate decision of a shipowner to dispose of a vessel they no longer deem valuable, crew included,” they said.

Cardinal Turkson and Monsignor Duffé joined Cardinal DiNardo in calling for the intercession of Our Lady Star of the Seas.

“Please join me in praying for all seafarers, and in asking for the intercession of the Blessed Virgin Mary,” Cardinal DiNardo said.

In 2018, Texas ports ranked second nationwide for total waterborne tonnage handled, moving nearly 569 million ton of cargo, including 414 million tons of international cargo and 155 million tons of domestic cargo, according to the Texas Department of Transportation.

Five of the state’s ports, including Houston, Beaumont, Corpus Christi, Texas City and Port Arthur, are ranked in the top 20 U.S. ports by total tonnage, with Houston ranked as second.