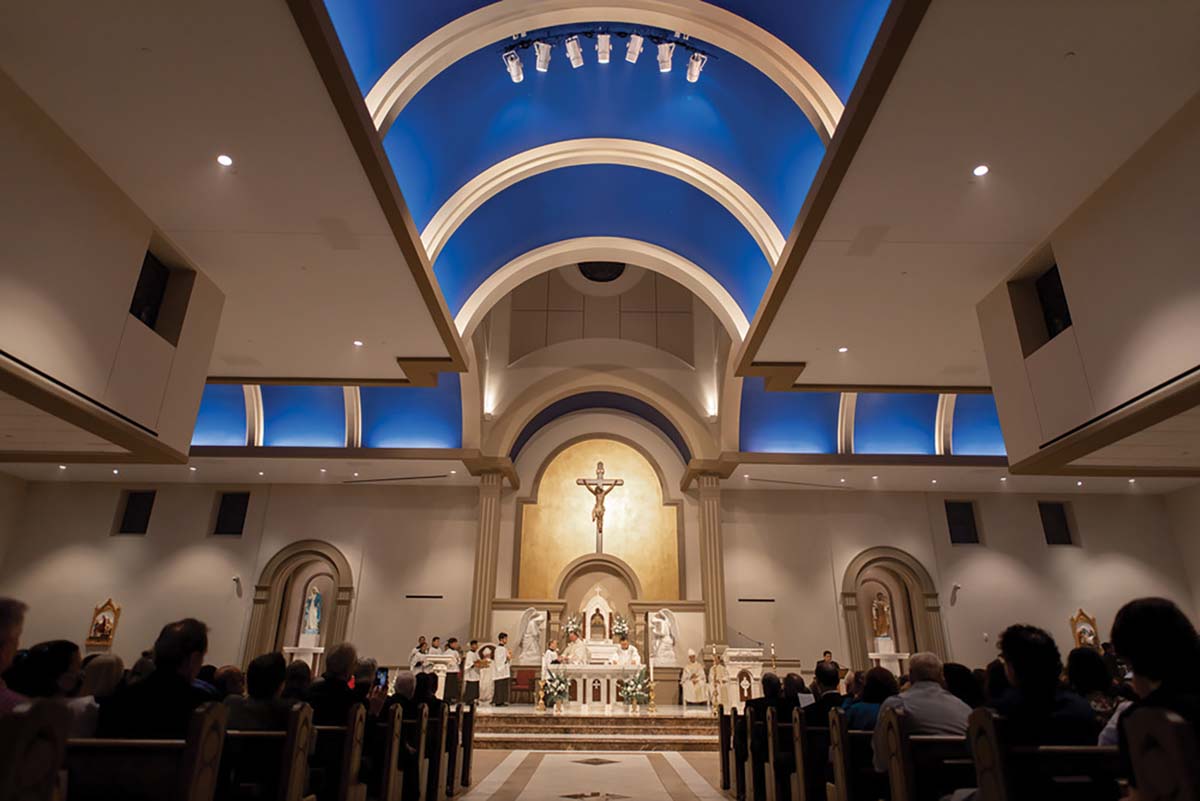 The new church is in the shape of a cross with cathedral seating facing the sanctuary on either side of the main aisle and includes barrel ceilings painted blue to depict the heavens above. (Photos by Jason Snow Photography)

“This momentous occasion is the culmination of the hard work and determination of the many members of St. Matthias Parish who have contributed their time and gifts for the building of this church,” Cardinal DiNardo said. “More importantly, though, this new church gives glory to God as a fitting dwelling for our Eucharistic Lord and as the place where you will gather day after day to offer the Holy Sacrifice of the Mass.”

Concelebrating with Auxiliary Bishop Italo Dell’Oro; Father Tom Rafferty, vicar for Clergy and director of the Secretariat for Clergy Formation and Chaplaincy Services for the Archdiocese; Father Norbert Maduzia, pastor of St. Ignatius of Loyola Catholic Church in Spring; and Father Christopher Nguyen, pastor of St. Matthias Catholic Church, there were approximately 22 priests in attendance to witness the Mass of Dedication and Consecration.

Father Nguyen said it was a day of rejoicing.

“Having been prospered by the Lord who enabled us by His grace, we now have our new beautiful church,” he said. “This sacred place is set aside for us to worship the Lord and to invite more people to share God’s gift with us at the Eucharistic Table.”

Father Nguyen said the new church allows the parish to grow as the Magnolia community is growing rapidly.

“There are many new homes either under construction or communities planned; our new church will provide a welcoming space to worship Our Lord,” he said.

Daniel Cardinal DiNardo pours chrism oil over the altar the new church building of St. Matthias Catholic Church in Magnolia during a Mass of Dedication and Consecration on Feb. 11. 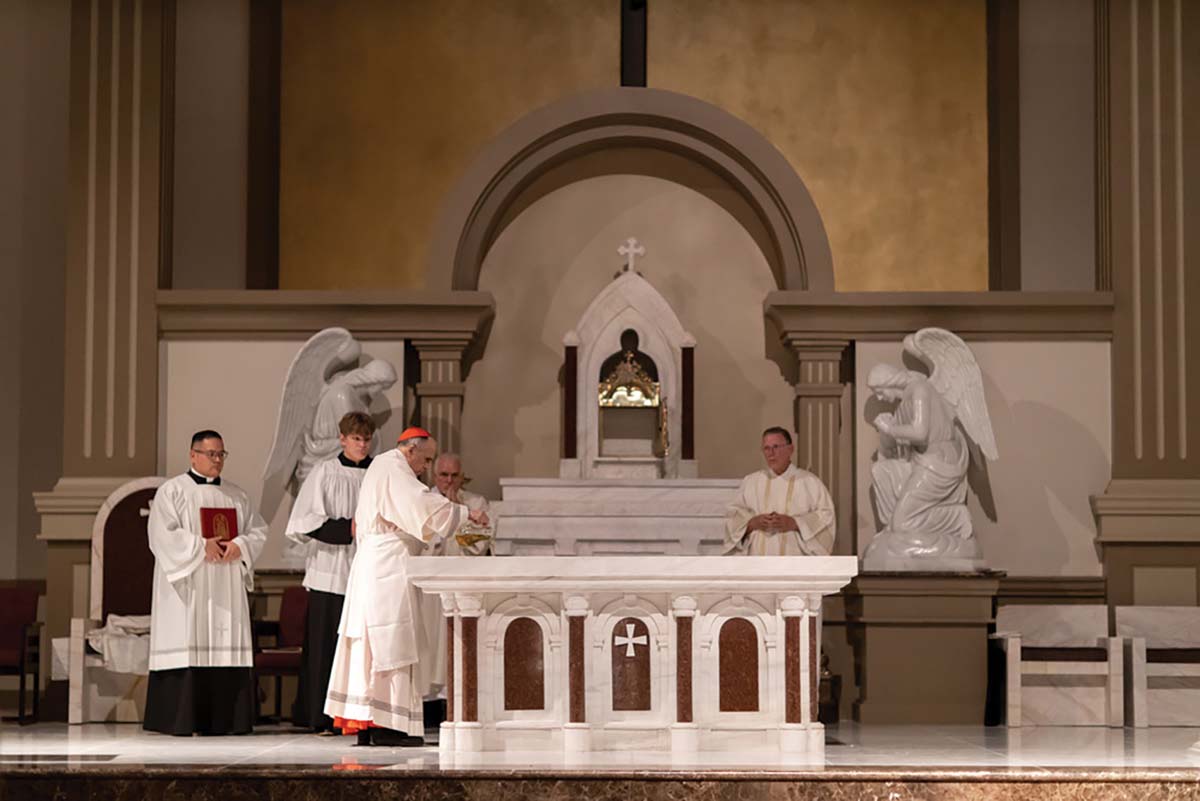 Named after the 13th apostle who replaced Judas Iscariot, the new church can seat “approximately 850” and could expand to 1,000 with more pews, he said. An attached chapel can seat 100.

Additionally, a new St. Vincent de Paul pantry building has enabled volunteers to help more people in need than ever before. The project also included a new open-air pavilion and a storage building.

The new church, which is in the shape of a cross with cathedral seating facing the sanctuary on either side of the main aisle, includes a spire at the front and a dome over the sanctuary. It is adorned with 35 stained glass windows and statues of St. Matthias, St. Paul and the other 11 Apostles.

Statues of Mary and Joseph were moved from the old church and are on the back wall on either side of the sanctuary. Additional seating is on the left arm of the cross, while the choir will sit on the right arm of the cross. The barrel ceilings of the nave are painted blue to depict the heavens above.

Origins of the St. Matthias community began in 1972, when two local residents sought out a local priest to start a new Catholic community in Magnolia. There were an estimated 150 Catholic families in the Magnolia area, prompting the creation of St. Matthias in 1978. The previous church was build and dedicated in 1989.