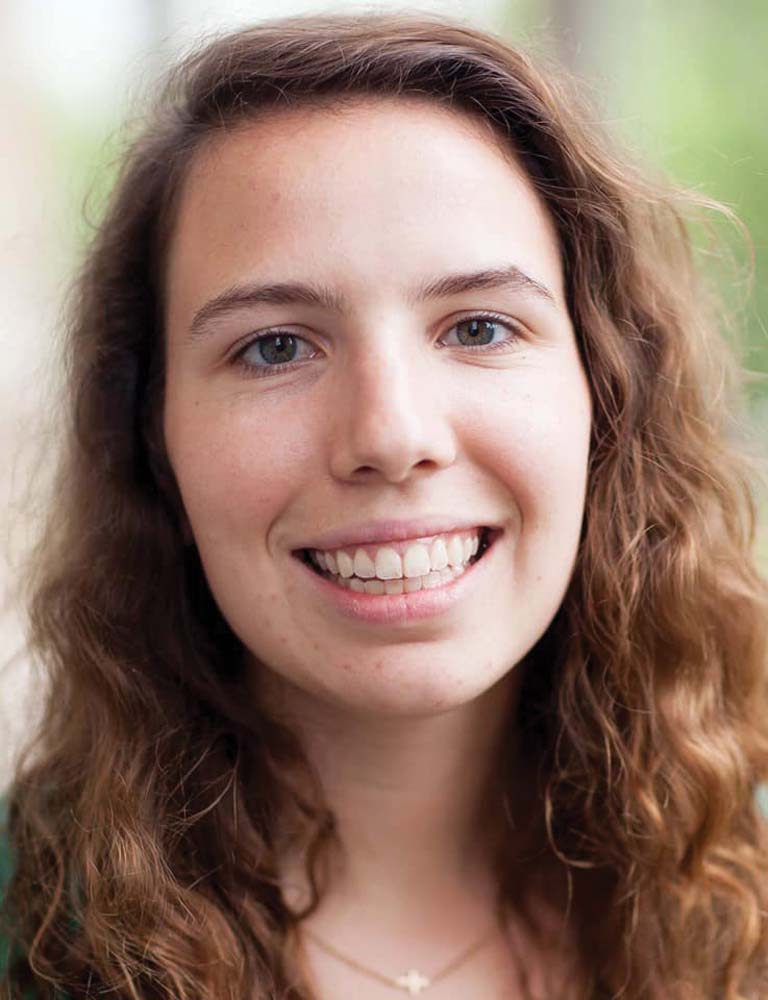 GALVESTON — A “bright and gifted” youth minister Katarina Goitz of the Archdiocese of Galveston-Houston died June 24 in Illinois when her car was rear-ended as she was enroute to Chicago O’Hare Airport after attending a University of Notre Dame event.

Goitz, 25, was killed in the Monday morning crash when the Hyundai Accent she was driving on the Dan Ryan Expressway slowed to a stop behind a lane closed by a maintenance vehicle with its emergency lights on, Illinois State Police said in a statement.

The vehicles were stopped in the far right lane, but a white van crashed into the rear of the Hyundai and also hit the rear of the maintenance vehicle, which belonged to the Illinois Department of Transportation, state police said. The driver of the van fled on foot.

Tim Colbert, director of the Office of Adolescent Catechesis and Evangelization (OACE), said, “The OACE and the entire youth ministry community mourns the loss of Katarina. She was a bright and gifted youth ministry leader. Her passion for the Lord, for the Church and for bringing the love of Christ to all she met will be sorely missed. May the angels of the Lord receive her soul and present her to God the Most High.”

She had been celebrating a 15-year anniversary of the Echo program at University of Notre Dame where she had previously attended and was returning to her youth ministry in Galveston. The heart of Echo’s mission is to form young adults to be ministerial leaders through a two-year, service ministry apprenticeship.

In a 2016 reflection posted on the University of Notre Dame Alumni Association website, Goitz wrote, “Instead of despairing with the thought that we have no time, we simply need to create time intentionally and include God throughout our day with more constant communication.” She concluded, “Like the bridesmaids who ‘took flasks of oil with the lamps,’ we need to prepare.”

Her funeral service and Mass was held July 6 at Our Lady Star of the Sea Parish in Grosse Pointe, Michigan where Goitz was originally from, along with Memorial Masses June 30 at St. Patrick Church in Galveston, where she was serving as youth minister, and July 13 at Resurrection Catholic Church in Houston where she spent two years serving during the Echo program. Goitz’s burial was at Cedar Grove Cemetery at the University of Notre Dame.

Father Jude Ezuma, pastor of Holy Family Parish in Galveston, said, “Katarina was beloved by all. She joined our parish family last August as our new youth director and has infused vigor into the program through her gentleness, piety, kindness, hard work, dedication and love of God.”

Father Ezuma said Goitz was “ever soft-spoken,” but “she was resilient in spirit and strong in her faith.”

“There were times when I had gone into the chapel at the end of the day to say a ‘quick’ prayer before going home, and there, tucked in a corner of the chapel, was Katarina, quietly praying before the Blessed Sacrament. I was so encouraged and challenged by her genuine faith and piety.”