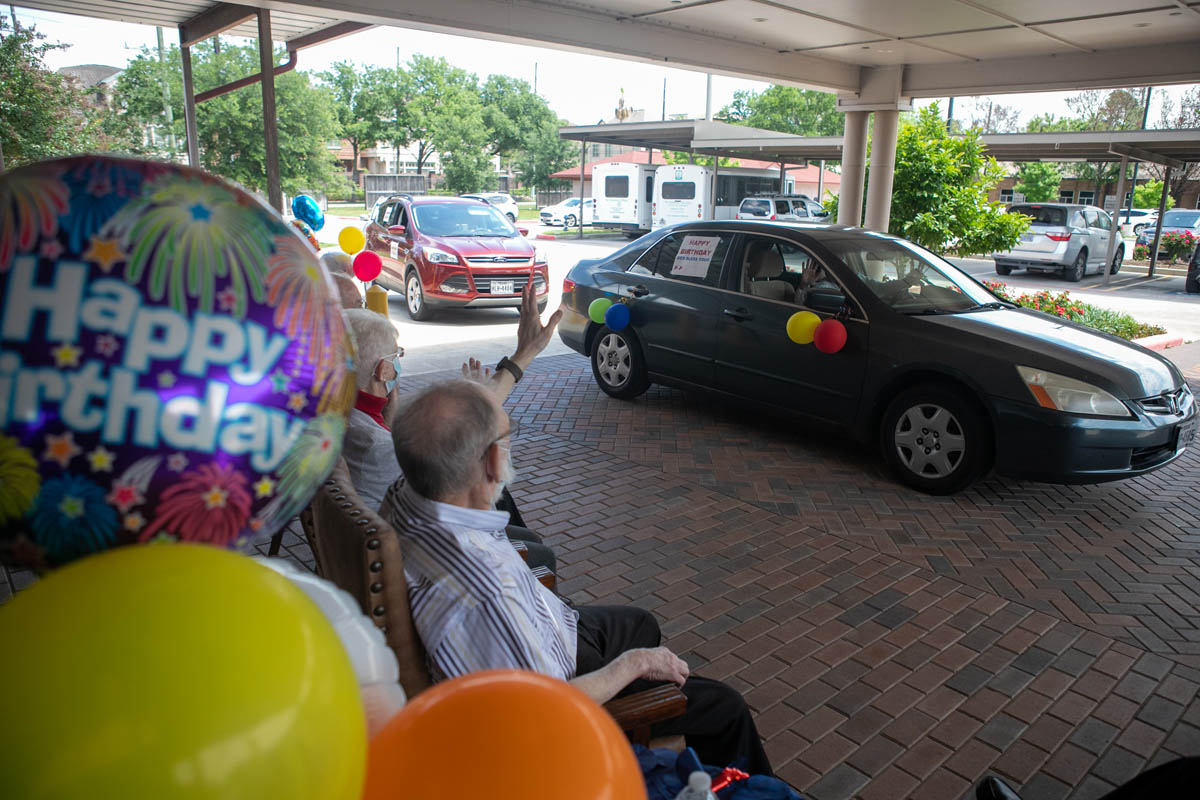 Auxiliary Bishop George A. Sheltz greets a colleague during a drive-thru parade celebrating his 75th birthday held at the Archbishop Joseph A. Fiorenza Priest Retirement Residence in Houston. Family, friends and colleagues turned out to mark the milestone occasion. (Photos by James Ramos/Herald) 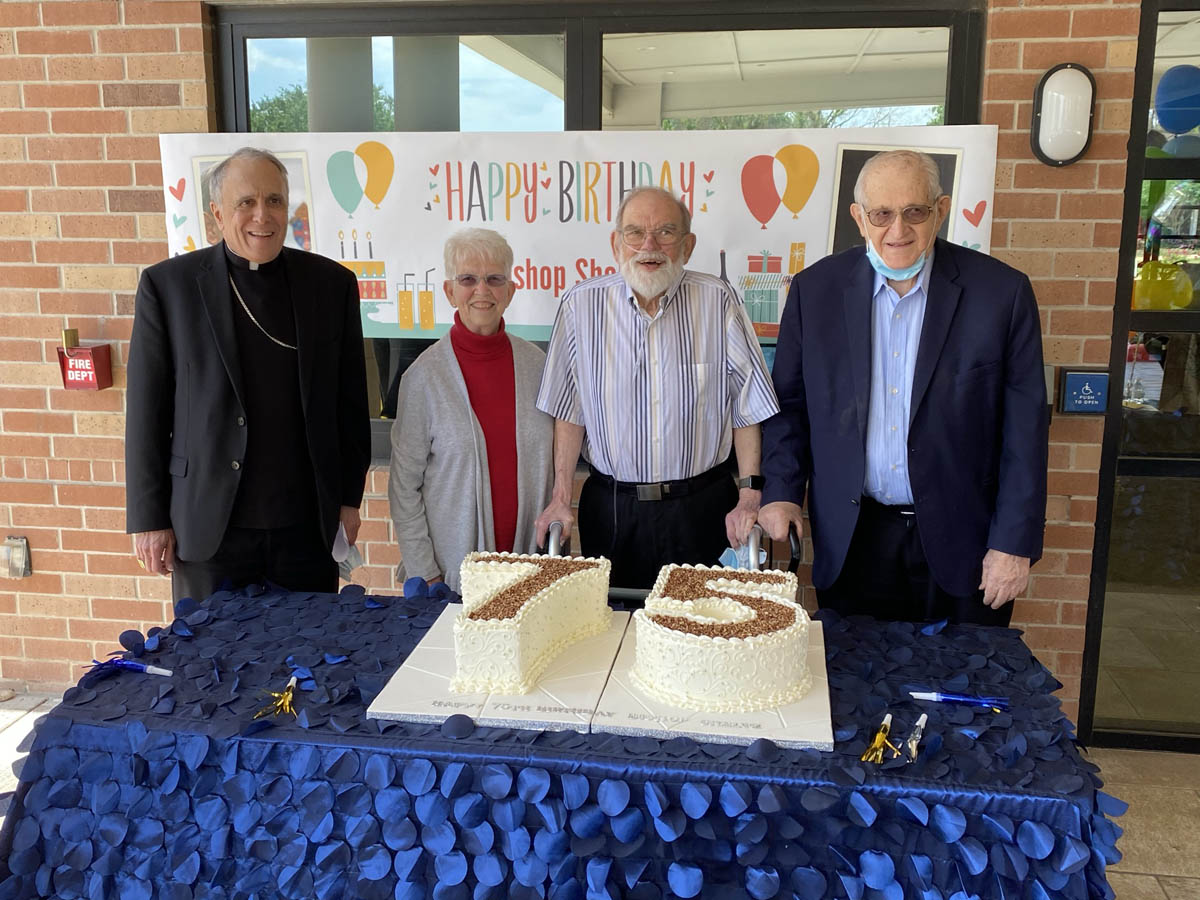 HOUSTON — Bells, balloons and a large birthday cake helped mark the festivities as Auxiliary Bishop George A. Sheltz celebrated his 75th birthday on April 19 with a drive-through parade at the Archbishop Joseph A. Fiorenza Priest Retirement Residence in Houston.

Archbishop Emeritus Joseph A. Fiorenza joined Daniel Cardinal DiNardo, family, close friends and Archdiocesan colleagues and staff for a parade with special prayers, cheers, messages and greetings for Bishop Sheltz. Vehicles of all sizes were brightly decorated with handmade signs, colorful balloons, and of course, honking.

In February, Bishop Sheltz was hospitalized due to some health concerns. Since then, he has been recovering while undergoing physical therapy. 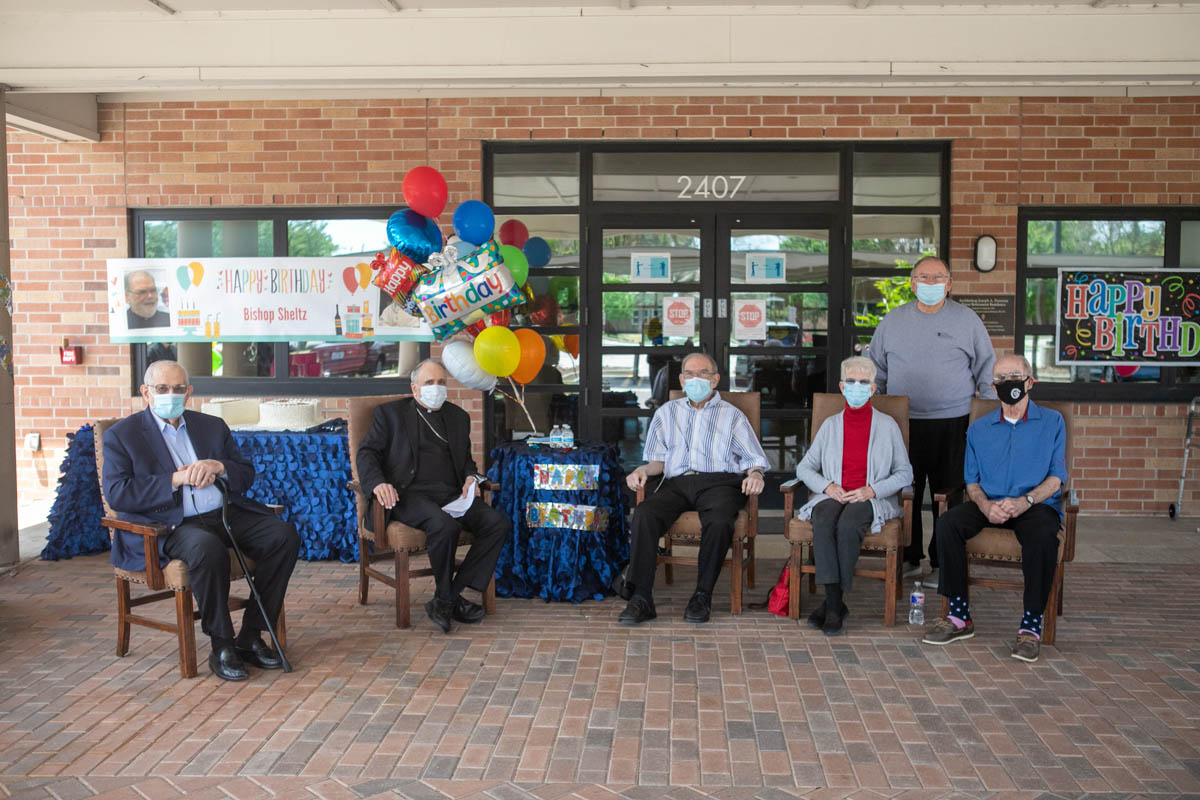 Since 2010, Bishop Sheltz has served as vicar general, chancellor and moderator of the Curia for the Archdiocese, overseeing the administrative operations of the largest Roman Catholic diocese in Texas and the fifth largest in the United States. On Feb. 21, 2012, he was named an auxiliary bishop of Galveston-Houston by Pope Benedict XVI.

Bishop Sheltz comes from a family of Houston vocations. His father, Deacon George Sheltz Sr., was in the first class of permanent deacons ordained for the diocese in 1972. His late brother, Anton Sheltz, was ordained a priest for the then-Diocese of Galveston-Houston in 1976.

His uncle, Monsignor Anton Frank, was the first native Houstonian ordained for the diocese in 1933.