AUZENNE: Honoring the Blessed Mother - What’s in a name?

By Amy Auzenne, Office of Evangelization and Catechesis 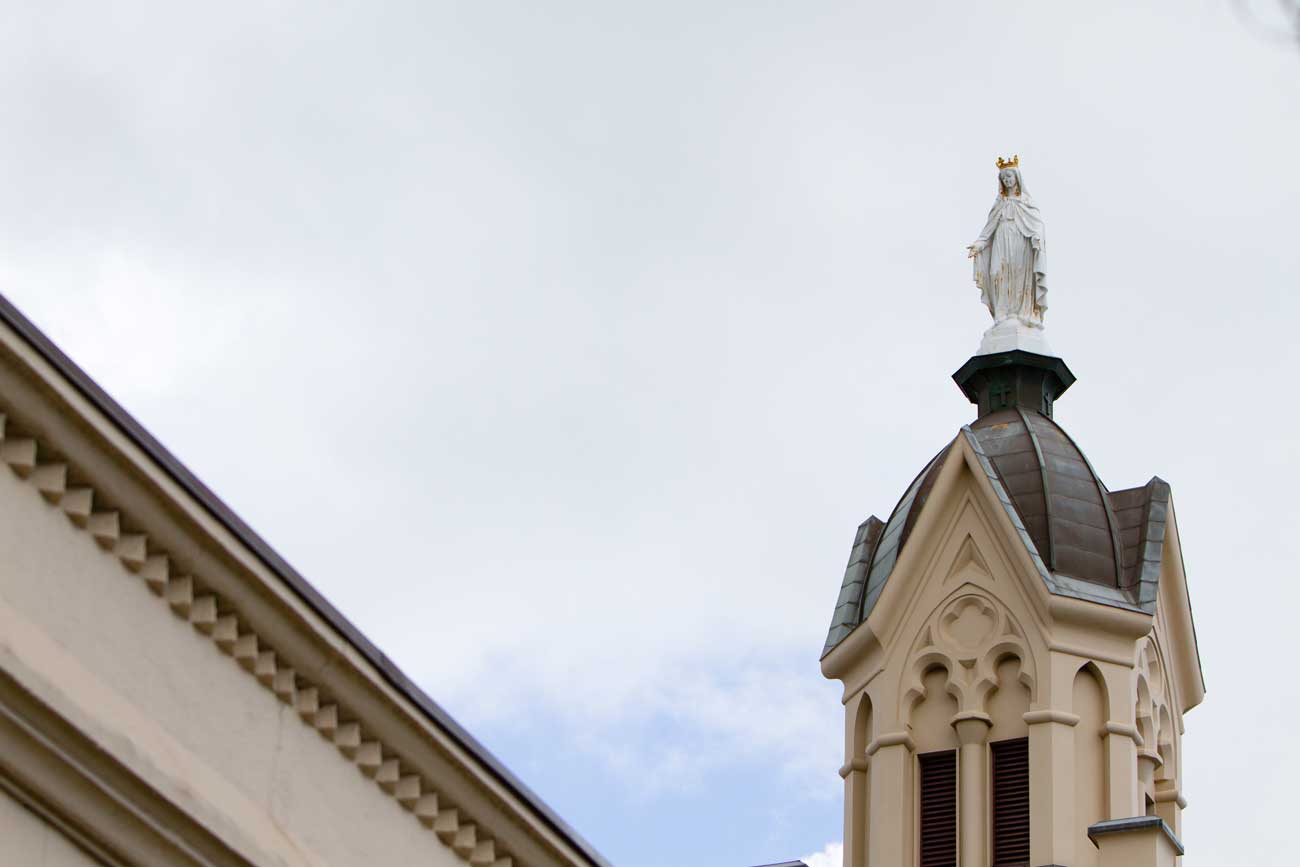 While the rest of the world spent the first day of the new year recovering from their celebrations the night before, Catholics celebrated Jan. 1 as the Feast of Mary, Mother of God.

In our Archdiocese, nearly 40 parishes are named in honor of Mary; the beautiful diversity of these communities reflects her role as both mother and evangelist.

Here are just a few of the titles used to honor the Mother of God in our local Church and a little about the parishes which bear them:

Our Lady of LaVang Parish on the north side of Houston is named in honor of the patroness of Vietnam. Her story is linked to a time of great persecution of Christians in Vietnam during the late 18th century. Fearing imprisonment and torture, many Vietnamese Catholics fled their homes and took refuge in the jungle. Hungry and injured, they gathered each night at the foot of a large tree to pray the Rosary and ask for God’s protection.

Our Lady Star of the Sea Parish near the Houston Ship Channel was founded as an African American parish in 1950 with the help of the Josephite Fathers. Since many of the founding members worked on or near the Port of Houston, they placed themselves under the patronage of Mary, Star of the Sea and asked for her protection.

This ancient title for the Blessed Mother is based on the writings of St. Jerome in the fourth century; it emphasizes Mary’s role in guiding souls through the rough waters of life toward eternal life in Christ. For African American Catholics, this title for Mary takes on special meaning in light of the treacherous Middle Passage, which brought millions of enslaved African men, women and children across the Atlantic Ocean to the Americas.

Our Lady of St. John (Nuestra Señora de San Juan de los Lagos) parish in northeast Houston takes its name from an image of the Immaculate Conception in the shrine of the Basilica of San Juan del los Lagos in Jalisco, Mexico.

The story of Nuestra Senora de San Juan begins with the miraculous healing in 1623 of a child who was killed in an accident. When the body of the child was brought to the church for burial, the wife of the parish caretaker encouraged the grieving family to have confidence in the Blessed Mother. She placed the statue of the Immaculate Conception near the body, and the child was restored to life. Following this miracle, the basilica became a major pilgrimage site as devotion to Mary under the title of Nuestra Señora de San Juan grew among the faithful.

Just as every language has a familiar word for “mother,” it seems that our Blessed Mother has a title that is special to each of her children. In this new year, let us remember to call upon Mary with the confidence of a child.

Amy Auzenne, MSW, MACE, is the director of the Office of Evangelization and Catechesis.