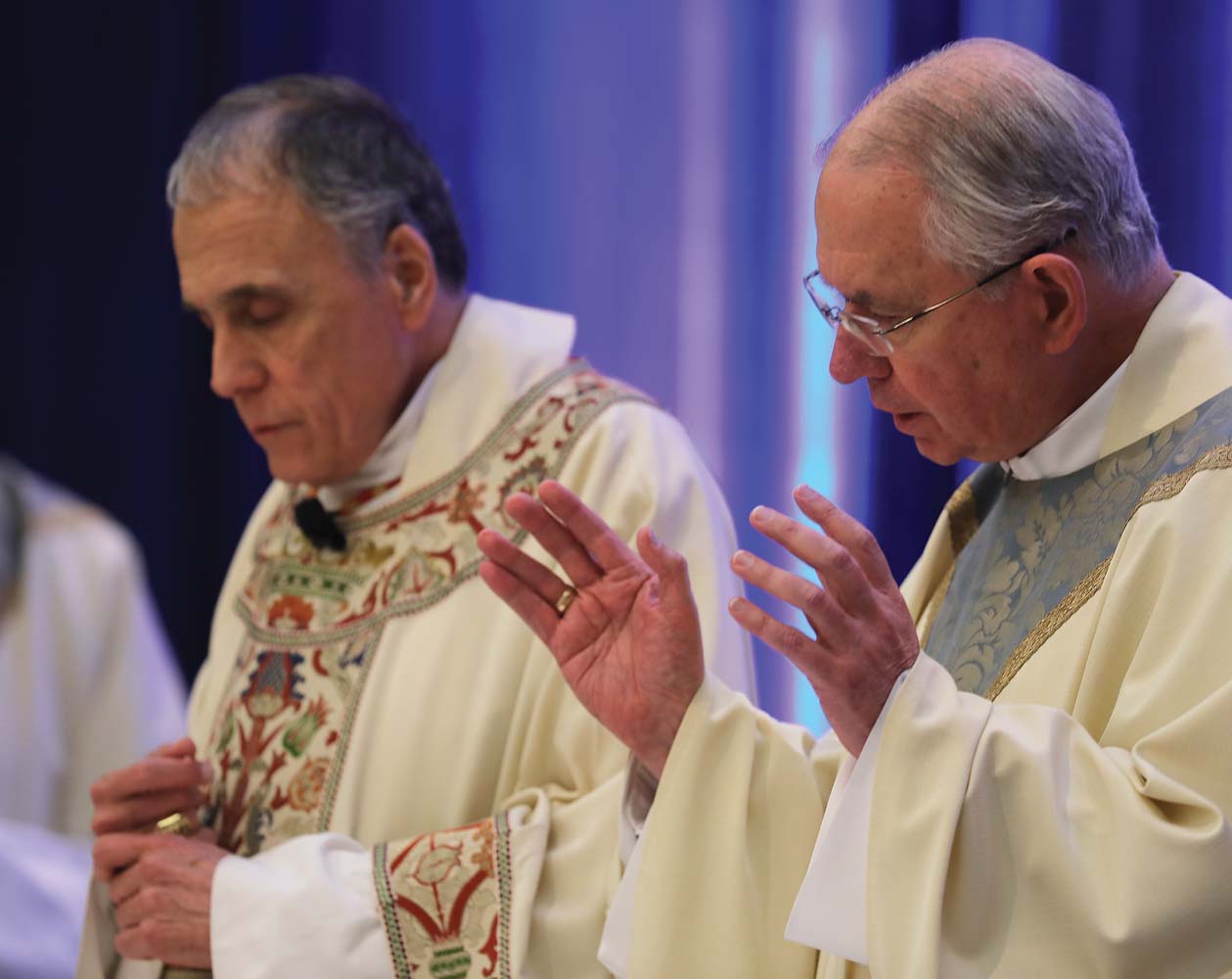 BALTIMORE (CNS) — In his final address as president of the U.S. Conference of Catholic Bishops, Cardinal Daniel N. DiNardo of Galveston-Houston told his fellow bishops that it has been “an honor to serve you, even in the difficult times.”

The 70-year-old prelate thanked the bishops, whom he called brothers, for the last three years and was thanked by them in return when the group gave him a standing ovation at the end of his nine-minute presentation Nov. 11 at the start of the bishops’ annual fall meeting in Baltimore.

“Let’s begin anew,” he said, at the close of his address, veering away from his prepared remarks, and quoting St. Augustine.

Cardinal DiNardo, who suffered a mild stroke earlier this year, did not elaborate on specifics of the abuse crisis in the church, particularly highlighted this past year, but spoke of the bishops’ continued work of transparency related to dealing with the crisis. He said the abuse measures adopted by U.S. bishops at their meeting last June are “only a beginning. More needs to be done.”

He also pointed out that Pope Francis has “ushered in a new era for bishop accountability” with worldwide measures of accountability.

“My service as president has been a continual reminder that, indeed, the light shines in the darkness and the darkness has not overcome it,” he said, possibly alluding to challenges beyond the walls of the church.

Cardinal DiNardo also spoke about how today’s culture has been overtaken by various ideologies, political divisions and coarse rhetoric.

“As the followers of Christ, let us take a different path. Follow a simple truth: God is always courteous. Let us be courteous,” he urged the bishops.

The cardinal highlighted key aspects of the work of the U.S. church that he witnessed firsthand in visits during the past few years with Catholic volunteers and migrants at the border, pro-life efforts to protect the unborn and his own conversations with those who had been abused by church leaders.

He said he went to the border with fellow bishops because “Jesus was already there.”

Speaking to broader audience, he invited “everyone who may hear this to share our journey of solidarity with migrants and refugees.”

He praised the work of volunteers at the border and also for those working at pregnancy centers around the country and those working in public policy arena promoting health care that is comprehensive enough to “nurture every child’s right to life.”

Again, speaking to those who might be watching the meeting, the cardinal urged women considering an abortion to call a Catholic parish where they would be provided with potential resources to help.

“The continued fight to defend unborn children” is a significant challenge and the church will continue in this work, he said, as long as “long as the most innocent lives are left unprotected.”

On the issue of clergy sexual abuse, he said his life had been “forever changed” by meeting with abuse survivors, saying even though some in the church didn’t listen to them, they refused to be “relegated to the shadows.”

Their witness, he said, not only brought help to other survivors but it also “fueled the resolve” of fellow bishops to respond with pastoral support and prevention programs, background checks and zero tolerance policies. Survivors have “empowered us with the knowledge needed to respond,” he said.

“We must never stop striving for this justice” for those abused within the church, and to work to be sure it never happens in the future, he stressed.

In an earlier new conference Cardinal DiNardo also reiterated that he still has the hope he had a year ago and that he had expressed at the beginning of his term as president, but he also acknowledged he had no idea three years ago the “rough ride” he would face.

Archbishop Jose H. Gomez of Los Angeles was elected to a three-year term as USCCB president.

The native of Mexico was chosen Nov. 12 with 176 votes from a slate of 10 nominees. Archbishop Gomez’s term began when the assembly ended.

Archbishop Gomez, 67, is the first Latino to be elected president.

He has served as conference vice president for the past three years, working alongside Cardinal DiNardo.

In subsequent voting, Archbishop Allen H. Vigneron of Detroit, conference secretary, was elected vice president.
He was selected by a 151-90 vote in a runoff with Archbishop Timothy P. Broglio of the U.S. Archdiocese for the Military Services.