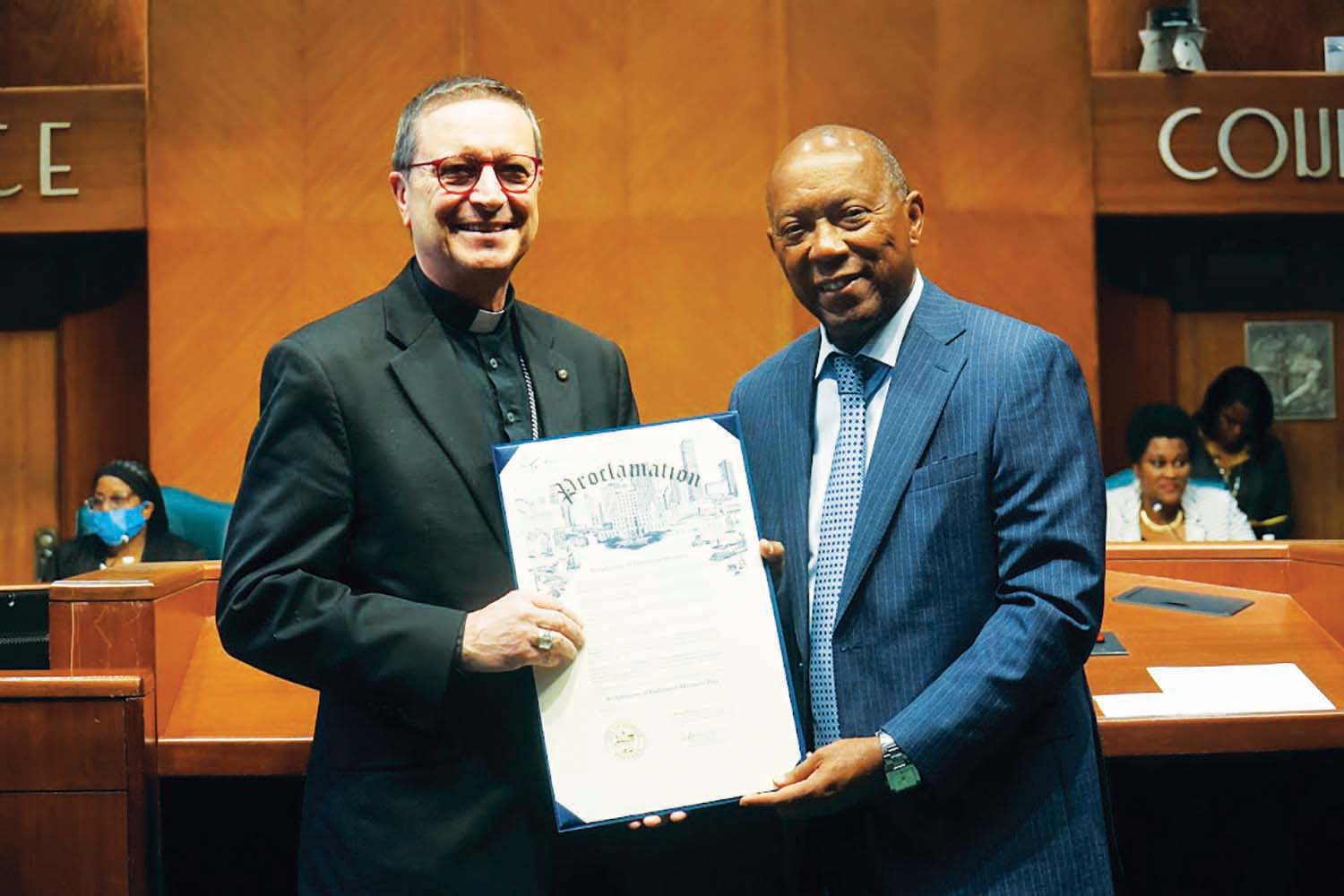 GALVESTON-HOUSTON — May 4 rang in the beginning of a year-long celebration for the 175th anniversary of creating the new Diocese of Galveston that eventually expanded into the Archdiocese of Galveston-Houston.

The Apostolic See in Rome established the new diocese on May 4, 1847, “when the number of souls” grew in the Texas frontier.

To honor the anniversary, both the City of Houston and the City of Galveston are presenting proclamations to the Archdiocese as well as the State of Texas.

The mayor, who read the proclamation to the audience, stated, “Whereas, in 1985, Beaumont-born Bishop Joseph Fiorenza became the seventh bishop, and the first native to shepherd the diocese, which by then had grown to 1.2 million Catholics.”

Below: Bishop Christopher Byrne presided at a Mass to mark the 75th anniversary of the Diocese of Galveston and of St. Mary's Cathedral on March 14, 1922. Bishops from Texas, Louisiana, Arkansas and Alabama joined priests of the Diocese, religious women, and members of the laity to honor the "mother diocese" of Texas in the state's first cathedral. 100 years later, the Archdiocese began celebrating its 175 anniversary on May 4. (Photo from Archives of the Archdiocese of Galveston-Houston) 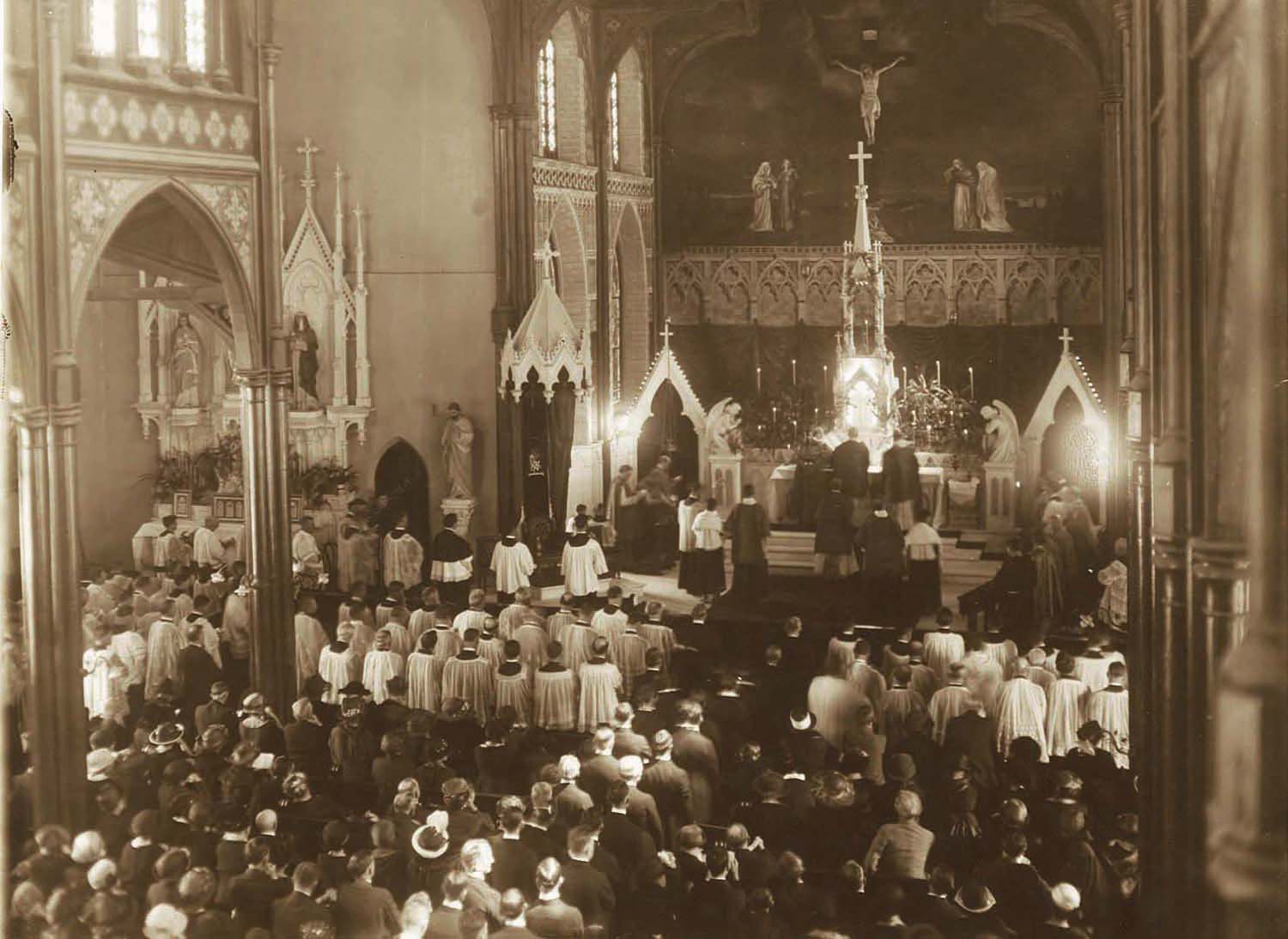 Bishop Dell’Oro thanked the mayor and City Council, saying, “The City of Houston and the Archdiocese are very similar – we are dedicated to the common good. To helping others. To making our city better.”

Turner also read in the proclamation that Daniel Cardinal DiNardo, selected by Pope Benedict XVI in 2007, remains the only American Cardinal in the southern United States, now leading 1.7 million individuals in 10 counties with 146 parishes and multiple ministries serving the communities.

Cardinal DiNardo is scheduled to receive a City of Galveston proclamation on May 26.

“God filled Bishop Jean Marie Odin — the first bishop in Texas — with strength to face the challenges of preaching the Gospel and bringing the sacraments to those living in the frontier land of Texas,” Cardinal DiNardo said. “With him were the Ursuline Sisters who made it their mission to educate Catholic children and to form them in the faith.”

Together, they built upon the foundation laid by Franciscan missionaries and others who had been ministering in Texas since the 17th century. As Pope Francis would remind us, they brought the Lord Jesus to the people on the peripheries,” he said. “While we celebrate and honor our past, the work of this local Church continues.”

These proclamations and a video are part of the official kick-off to the anniversary with events throughout the year into 2023, including special Masses and a gala next spring.