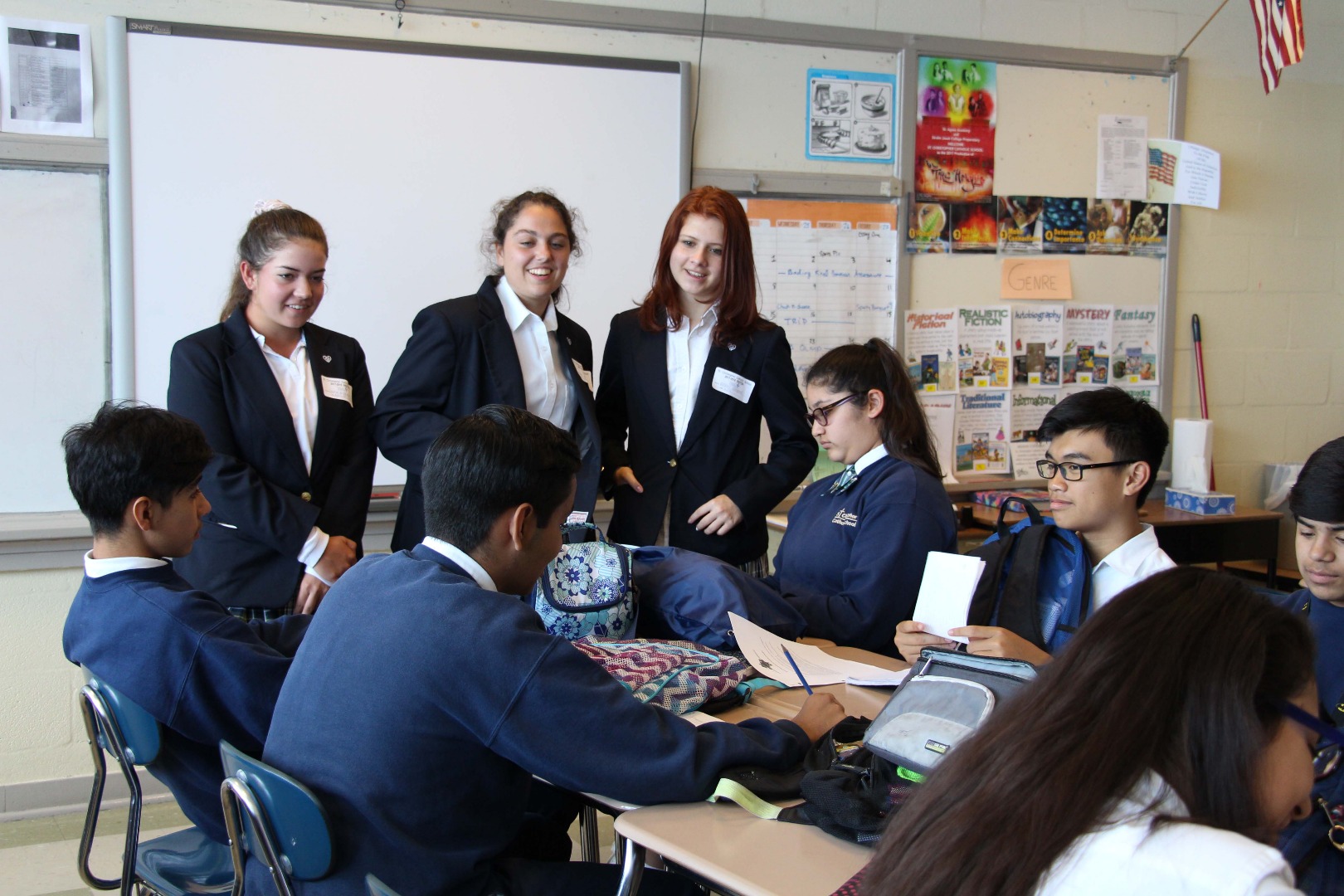 HOUSTON — Since The Cardinal’s Circle was founded in 2010, it has helped 13 Inner City Catholic Schools (ICCS) in the Archdiocese maintain a standard of academic excellence in curriculum and staff. Through an annual contribution of $5,000 each, members of The Cardinal’s Circle invest in the lives of students at the schools.

Students at Duchesne Academy of the Sacred Heart and St. Vincent de Paul Catholic School felt a call to help ICCS students be able to receive a Catholic education.

A group of juniors from Duchesne formed their own nonprofit organization called Houston Agape Alliance to raise money to purchase needed items for the schools this year.

“We took the things that we have learned from our education and strong faith community to reach out to others and improve the lives of children being educated in Houston,” Amelang said.

She said the main goal in their fundraising efforts is “to connect the funds directly to underprivileged schools in the Houston area to help better the education and experience for the children currently in school. We also hope that a better experience will inspire future generations to pursue higher levels of education such as college or university.”

“The money will be going to items that are not part of the school’s academic budget,” Morford said.

When the group visited multiple Catholic schools in the area, they noticed the most urgent needs normally involved books, technology and playground equipment.

“The playgrounds of a lot of schools don’t have a lot of equipment or space and sometimes it is just too hot outside for the kids to play there,” Klenke said. “I think kids need a space where they can let their energy out and have fun in order to be successful in school. For example, if the playground of a school doesn’t have any coverage overhead, the plastic or metal structures get too hot for the kids to play on, so we would be raising money for a canopy-like cover over the playground.”

Klemke was inspired to join the organization when she noticed how the first impressions of school for the elementary school kids would affect how much they enjoy learning.

“If we help to make a positive first impression then the ICCS kids will enjoy school throughout the years and stay on the right track,” she said.

Elisabeth Yoder, director of advancement at the school, said, “St. Vincent de Paul wanted to help with The Cardinal’s Circle because we were blessed with funds from Steps for Students and we wanted to share with our neighboring schools in need.”

The school had about 250 runners on their Steps team. Their donation assists ICCS in meeting the financial needs of the school community.

Morford, who wants to pursue a career in non-profit, said the schools need the continued support and donations of other organizations and people because “without their generosity most of these schools wouldn’t have some of the technology, supplies, or other amenities often taken for granted.”