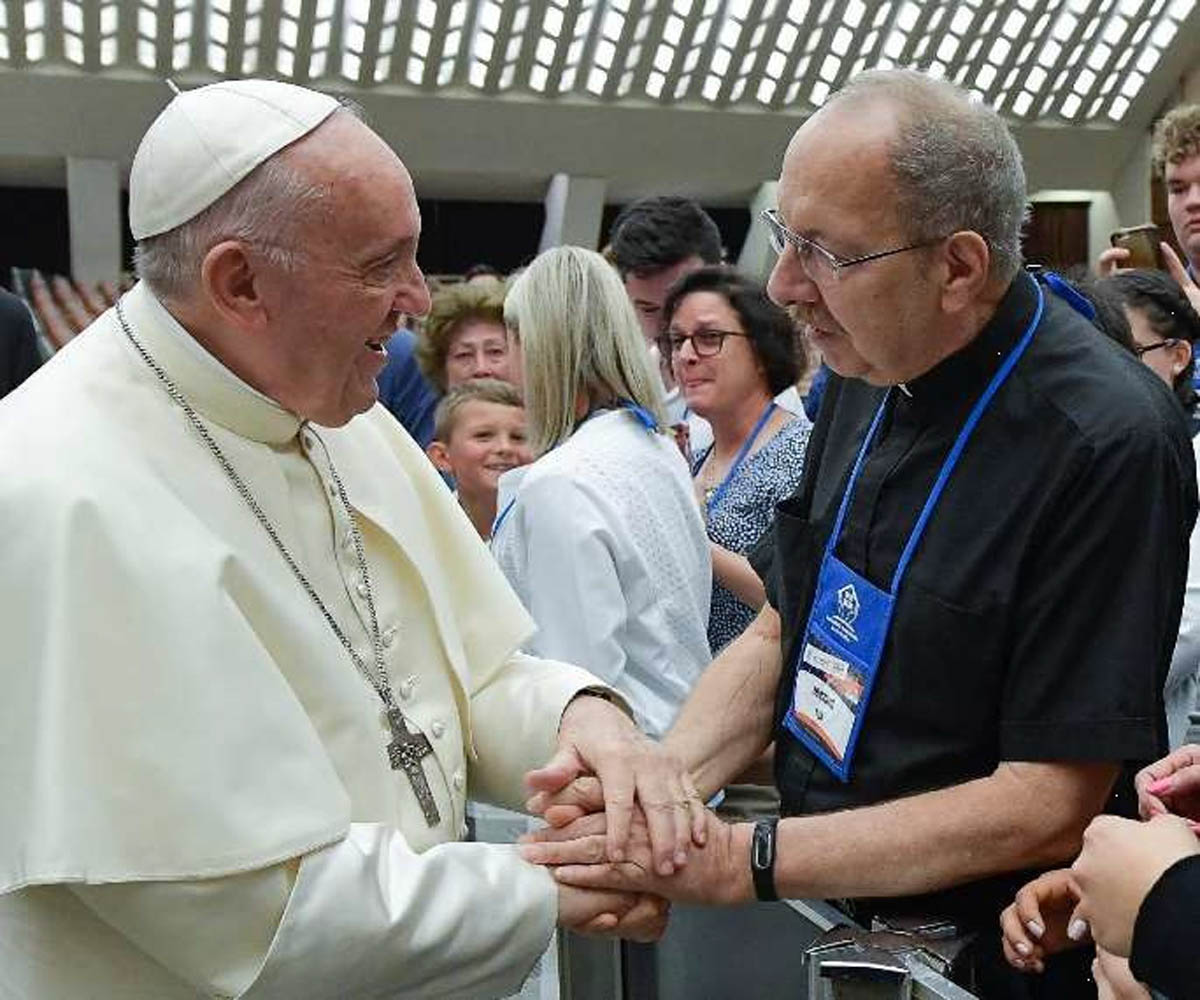 Father Len Broniak, C.Ss.R., chaplain and program director of the Archdiocese of Galveston-Houston’s deaf ministry, said, “It is a great step forward for open access to the Pope’s messages. I’m glad awareness is growing.”

The Archdiocese has ministered to the Catholic deaf community for more than 50 years, supported by Diocesan Services Fund, but that has not been the case in smaller dioceses, he said.

“The deaf community has been overlooked for such a long time. I hope this heightens awareness of the bishops throughout the world,” Father Broniak said.

The Vatican’s new “No One Excluded” project is an effort to reach out to people with disabilities, including plans to develop other technological tools that would help the disabled, including people with visual impairment and sensory issues, more easily access papal content.

While the coronavirus pandemic has isolated many people, those with disabilities have felt even more cut off from society, said Deacon Bruce Flagg, recently ordained this year as one of the few deacons who are deaf in the country.

Even those who could lip-read were at a disadvantage with mostly everyone wearing masks.

Assisting Father Broniak, Deacon Flagg said, “First of all, as a member of the deaf community, I want to thank Pope Francis for his dedication to inclusion on behalf of the deaf throughout the world. I feel that I am a direct recipient of his views in bringing Christ to all people.”

“I preach every other Sunday. This task takes a full week of researching, writing, rewriting and receiving a critique from my wife. Remember that American Sign Language is a completely different language than English, so there is not a word-for-word translation, but a conceptual one,” he said.

Although the number of deaf parishioners fluctuates around 250, there had been about 75 parishioners attending Sunday Masses offered by St. Dominic’s Deaf Center at Warren Chapel, 2403 Holcombe Blvd., but those have been placed on hold until the pandemic restrictions are lifted. Now the Masses are at Holy Ghost Catholic Church in the gymnasium on Sundays at 11 a.m., with only about 25 parishioners attending. Plus, those Masses are now recorded and posted on YouTube for those who are homebound.

Father Broniak, who is trilingual in English, Spanish and ASL, said, “It has been a very busy post-Easter week with two Baptisms, two deaths and a funeral” involving families with deaf members.

Deacon Flagg concurs on the busy schedule, “I assist Father Len at every Mass. I have also provided catechesis on the Rite of Baptism for two families and ultimately baptized both babies on Easter Sunday!”

“No one ever explained the pure joy that I would receive baptizing a baby or being a part of someone’s life. To me, that has been the biggest blessing since being ordained,” he said.