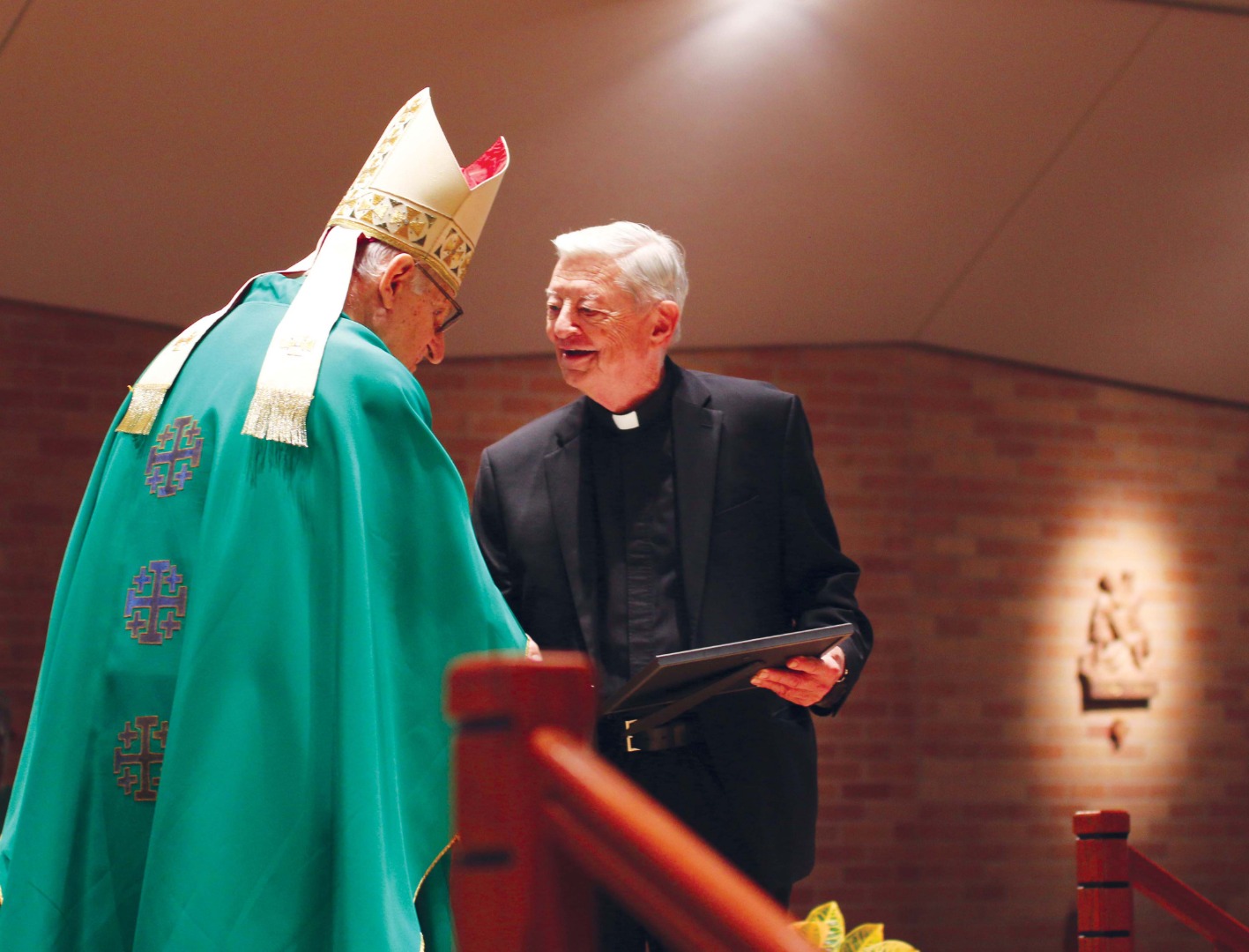 Archbishop Emeritus Joseph A. Fiorenza offered Mass at Corpus Christi Catholic Church in honor of clergy and religious who are 2018 jubilarians within the Archdiocese on Oct. 14.

This year, 40 priests and consecrated women are celebrating 25, 50, 60 and even 75 years of ordination or religious vows, totaling 1,645 years of faithful service and prayer, including Archdiocesan and religious priests and members of five congregations of women religious.

LA PORTE — The Serra Club of East Harris County honored clergy during their annual banquet at Monument Inn, Oct. 11. Dozens of active and retired priests and deacons were present among the numerous Serrans in attendance.

Serra International is an organization of Catholic men and women seeking to help the Church by fostering vocations to the priesthood and religious life.

“I just can’t say enough about how thrilled we are to have all of you priests and deacons here with us,” Pearl Campbell, Serra Club of East Harris County president, said. “You do so much for us, and this is just a small token of our appreciation. We know that you’ve ministered to all of us for so many years, and we thank you.”

The club’s chaplain, Monsignor Fred O’Connor, complimented the “very active, very energetic” club for all of their efforts to promote the priesthood and religious life.

“They do so many wonderful things to promote vocations,” he said. “We have Masses offered for all deceased priests and deceased members of the club, and we offer many other Masses during the year. We pray, we sacrifice, we do acts of charity and mercy — all for vocations and priesthood and religious life.”

Monsignor Eugene Francis, who was ordained to the priesthood with Monsignor O’Connor in 1952, reflected on the thousands of Masses and Sacraments both celebrated in their years of priestly life.

(Monsignor O’Connor said the retired priests have known each other for 77 years: “Four years in high school, seven years in the seminary and 66 years in the priesthood.”)

“Isn’t the priesthood wonderful?” Monsignor Francis said. “Every priest is different. We are human but we are priests and we’ll be priests forever. How beautiful of a gift God has given to us and to the future priests. We’re here to heal the soul and bring people to God.”