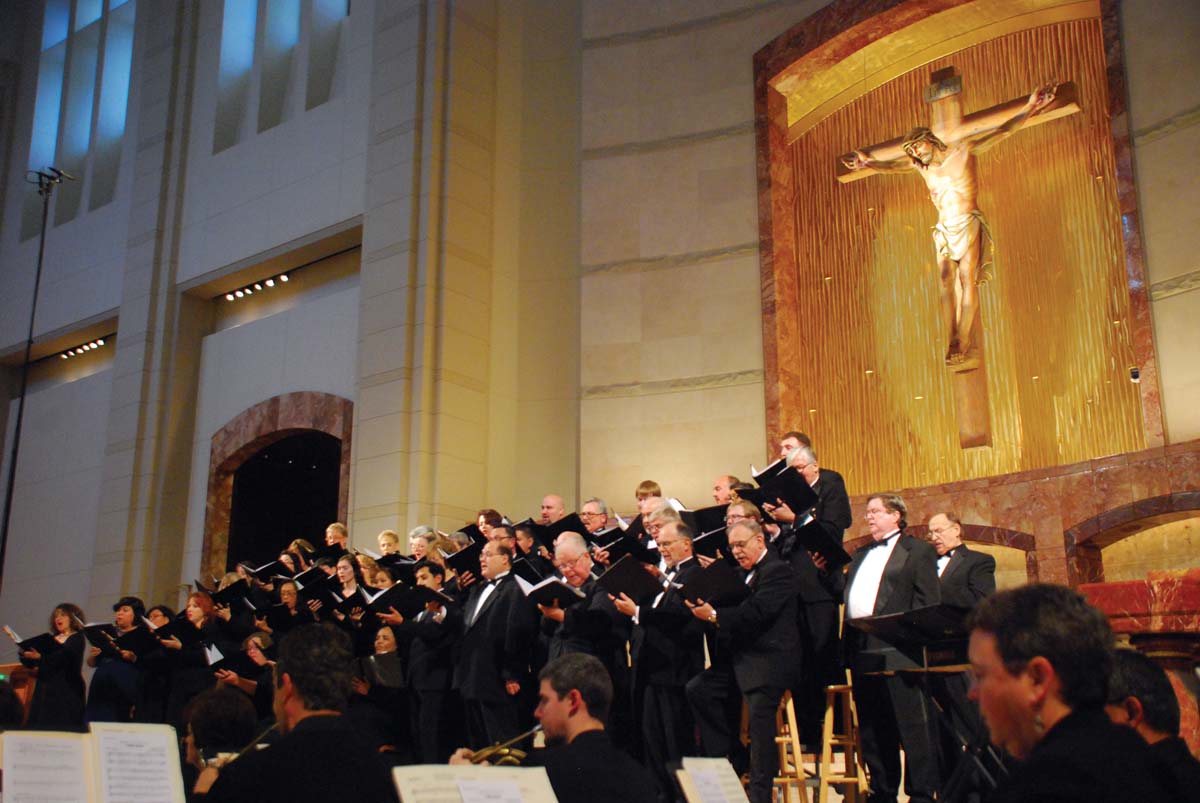 HOUSTON — The Archdiocesan Choir, under the direction of Dr. Rick Lopez, presents the ninth annual “In Memoria” concert, which will be held at two locations this year.

At 7 p.m. on Wednesday, Nov. 15, the concert will be at Prince of Peace Catholic Church, located at 19222 Tomball Pkwy. in Houston. This concert is free to the public.

Both concerts will feature the Archdiocesan choir as well as the adult choir from St. Ignatius of Loyola Catholic Church in Spring. The members of the parish choir from St. Francis of Assisi will join in the performance during the first half.

Dr. Lopez, an associate director in the Office of Worship who serves in Liturgical Music Ministry, said both are benefit concerts and will have free-will offerings.

The concert will feature the “Requiem” for chorus, orchestra and soloists by well-known British composer John Rutter. In addition the first half will include hymns and songs of comfort and consolation for those affected by Hurricane Harvey, Irma and the earthquakes in Mexico.

The event began as a way to remember and honor those that have been lost in the past year on All Saints Day and All Souls Day.

“Beginning with All Saints and All Souls Day, November is traditionally the month of Remembrance for our Church,” Dr. Lopez said. “The sacred music we have presented has always been chosen with that theme in mind.”

Before Hurricane Harvey devastated Texas’ south coast, the concert had been planned to have the first concert hosted at St. Ignatius of Loyola, which was destroyed by floods.
“When it was clear that the Harvey damage would not let us have it there, we decided to still have the concert and help the parish as well. Prince of Peace agreed to host the Nov. 15 performance,” Dr. Lopez said.

For more information or to purchase tickets online for the Nov. 19 show, visit www.archgh.org/InMemoria.