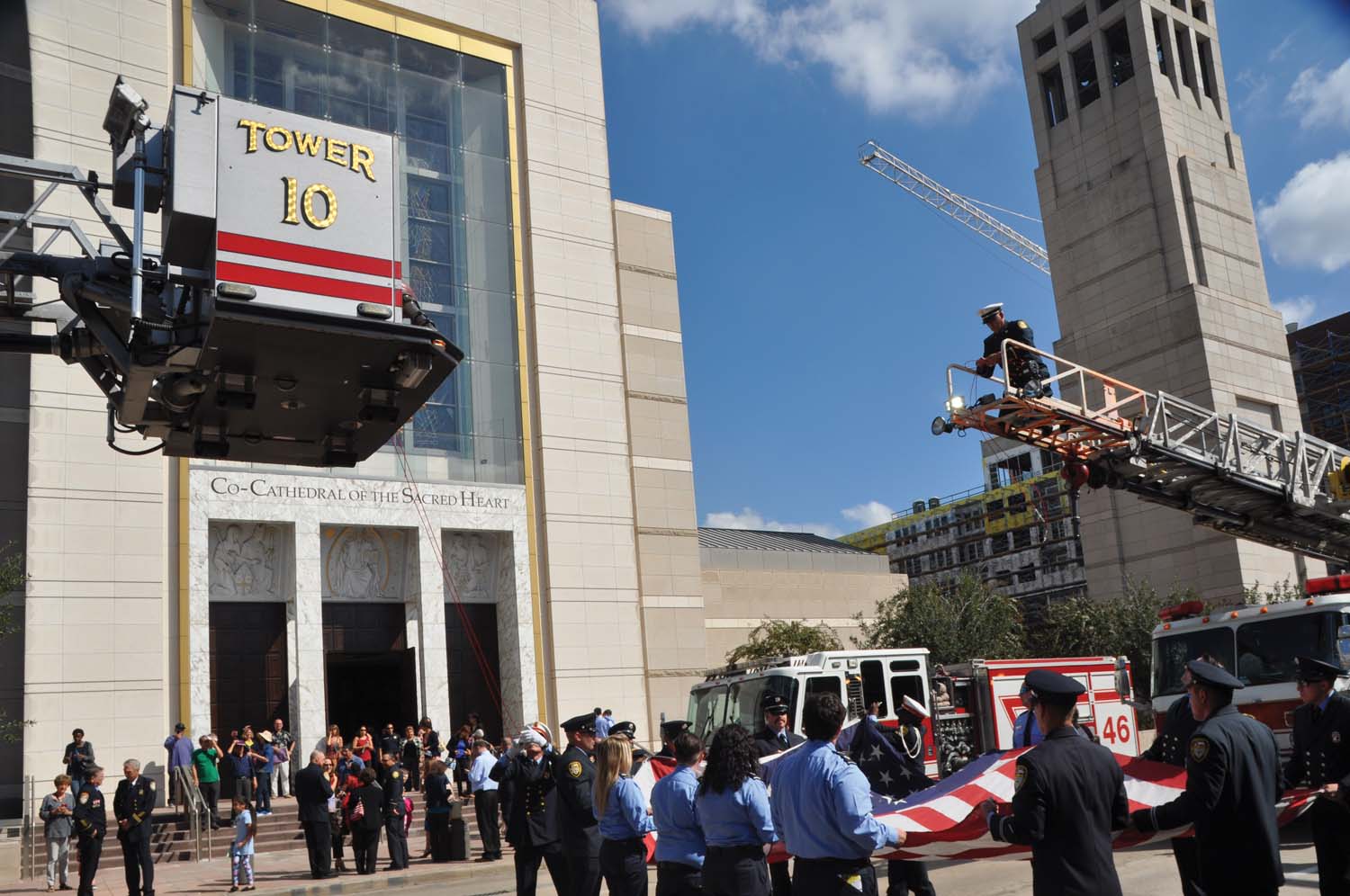 Archbishop Emeritus Joseph A. Fiorenza is set to celebrate the Oct. 13 Firefighter Mass at the Co-Cathedral of the Sacred Heart. The annual Mass honors firefighters within the Archdiocese for their service. (Herald file photo)

HOUSTON — The Archdiocese will thank and pray for all firefighters dedicated to protecting the lives of residents and their property at the Annual Archdiocesan Firefighters Mass set for 11 a.m. Sunday, Oct. 13.

Before the Mass, firefighters from Houston and surrounding departments will line up to process in together. The Mass, celebrated by Archbishop Emeritus Joseph A. Fiorenza and sponsored by the Saint Florian Society of the Archdiocese of Galveston-Houston, will be held at the Co-Cathedral of the Sacred Heart, located at 1111 St. Joseph Pkwy. in downtown Houston.

“The modern firefighter does more than fight fire; they respond to medical emergencies, hazardous material incidents, rescue people who are trapped during building collapses or vehicle crashes, respond during natural disasters and are the first line of defense in the case of terrorist attacks,” said Chief Chris Chavez, Mass organizer and Houston firefighter.

“Sometimes these rescues come with a high cost to the firefighters, as many are killed or maimed each year doing their job. The life of a firefighter is one built on self-sacrifice to their families and to the community they serve. So, during fire prevention month in October, we seek to honor this sacrifice and ask for God’s blessing for the firefighters of our community,” Chavez said.

The tribute of 39 names this year includes former Houston Fire Department Chief Joseph Perino, who led the department from 1976 to 78 and previously headed the Fireman’s Union. He died Feb. 17 at the age of 88.

Fire trucks will line the street in front of the Co-Cathedral with crossed ladders hoisting a large U.S. flag. Father Lawrence Jozwiak, pastor of the Co-Cathedral, will give a special blessing to the firefighters along with their Fire/EMS equipment and fire apparatus immediately after Mass.

The Archdiocesan Annual Firefighters Mass is open to active and retired firefighters, their families and the general public.