By Gail Sowell, Special to the Herald 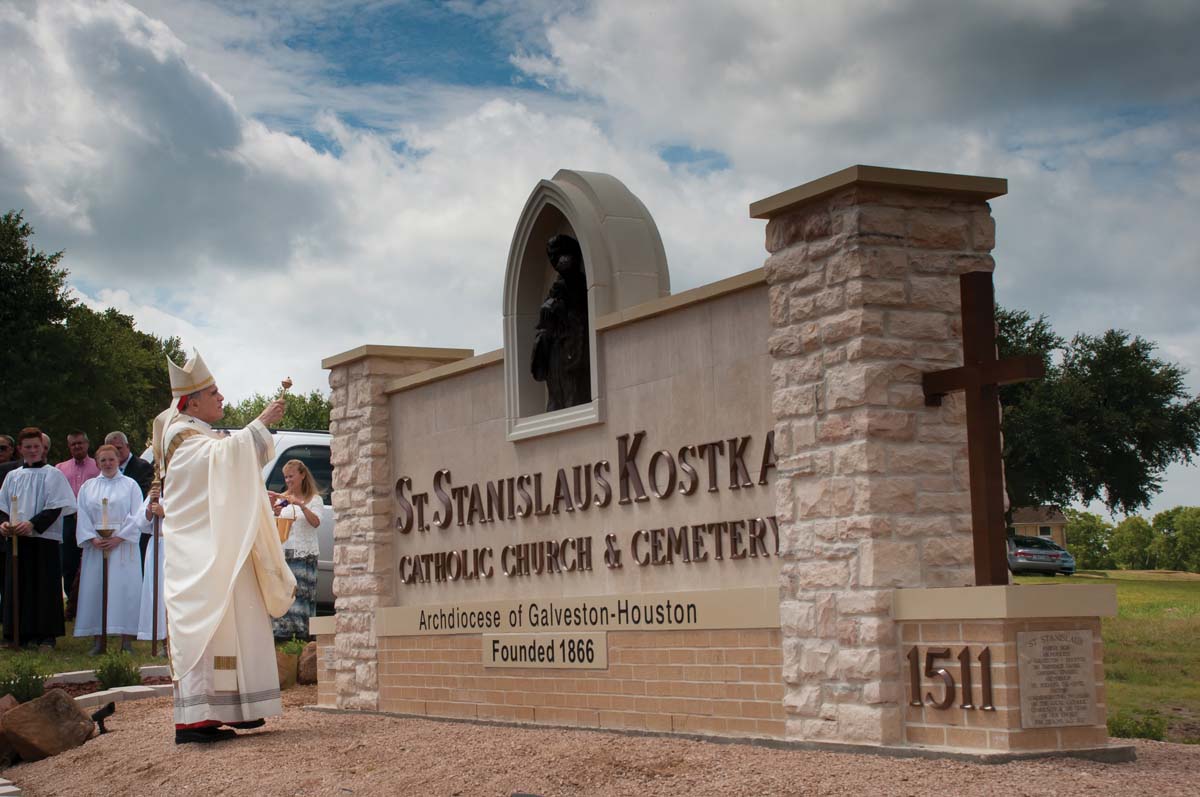 ANDERSON — St. Stanislaus Kostka Catholic Church in Anderson is celebrating the centennial of their church in 2017.

In 1866, after the Civil War, people filled with hope and in search of a new way of life of peace and freedom began coming to Grimes County from Poland. The Catholic community of Anderson developed from these immigrants.

They left behind the “old” country but not their faith, customs and traditions. Working hard, these people hoped to one day own a piece of land themselves.

Their love for God and their Catholic faith are reflected in the church that was built on a hill in Anderson.

As the Polish communities in Texas continued to form and grow, the need for additional priests compelled Bishop Claude M. Dubuis of Galveston to turn to Europe in search for vocations and young priests willing to leave their native land and come to Texas.

In 1873, the 30 Catholic families concluded that a building was needed for the purpose of gathering for Mass. They purchased a school building and three and one-half acres of land located three-fourths of a mile south of Anderson.

Father J. Klein of St. Mary’s Church in Plantersville offered Mass at St. Stanislaus from 1895 to 1897. During that same year Father F.X. Pruss took charge of the growing parish. He built a 40- by 60-ft. church and the old school building was converted into a small school which closed after Father Pruss’ departure in 1903.

In 1916, Father N.T. Domanski became pastor. He was ordained in 1914 and came to Anderson after serving in Chappel Hill. Noting the old church was too small for the parish family and in great need of repair, he proposed the erection of a new church in 1916.

After Mass, the congregation followed Cardinal DiNardo and other dignitaries to a new sign erected along Highway 90 where it was blessed. A lunch followed at the parish hall. After the meal, Polish dancers from Houston dressed in authentic clothing performed a couple of traditional Polish dances.

Father Lopez said the centennial celebration was a wonderful day.

“The parishioners worked very hard at planning every detail of the Mass and celebration. I was humbled and impressed by the whole community,” he said. “I was excited for the parishioners to have Cardinal DiNardo celebrate Mass and all the clergy who concelebrated with us. The pride and love the parishioners show for this historic parish can be felt by anyone who visits. We have many young families in our parish. My prayer is for more vocations to come out of St. Stanislaus Kostka parish as it continues to grow.”