Amid COVID-19, praying for those discerning a vocational call is more important than ever 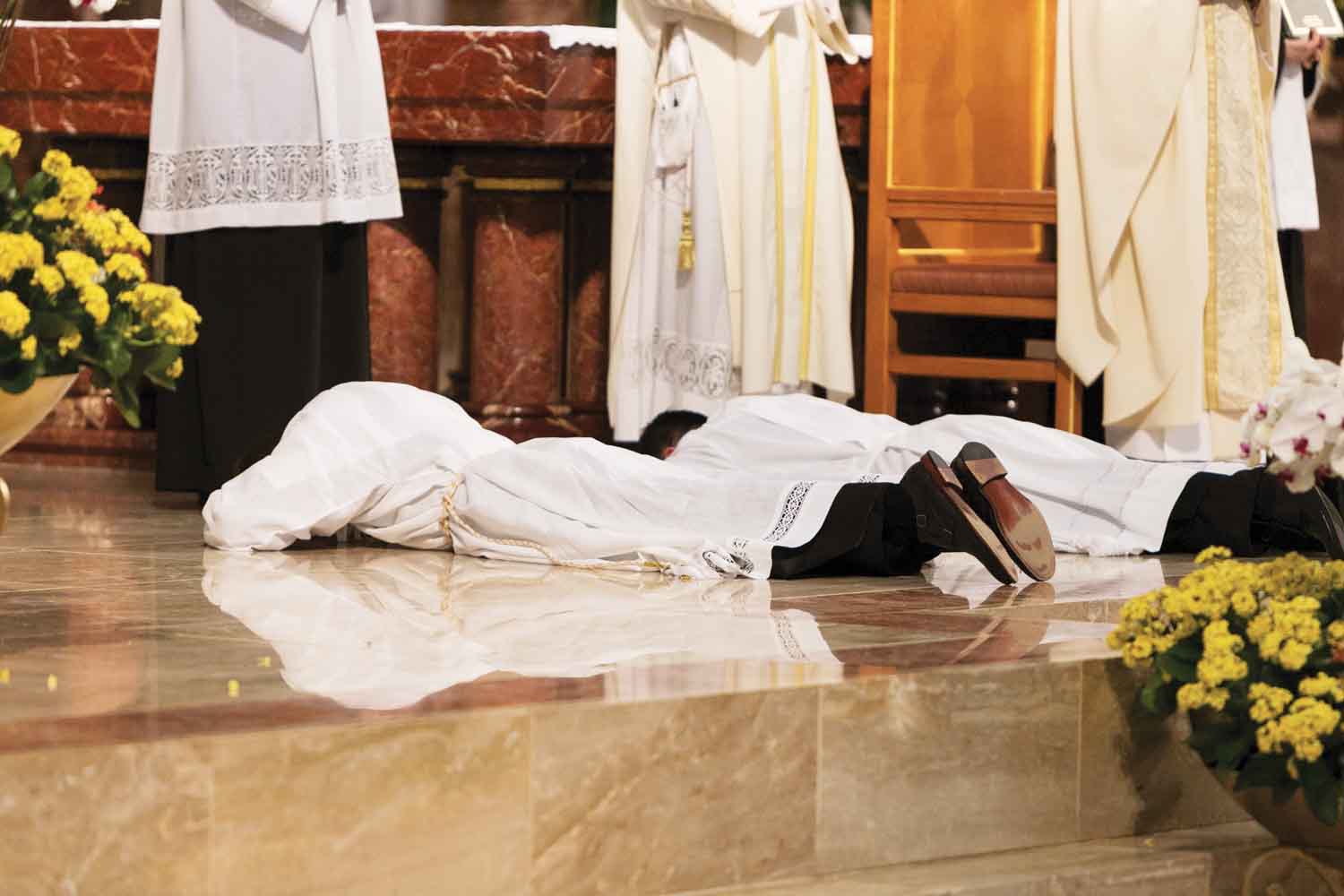 The Office of Vocations supports men and women on their journey to discern their vocation. (TCH file photo by James Ramos)

HOUSTON — Churches, businesses and other public places are reopening in a phased approach as COVID-19 restrictions are lifted. During this time, praying for the young people in the seminary and those discerning the call to the priesthood or consecrated life is more important than ever as a “new normal” evolves.

According to the director of the Office of Vocations of the Archdiocese, Father Richard McNeillie, the ministry has been successful in staying connected to these young people who need our prayers and support during uncertain times. The ministry is one of 60 ministries supported by the Diocesan Services Fund (DSF).

“Continuing to pray for young people as they discern their vocational call has become more important than ever,” said Father McNeillie. “As we learn that our plans can fail and expectations are changed due to unforeseen circumstances, we pray that these young people turn to God to reset their expectations and remake their plans. That would really be something if everyone allowed God to determine their future — indeed, that would be a future full of hope!”

Father McNeillie said the Vocations Office, which has remained open with staff working from home, has found great success in moving most events online since the restrictions were established in March.
He said the greatest impact on the seminarians has been moving to an online classroom format and finding temporary housing for those impacted by the closing of the North American College in Rome, St. Joseph’s Seminary in Covington, Louisiana, Holy Trinity Seminary in Dallas and St. Mary’s in Houston.

“Some were moved to parishes, and others stayed in the seminary, but only using it as a residence here in Houston, all the while taking classes online,” said Father McNeillie. “The seminary with just our Galveston-Houston seminarians became like a little monastery. We still prayed together and spent some time, albeit, six-feet apart, together.”

Father McNeillie said the Office of Vocations has seen much fruit from moving formation and discernment retreats online.

“I had never hosted an online retreat before and now can say that truly God works through retreats at home as he does in retreats at a retreat center,” said Father McNeillie. “We also are updating and increasing our online and social media presence to minister to these young people, including on our new website, HoustonVocations.com.”

Father McNeillie said he is grateful for the continued support of the faithful to foster vocations in the Archdiocese.

“The Vocations Office is completely DSF funded,” said Father McNeillie. “We are able to pay for the seminarian’s tuition and food. We’ve had to make some cuts, and that’s understandable, but there are some things that we can’t cut, such as funds to buy textbooks and housing costs for our future priests, and our Archdiocese still needs priests.”

Out of the 42 men enrolled in the seminary, two were ordained on June 6, and 11 new men plan to enter the seminary this summer.

Father McNeillie said the ordination to the priesthood held at the Co-Cathedral of the Sacred Heart was broadcasted online for the first time due to COVID-19 restrictions on large-group gatherings. The positive note was that more people were able to witness this special event for the first time since it typically has a limited number in attendance.

For more information about upcoming events or how to encourage prayer for vocations at the parish level, visit HoustonVocations.com or call 713-652-8239.