Almost 300 altar servers thanked with a special Mass of appreciation 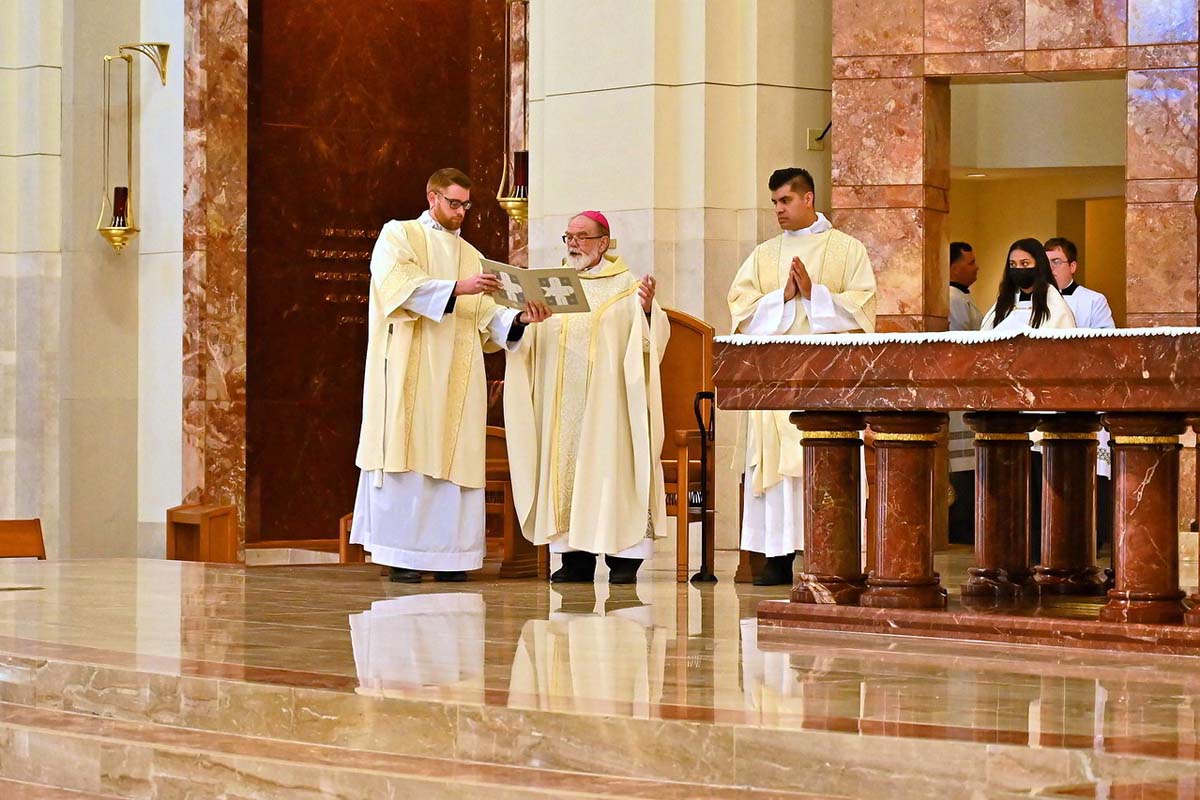 Boys and girls who serve as altar servers around the Archdiocese were recognized at the second annual Bishop George Sheltz Altar Servers Appreciation Mass on Nov. 13. (Photos courtesy of the Serra Club)

HOUSTON — Close to 300 altar servers, boys and girls, were recognized for their dedication to God at the second annual Auxiliary Bishop George Sheltz Altar Servers Appreciation Mass on Nov. 13.

Up to 900 people, including families and others, attended the Mass at the Sacred Heart of the Co-Cathedral to support the youths.

“What a blessing to see the 279 Altar Servers from 42 different parishes come together as one body of Christ!” said Candice Tyrrell, a committee co-chair organizing the Mass.

As a Serra U.S. executive board member, part of an international association to promote religious vocations, Tyrrell said, “As Serrans, our mission is to foster more vocations to the priesthood and consecrated life. We pray many altar servers open their hearts to a religious vocation as we desperately need more priests and sisters in our world today.”

A recent survey showed that about 73% of newly ordained priests served as altar servers before entering seminary.

Fellow co-chair Larry Massey, president of the Scanlan Foundation, agreed with the strategic mission of “building a culture of vocations to the priesthood, religious life and holy families. That is why we are so excited to help Serra with this Mass.”

They both work closely with Father Richard McNeillie, Archdiocesan director of Vocations, who travels from the Houston chancery to area college campuses and seminaries across the state to encourage and guide students.

Meanwhile, the number of Catholics in the U.S. has increased from 48 million in 1965 to more than 70 million, not counting the 30 million or so lapsed Catholics. An annual ordination report from the Center for Applied Research in the Apostolate (CARA) reflects those who responded among the 600 men being ordained in the U.S. The survey shows they are from a variety of backgrounds who responded to God’s call to serve His people — 67% Caucasian; 16% Hispanic; 10% Asian; 6% African/African American.

Across the country, the average age of ordination this year is 34, although the respondents were an average of 16 years old when they first considered a call to the priesthood. About 40% of all respondents attended a Catholic school for at least some of their education. Overall, 73% served as altar servers before entering the seminary. Half served as readers and 40% as extraordinary ministers of Holy Communion.