After Harvey, St. Francis of Assisi still seeks to be instruments of peace, learning 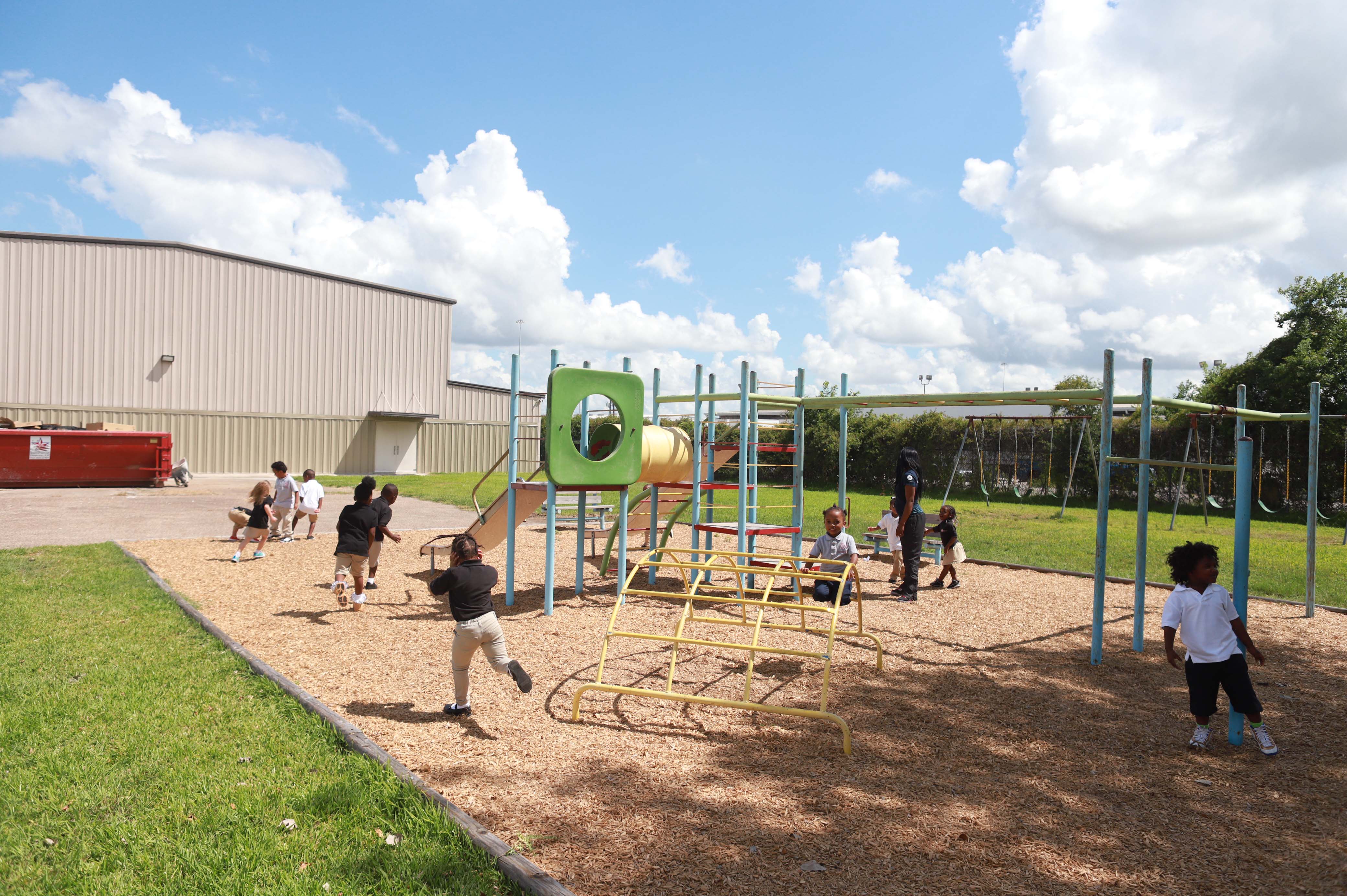 Young school children run around the school playground at St. Francis of Assisi Catholic School in Houston Aug. 31. The school, which was displaced by Hurricane Harvey, has returned to its home campus. Photo by James Ramos/Herald.

When Hurricane Harvey wrought havoc through the night on Aug. 25, St. Francis of Assisi Catholic Church in Houston, Father Martin Eke, MSP, was watching from his rectory as the water slowly began to overtake a statue of St. Francis sitting in a nearby garden.

In the Kashmere Gardens neighborhood just off 610 East, where Hunting Bayou had once overflowed and rushed into the parish church and school, St. Francis of Assisi Catholic School students in pre-K to eighth grade are back in the classroom.

According to Archdiocesan officials, the school’s rebuilding is complete and school officially started in restored buildings.

“The church restoration design is complete and we are in the process of obtaining a permit from the City of Houston to begin the construction phase of the restoration,” said Deanna Ennis with the office of Construction and Preventive Maintenance. “We hope to have it complete just after the first of the year, however the permit process has slowed us down.”

Despite this delay, Father Eke remains as resilient as his parishioners.

“We are still very hopeful,” he said, “because we have survived. It was difficult to know what was going to happen, in terms of where to worship — that was the greatest problem — but we have survived.”

From a tall white tent to the parish garage that housed the parish bus, and by the middle of August last month, the parish that is home to nearly 500 families had been on the move. Last winter saw major freezes and snowstorms, and the unbearable summer heat seemed to return too quickly, but Mass was still held.

“Today, we are able to come into the church hall and settle where it is comfortable until the church is ready sometime next year.”

Father Eke said he recognizes the difficulties his parish has endured, yet still 80 percent of parishioners still return for Mass, and “that is very encouraging.”

At St. Francis, parish life went on after the storm. The annual children’s Christmas pageant, the parish Christmas party, the legendary school crawfish festival, the momentum has not stopped he said.

The parish Instrument of Peace Choir continues to sell their 2015 studio recording “This Far by Faith” to aid parish renovations.

At Easter, four entered into full communion with the Church. Then later, nine made their Confirmation, each confirmed by Daniel Cardinal DiNardo, and five or six made their First Communion.

Father Martin laughed and said while his journey may be similar to that of Moses, he doesn’t like how it turned out for Moses. He asked others to continue to pray for his parish.

“We are in a spirit of prayer and waiting and trusting in God.”