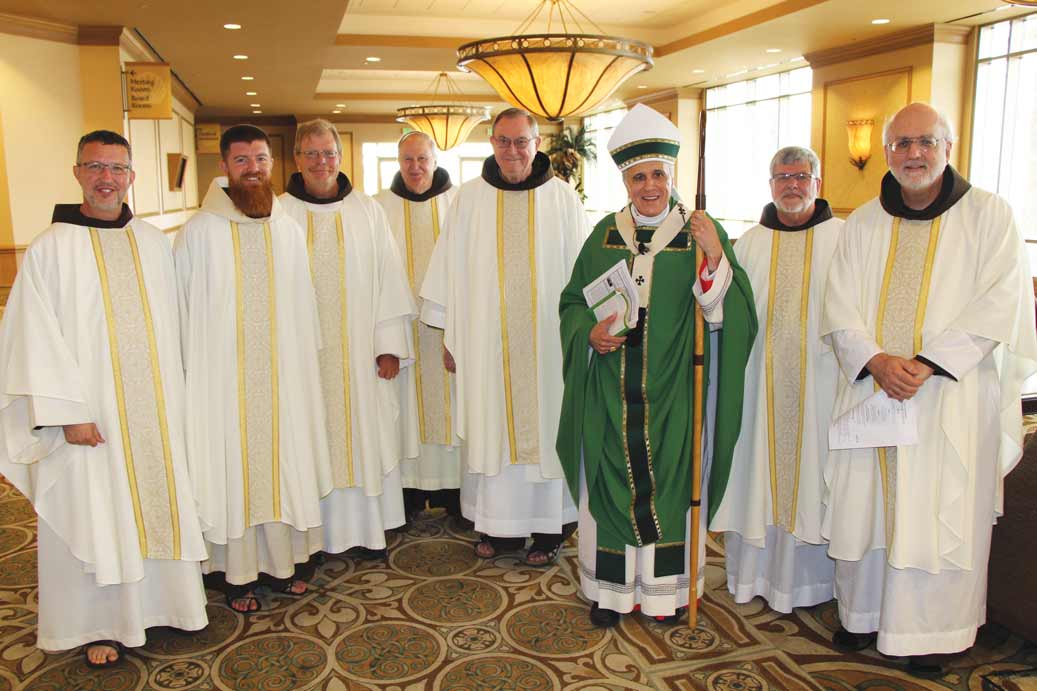 GALVESTON — Having served the Catholic community in Galveston for more than 35 years, the Franciscan Friars said farewell to Holy Family Parish during a special Mass celebrated by Daniel Cardinal DiNardo at the Galveston Island Convention Center, June 25.

The Franciscan Friars of the Province of St. John the Baptist served the faithful on Galveston Island dating back to their first assignments ministering to the Spanish speaking community at Our Lady of Guadalupe in 1980.
Due to personnel limitations in the religious community, the Franciscans were asked by their Province to return pastoral care of Holy Family Parish to the Archdiocese. Father Jude Ekenedilichukwu Ezuma was appointed parish administrator as of July 1.

Cardinal DiNardo credits the Franciscans’ leadership in establishing a deep spirit of cooperation and unity at Holy Family, most notably in the aftermath of the devastation from Hurricane Ike.

“I would like to express my sincerest appreciation to the Franciscans for their many decades serving in ministry in this Archdiocese,” Cardinal DiNardo said.

In a message published in the parish bulletin, Father E.J. Stein, OFM, expressed gratitude to the Holy Family community and the people of Galveston. Father Stein was an associate pastor at Holy Family before serving the past six years as pastor.

“I want to sincerely thank God and all of you who have touched and blessed my life during these years,” he said. “The life of God and faith is very much alive among you … My hope is that the Lord continues to guide and bless everyone on the Island, the Peninsula and the whole Archdiocese with all of His graces.”