Advent is a time for intentional prayer, grace especially in 2020 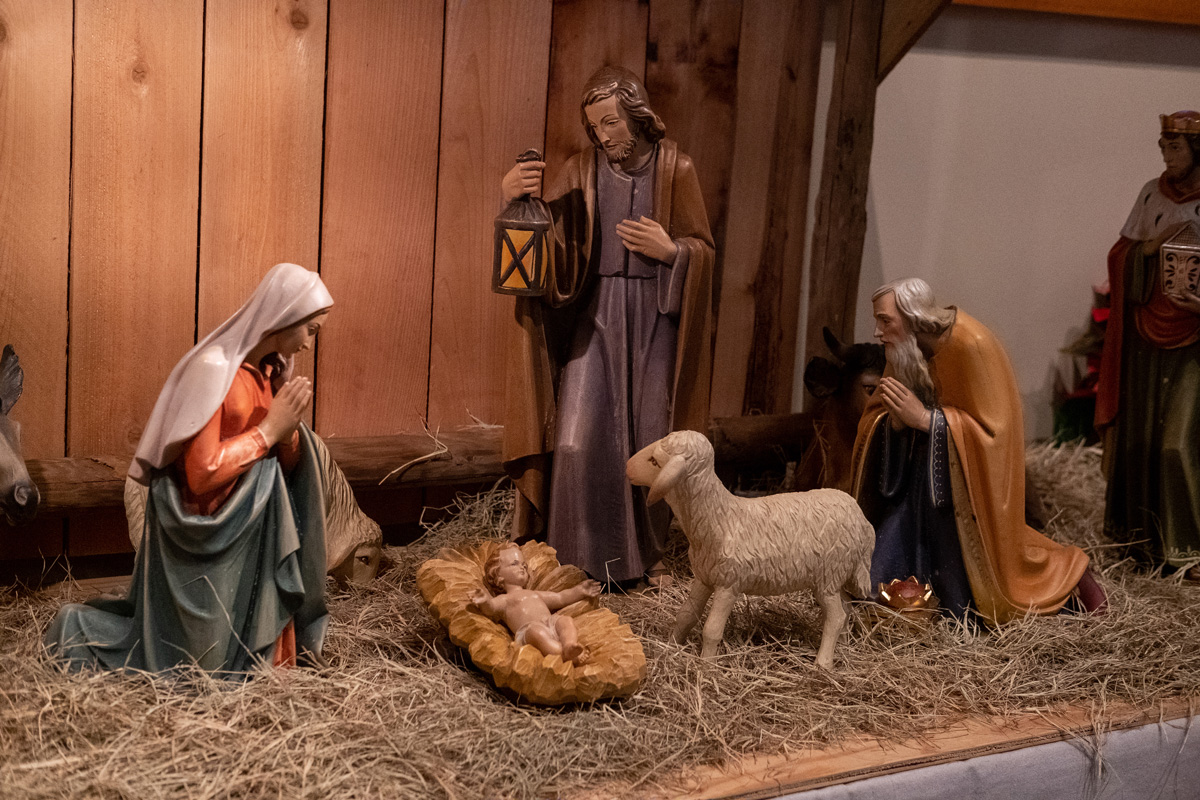 A nativity scene at Mary Queen Catholic Church in Friendswood depicts Jesus in a manger surrounded by Mary, Joseph and one of the three kings. (Photo by James Ramos/Herald)

HOUSTON — When holiday music hit the radio early this year, many people were ready to hear about the good times again. The First Sunday of Advent saw the first Advent candle lit, a familiar tradition that signals the beginning of a period of waiting and anticipation for the birth of Jesus Christ that comes before the Christmas season.

While these traditions might be the touch of normalcy some might crave, this Advent during a rocky period offers a unique and new chance to dive deeper into the faith, said Matt Zelinsky, coordinator of high school ministry at St. John Vianney Catholic Church in Houston.

“Finding time for intentional prayer as a family is key to lifelong discipleship,” Zelinsky said.

And because the pandemic forced many families to stay home in quarantine, so-called family time has changed, especially when it comes to prayer.

“It isn’t just about praying the Rosary or doing some of the ‘normal’ traditions, but just really being present — but not overbearing — with faith when we’ve spent so much time at home this year,” Zelinsky said.

Zelinsky, who saw his youth ministry program at St. John Vianney morph and change with the pandemic, said his teens were looking more towards the end of the year than Advent as the school semester drew to a close.

Despite some bickering with the early arrival of Christmas decorations, Zelinsky saw a silver-lining when houses started to sparkle with lights.

“I think people putting up Christmas lights early is a sign of anticipating something good at the end of a tough year,” he said. “There is a yearning for something truly joyful.”
Intentionally setting aside time for prayer, whether at home or at work, is a simple way to take advantage of the Advent season, he said.

Especially for his teens, he suggested a few simple ways to be intentional with prayer, like praying in the morning before leaving the house or taking a break from screens to pray together as a family for just two minutes every night.

Personally, Zelinsky chose to try to attend Daily Mass every day, even on Saturdays. The pandemic restrictions with Mass earlier in the year made him realize how much he missed Holy Mass.

He also committed to put his devices down and keep screens off for 30 minutes before going to bed to try and truly rest and “be less anxious and tired ... in a stressful time.”
Something he learned in his ministry with teens was how few people the teens really prayed with outside of Mass or mealtimes.

He encouraged teens with siblings to pray with each other; just a simple and intentional question, “How can I pray for you? Can we pray together?” can have a big impact on relationships, especially in families.

A continuous call to hope

After his Nov. 29 Angelus, Pope Francis said, “Advent is a continuous call to hope.”

Advent “reminds us that God is present in history to lead it to its ultimate goal and to lead us to its fullness, which is the Lord, the Lord Jesus Christ,” he said. “God is present in the history of humanity; He is the ‘God-with-us,’ God is not distant, He is always with us, to the extent that very often He knocks on the door of our heart.”

Even after Advent, “God walks beside us to support us. The Lord does not abandon us; He accompanies us through the events of our lives to help us discover the meaning of the journey, the meaning of everyday life, to give us courage when we are under duress or when we suffer,” he said.

“In the midst of life’s storms, God always extends His hand to us and frees us from threats,” he continued.

The pope reflected the prophet’s message in the Book of Deuteronomy, who said, “For what great nation is there that has a god so near to it as the Lord our God is to us?”
The pope said: “No one, only we have this grace of having God close to us. We await God, we hope that He manifests Himself, but He too hopes that we manifest ourselves to Him!”