A mirror of Christ: Bishop Sheltz’s life, legacy of serving the local Church 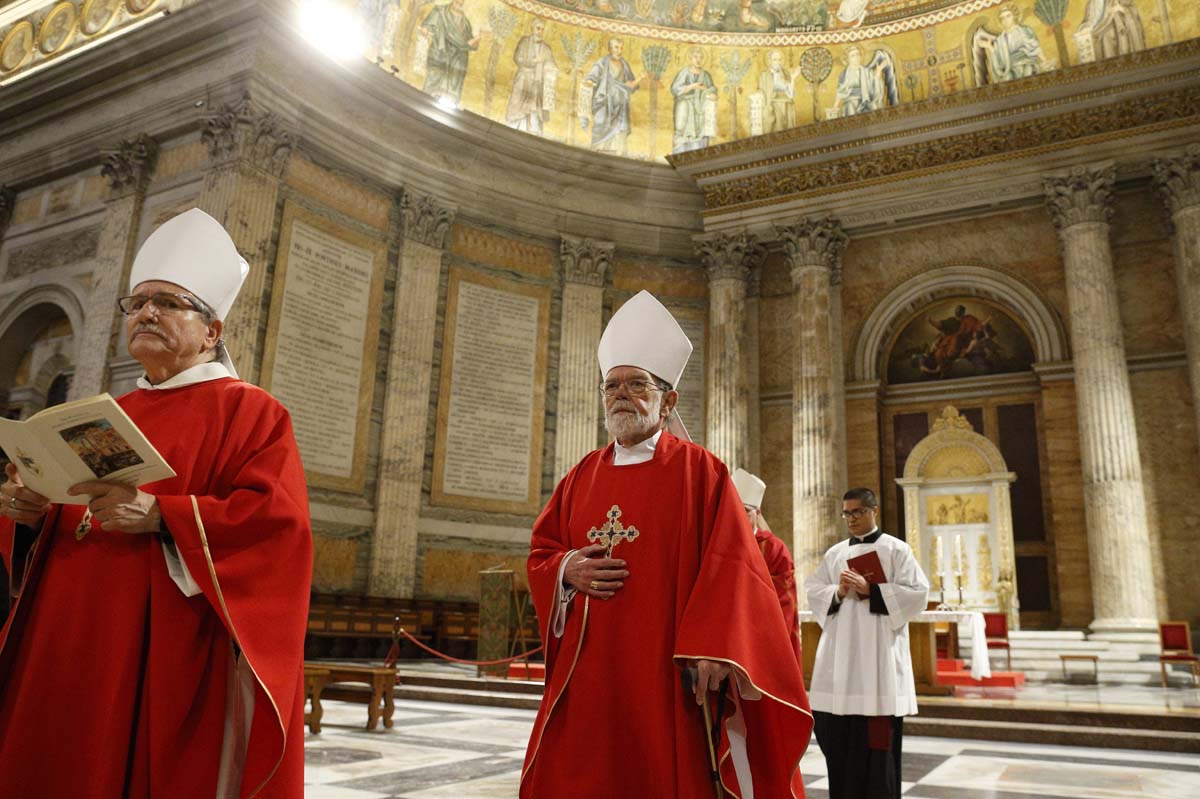 HOUSTON - A true servant leader, retired Auxiliary Bishop George Arthur Sheltz, a Houston native who served his home diocese for more than 50 years as a priest, died Dec. 21. He was 75 years old.

“There is real sadness for us at the death of Bishop Sheltz,” Daniel Cardinal DiNardo said. in a Dec. 22 statement  “He was such a kind and generous man, a faithful priest. Whenever I asked him to do anything, he always said ‘yes’ and did so cheerfully. He was a great model of a diocesan priest, conscientious. He mirrored Christ very much.”

As a priest of the Archdiocese of Galveston-Houston, Bishop Sheltz served at six parishes: Assumption, Sacred Heart Co-Cathedral, St. Vincent de Paul, Christ the Redeemer, Prince of Peace and St. Anthony of Padua in The Woodlands. He served as dean of the San Jacinto Deanery and Episcopal Vicar of the Northern Vicariate while a parish priest. In 2000, Pope John Paul II named him a prelate of honor, with the title of Monsignor.

“I’ve had a pretty interesting priesthood,” Bishop Sheltz said in a 2012 interview with the Texas Catholic Herald. “I’ve been at six parishes in 36 years as a parish priest — three as a parochial vicar, three as a pastor.”

In the same interview, he recalled one of his favorite memories of serving at a parish.

“One of our first Holy Week services (for Christ the Redeemer) was at the Milsap School,” Bishop Sheltz recalled. “That Good Friday, a West Texas sandstorm came through and blew out the power in the school in the middle of the service. People brought Coleman lanterns to the evening service. There was no AC, no lighting … when I was raising the Eucharist and saying, ‘This is the Lamb of God’ – boom! A loud noise was made, and the lights and electricity came back on. Everyone was ooh-ing and aw-ing.”

In 2007, Bishop Sheltz was named secretariat director for Clergy Formation and Chaplaincy Services. Since 2010, he served as vicar general, chancellor and moderator of the Curia for the Archdiocese of Galveston-Houston, overseeing the administrative operations of the largest Roman Catholic diocese in Texas and the fifth-largest in the United States.

On Feb. 21, 2012, he was named an auxiliary bishop of Galveston-Houston by Pope Benedict XVI.
When asked in 2012 to discuss his aspirations when serving as bishop, Bishop Sheltz said, “I hope I will continue to be a good representative of the priesthood. I hope that I will be a good preacher of the life of Jesus Christ through my life and actions. I hope I will help others continue to grow in their faith.”

“Bishop George was a good man and a good and humble priest. And he was a bishop,” Bishop Dell’Oro said. “With great humility, George trusted that God had chosen him and served Him faithfully even through undue suffering until his death. Now, I trust that he is in God’s peaceful embrace.”

Stepping back
Pope Francis accepted Bishop Sheltz’s resignation on June 22 at the age of 75.

“I am grateful for his friendship, counsel and boundless commitment to the local faithful; his knowledge and love of his home diocese has always been evident in his words and actions,” Cardinal DiNardo said upon Bishop Sheltz’s retirement. “In addition, his calm, insightful manner and dry sense of humor were invaluable in overseeing the administrative operations of the Archdiocese as chancellor.”

George Arthur Sheltz was born April 20, 1946, in Houston, Texas, to (the late) George and Margaret Sheltz. The second oldest of three children, he was raised in Houston and educated entirely in the Bayou City, attending Annunciation Catholic School in downtown Houston, St. Thomas High School, the University of St. Thomas and St. Mary’s Seminary.

During high school, he began to consider the possibility of studying for the priesthood for the then-Diocese of Galveston-Houston. With the encouragement of the Basilian Fathers at St. Thomas High School, he entered St. Mary’s Seminary. He graduated from the University of St. Thomas with a Bachelor of Arts in philosophy and from the seminary with a Master’s in Theology. On May 15, 1971, he was ordained to the priesthood for the Diocese of Galveston-Houston by Bishop John Morkovsky.

“The Archdiocese lost a fully dedicated and wonderful priest in the death of Bishop Sheltz,” Archbishop Emeritus Joseph A. Fiorenza said. “He was a friend to all who knew him and ready to help those in need of his priestly ministry and always offered good advice to those seeking his help. I will miss him as a good and steady friend.”

A family of vocations
Bishop Sheltz came from a family of Houston vocations. His father, Deacon George Sheltz Sr., was in the first class of permanent deacons ordained for the diocese in 1972. His late brother, Anton Sheltz, was ordained a priest for the then-Diocese of Galveston-Houston in 1976. His uncle, Monsignor Anton Frank, was the first native Houstonian ordained for the diocese in 1933.

“My uncle, Monsignor Frank, was a beginning influence on my vocation,” Bishop Sheltz said. “My mother and father were very much an influence in my thinking about the priesthood. The Basilian Fathers at St. Thomas High School were a great inspiration to me. I learned from them that priests were men who could laugh, who could tell a joke, who could be holy, who could be serious. They were good role models.”

Inspiring ownership of faith
For his motto, Bishop Sheltz used the phrase, “Through Him, With Him, In Him.” By these words from the Eucharistic prayer during Mass, Bishop Sheltz proclaimed that as a bishop, his ministry was to do all things through Christ, the Word sent into the world to proclaim God’s love for all humanity.

“I’ve served at Mass since I was five years old,” Bishop Sheltz said. “In those days, the Mass was in Latin, and you had to have prayers memorized. We couldn’t just mumble the words. As I became comfortable with the Mass in English, the phrase, “Through Him, With Him, In Him” always struck me. When I sent out the invitations to my ordination to the priesthood, that (phrase) was on the card. It’s been part of my priesthood from the beginning.”

Highlighting the strength in diversity of the local Church, Bishop Sheltz said, “The beauty of this Archdiocese is that people have been encouraged to be active participants in their faith lives. In this diocese, we’ve all been encouraged and challenged to take ownership of our faith. I always tried to make sure people in ministry take ownership of their faith. When you do that, they challenge and encourage others to get involved and lead their brothers and sisters.”

At the the time of publication, Bishop Sheltz’s funeral arrangements were pending. For the latest information, visit www.archgh.org.