A message of Divine Mercy for all 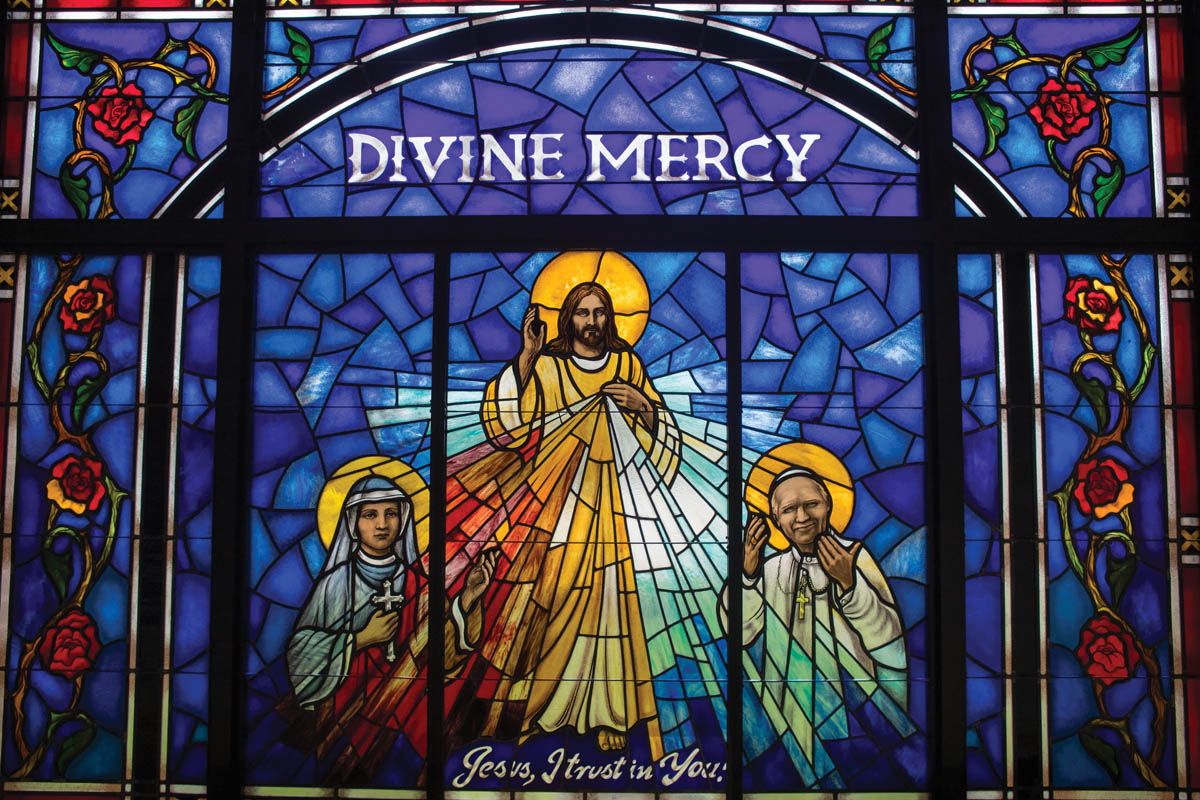 GALVESTON — It was nothing short of a miracle. When Joyce Ann Daniel was finally able to cross the Galveston Causeway bridge onto Galveston Island after evacuating for Hurricane Ike, she found wreckage. Like all across the island, which saw more than five feet of storm surge, Ike destroyed thousands of homes and displaced many.
But surrounded by such devastation, Daniel found a six-foot tall statue of Divine Mercy still standing.

Daniel had evacuated with her family to Austin, following a bus headed to a shelter to help other Galvestonians. 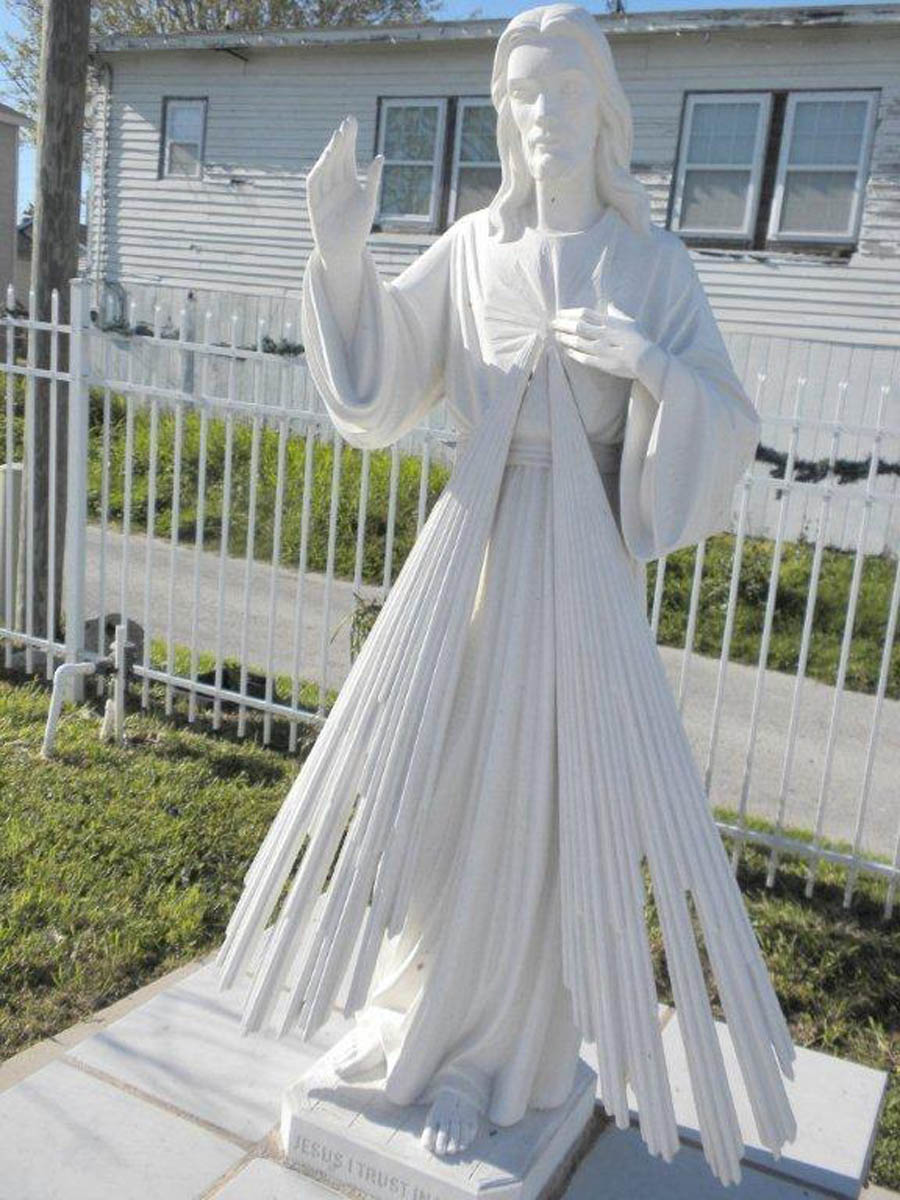 “We had evacuated not knowing what we would come back to,” Daniel said. “We didn’t know we had lost our home; we couldn’t come back until we heard it was safe to come back. And we lost everything. God was good for us to be able to come back because so many would not come back to the island because of finances. But I love my island.”

Installed and dedicated in 2005 as Mercy Park, located at 5102 Ave. M in Galveston, the park continues to be an oasis of prayer on the island. On a busy corner of Avenue M and 51st Street just blocks from Broadway Avenue J, Daniel said people stop to pray and reflect in the park.

In the wake of Hurricane Katrina, the park was a hub of relief for New Orleans evacuees who fled to Galveston. Years later, the park’s neighborhood would be slammed by Ike.

Annually the Mercy Park Association hosts a Divine Mercy Sunday celebration, with prayers, a procession and presentations about the Divine Mercy message given to St. Maria Faustina Kowalska, a young Polish nun.

When Daniel first learned about the message of Divine Mercy, she said her life changed. When she suddenly lost her mother, Daniel found peace in praying the Divine Mercy Chaplet at her mother’s side when she died.

Though the in-person gathering was cancelled in 2020, faithful were set to gather at St. Patrick Church of Holy Family Parish of Galveston and Bolivar for a Divine Mercy Sunday celebration on April 11.

According to the U.S. bishops, in 1931, Jesus appeared to St. Faustina in a vision, with His right hand raised in a blessing and His left touching his garment above his heart. St. Faustina recorded these visions in her diary. 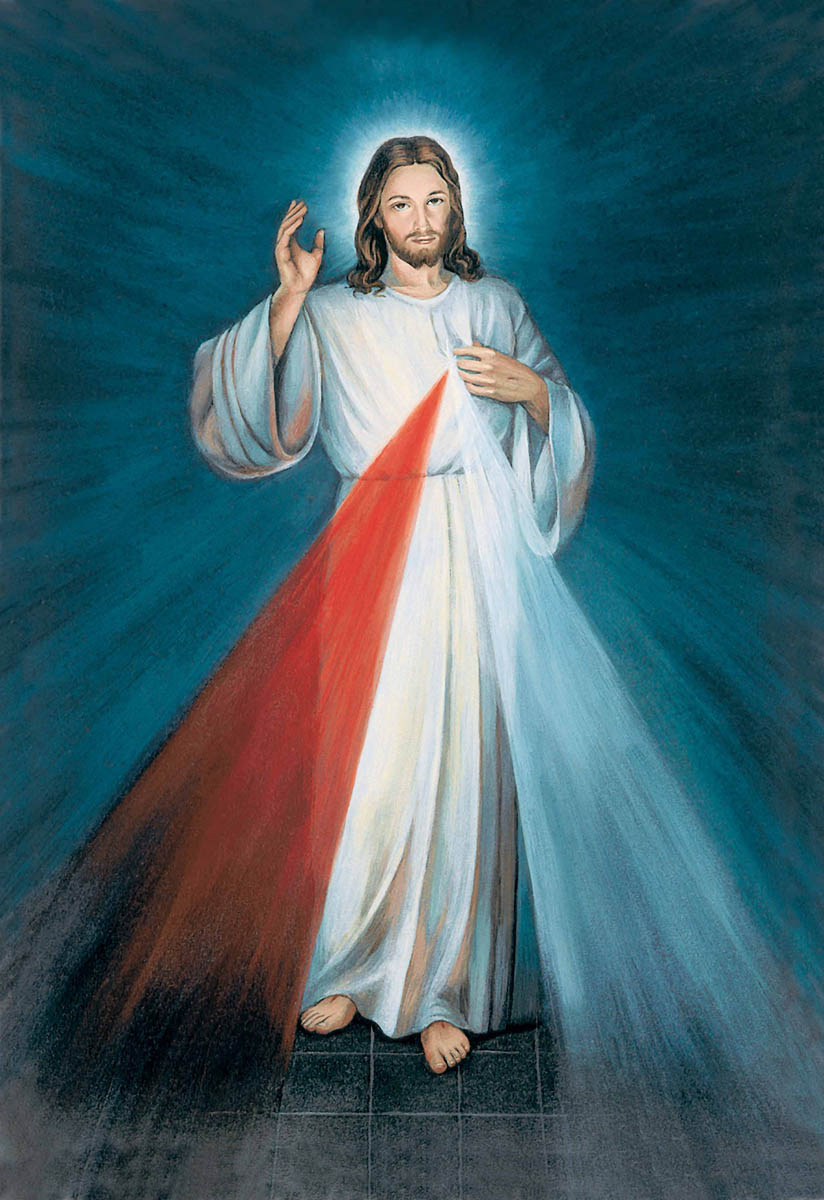 Red and white rays emanate from His heart, symbolizing the blood and water that was poured out for the salvation and the sanctification of the faithful.

The Lord requested that “Jesus, I trust in You” be inscribed under His image. Jesus asked that His image be painted and venerated throughout the world: “I promise that the soul that will venerate this image will not perish” (Diary, no. 48) and “By means of this image I will grant many graces to souls” (Diary, no. 742).

The Chaplet was also given to St. Faustina with this promise: “Encourage souls to say the chaplet which I have given you” (Diary, no. 1541). “Whoever will recite it will receive great mercy at the hour of death. I desire that the whole world know My infinite mercy” (Diary, no. 687).

Jesus also gave St. Faustina nine intentions for which to pray the Chaplet beginning on Good Friday and ending on the Saturday before Divine Mercy Sunday, which today is known as the Divine Mercy Novena.

On the island, the statue of Divine Mercy still stands as a message of hope to anyone visiting. Daniel said it was God’s will for the park to come to fruition.
“I just felt that God was in the plan there. It was like a miracle.”