A lifeline for women veterans 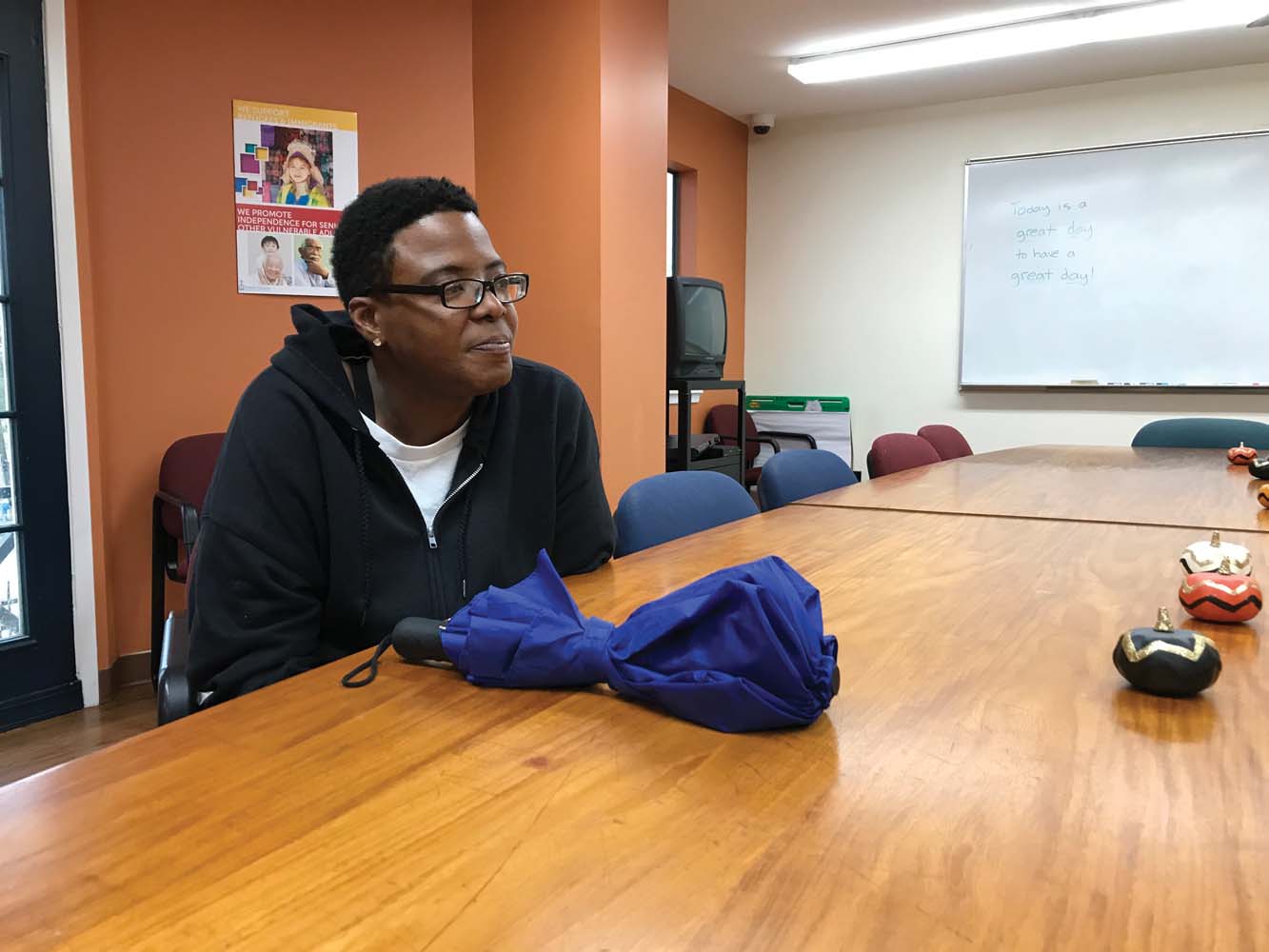 Britni Lee, who had been homeless for the last five of the seven years since leaving the U.S. Navy in 2012, sought help from Catholic Charities’ Women Veteran Program to get her life back on track. (Photo by Catholic Charities of the Archdiocese of Galveston-Houston.)

HOUSTON — When Britni Lee arrived in Houston last August from San Antonio, she had come to the realization she could no longer continue living the way she was.

She’d been homeless for the last five of the seven years since leaving the U.S. Navy in 2012. She was in ill health. She’d burned through 40-plus jobs and most of her relationships with family and friends.

Lee, 32, said she wanted to get out of a never-ending downward spiral.

“I asked my mom if she would help me change my environment, and she helped me access the services I needed,” Lee said.

Those services are coming from Catholic Charities’ Women Veterans Program. Because Lee received an Other Than Honorable discharge from the Navy, she has not been eligible for Veterans Affairs benefits.

As the nation geared up for Veterans Day on Nov. 11 to honor the men and women who served, Lee continuously struggles with what it means to be a veteran.

Lee is still a long way off from putting her life back in order, but she said life has improved thanks to the Women Veterans Program.

“People don’t see me as a veteran, but I am a veteran.”

She has, for the last five months, been living in the emergency shelter, known as The Villa, housed in the Guadalupe Center. A case manager helps her navigate medical and other services as well as planning and goal setting. Lee also meets with a therapist and a career counselor once a week.

“All of a sudden it feels like I have hope,” said Lee, who has been diagnosed with post-traumatic stress disorder and traumatic brain injury since coming to Houston. “Catholic Charities has given me the opportunity to remember who I am.”

A 2005 graduate of Bellaire High School, Lee attended the University of Houston-Downtown before joining the Navy in 2008.

Lee believes her struggles stem from a concussion she suffered in an accident on the aircraft carrier USS George H.W. Bush two years into her four-year stint as a machinist on the carrier. Stationed in Norfolk, Virginia, at the time, Lee received immediate treatment for the injury, but in the aftermath she found it increasingly difficult to focus, and life in the Navy became more stressful. Lee received an OTH discharge, she believes, because she gained too much weight.

On leaving the Navy, Lee headed to San Antonio, where she had family connections. Stress, anxiety and the inability to focus meant she couldn’t hold down a job, manage her money or maintain relationships.

Lee acknowledged some of her problems were of her own making, but she said it was hard to keep her head straight, and she struggled with suicidal thoughts.

“It was really, really bad. Really bad,” Lee said. “The people close to me weren’t aware of my injury — neither was I.”

Lee is among nine veterans and six children, ages five months to seven years, currently living at The Villa.

The Villa has 21 units. There’s also a kitchen, laundry room, computer room, and indoor and outdoor play areas. The average stay is around five months, according to Program Director Estrella Colon.

Colon said there is a growing need to provide for women veterans, who might be fleeing domestic violence, or who are out of work and can’t pay the rent and who have lost social connections.

“This is a place where we can say, ‘we’re here for you,’” Colon said. “When you don’t know where to go, come here and we will help you get the support you need.”

Did you know?
The Villa Guadalupe provides a lifeline and shelter for women who have served this country and are in crisis.