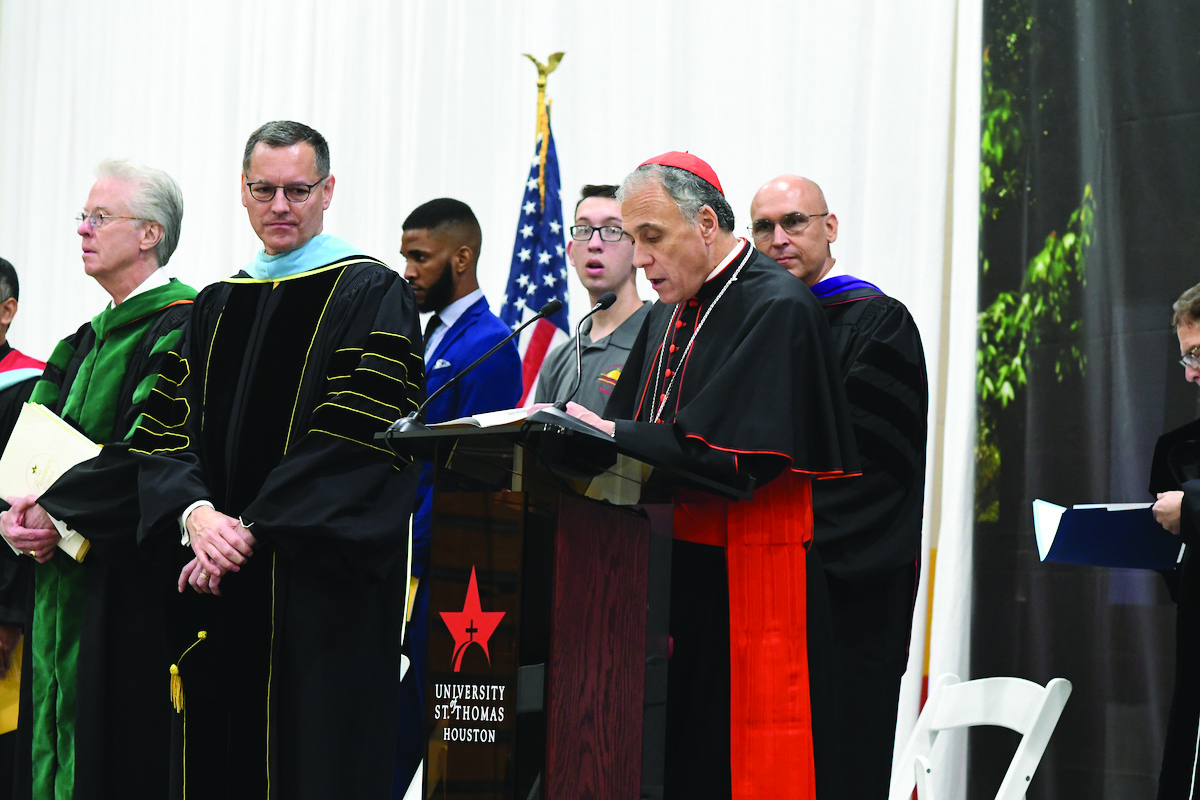 HOUSTON —  There are "no exclusions" in answering the call of the Gospel, especially in the university setting, Daniel Cardinal  DiNardo said during a special Mass for the investiture of the new president of the University of St. Thomas.

Reflecting on the deep diversity in Houston, the cardinal encouraged Richard Ludwick, formally inaugurated as the university's ninth president to serve students, the city and the world.

"As president of a Catholic university, you are in a sense a theologian," Cardinal DiNardo said to Ludwick.

"By your prudence and judgment and your good discernment working in good collaboration with the faculty and the students here, something theological is happening here. … The liberal arts has always been an institute here of theology and philosophy," the cardinal said at the Oct. 27 Mass.

Cardinal DiNardo called the growing number of first-generation students a hallmark of the university. 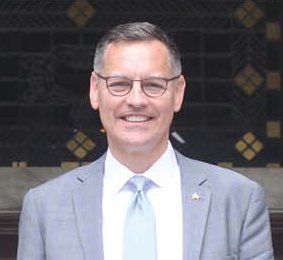 "Go out and teach all nations, and in coming to this university," Cardinal DiNardo, who is the president of the United States Conference of Catholic Bishops, told Ludwick. "How great it is to see that brilliant variety. But also how brilliant to see the unity that comes, because this university sees the unity of faith and reason."

It almost appeared to be a self-fulfilling prophecy: Barely into his administration, Ludwick quickly saw his vision of a university that engages with the more than 2 million Catholics in the Archdiocese of Galveston-Houston, and with the wider community of 4 million in the city, come to life.

Just days into the first week of the fall semester and after the other-worldly solar eclipse entranced the nation, Hurricane Harvey churned through the Texas Gulf Coast. Two months prior to his official inauguration, Ludwick personally saw this "brilliant unity" shine when he navigated the flooded streets of Houston following Hurricane Harvey.

The school closed during the storm to focus on the safety and care of the community "during this time of suffering and grace. Even now, the despair of fear and flood is being overwhelmed by the love of neighbor and hope," Ludwick said in a university-wide email.

He was seen playing basketball with students trapped on campus, and made phone calls to other students during the university's #CeltCare -- Harvey Student Relief Fund initiative, which raised nearly $35,000 to support students with tuition, books and other education needs. A separate fund also supported faculty and staff affected by the floods.

"Ours is a community of goodness, discipline and knowledge," Ludwick said. "Each of those values will help guide our responses as we take a leadership role to rebuild Houston."

In a previous interview, Ludwick said he remains "very firmly committed to (these) principles of the university," which "are certainly timeless and fit well within the Catholic intellectual tradition." He hopes to bring new ways to help others to discover "the richness of those never-changing values" and "be rooted in liberal arts and humanities."

Ludwick, who was president of the Independent Colleges of Indiana before being named to head the Houston university, sees guidance in St. John Paul II's "Ex Corde Ecclesia" ("From the Heart of the Church"), the pontiff's 1990 apostolic constitution on Catholic higher education.

He also said that even with "the traditional areas of learning for a Catholic institution and that we must not forget the sciences and technology and other areas where we must also be engaged" while "keeping ever constant to those values we hold so dearly."

These hurricane relief efforts may well be guided by Ludwick's call to answer Jesus' great commission to the apostles to bring the good news to the ends of the earth.

"The charisms that I have been gifted with I think are those that allow me to function in an environment of higher education to help live out that greater commission," he said.

Cardinal DiNardo encouraged Ludwick to continue the good work of past presidents and administration and tackle the challenges of today's higher education.

"The sensibility here is that who the church is not an infringement but in fact is an enlargement of mind, heart and the academic life and all things related to our most important people at the university: our students," Cardinal DiNardo said. "There's a great, great tradition here, at the same time, there's always a need for a newness and a beginning."

Located near downtown Houston, the University of St. Thomas was founded in 1947 by the Basilian fathers and enrolls 3,237 students in undergraduate and graduate schools. It also houses the St. Mary's Seminary and Graduate School of Theology, which is the archdiocese's seminary. For more about UST, visit www.stthom.edu.