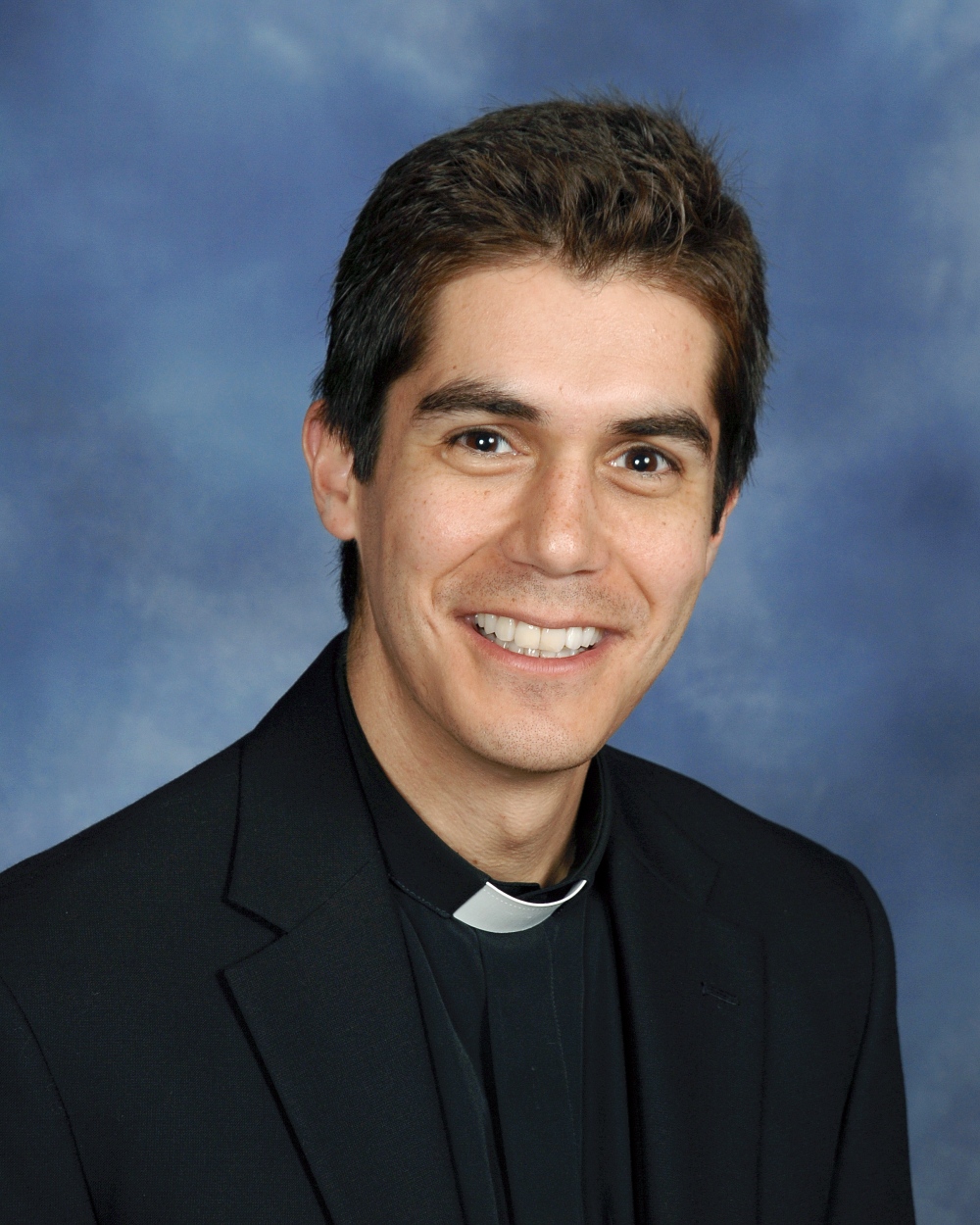 HOUSTON — Father Richard McNeillie, the new director of the Office of Vocations, grew up attending Catholic schools in Houston, but didn’t consider a becoming a priest at that time.

“I grew up in Houston and went to St. Vincent de Paul and Strake Jesuit, but I really didn’t discern my vocation until I got to college,” he said.

While attending St. Louis University, Father McNeillie was encouraged to seek God’s call in his life.

“I met a group of friends who encouraged me to think about the meaning of life and what I was doing and what God was calling me to do. I had this really great friend who is also priest now in Minneapolis-St. Paul, but he was sort of antagonistic. He would just ask me, ‘why aren’t you a priest?’” he said.

As the new director of the Office of Vocations, Father McNeillie now has the opportunity to help others discern God’s call in their lives.

“I’m a priest not just because this is what fills me,” he said, “but because I want to help other people find that happiness, to find that call and live it.”

Father McNeillie discussed his new opportunity during a recent interview with the Texas Catholic Herald.

TCH: Who was your greatest influence regarding priestly life of parish priest?
Father McNeillie: For me, those friends in college who were also discerning and trying to live a holy life. They were a huge influence. A lot of those people help me out on my journey. There was a priest in St. Louis, Monsignor Pentz. He was my first spiritual director.

I came to him in a time when I was really like broken down and had no idea what to do with my life. He picked me up, both emotionally and spiritually, and helped me remember who I am to God. Through his gentle example, he really began to inspire me to think about the priesthood.

TCH: What is your role as director of the Office of Vocations entail?
Father McNeillie: The commitment of the office is to help young people find their destiny, to find out what’s in their heart, what God is put their, and to live it out and to love it. That is what I want to do. We will run retreats. We are working to get volunteers working at help parishes set up these models so that discernment can happen wherever those young people are.

TCH: How would you define the word “vocation”?
Father McNeillie: A vocation is a calling from God. At the end of the day, our lives are not our own. That is when vocation starts, when you recognize that I’m not living for myself, but I’m trying to live for another. Fatherhood and motherhood, these are like the fundamental vocations whether that is biological or spiritual.

We are all called to sacrificially give ourselves to others. God has a specific way that he designed each and every one of us to do that to give our lives to others. For me, it is priesthood. For a married person, it’s giving their lives as a spouse and as mothers or fathers.

I think you can’t find what you’re looking for until you find what’s in your heart, and then you can begin to understand what’s going on inside.

TCH: What do you like to do for fun?
Father McNeillie: I love the outdoors. I usually exercise; part of that is just good discipline, but part of it is because it clears my mind. I do a lot of mountain biking, reading all types of books, and making bread. I also love getting to know new places and new cultures. And there’s not a food that I won’t try at least once!

TCH: What advice would you give to those considering a vocation to the priesthood?
Father McNeillie: Pray. I don’t think anybody can discern if you’re not listening to God. Silence is important in prayer because you really can’t hear God until we stop asking and we stop talking.

Discernment doesn’t happen alone. Talk to your friends, to your priest or spiritual director, or just a mentor. Go to an event or retreat that is designed to help you discern. I think you can’t find what you’re looking for until you find what’s in your heart, and then you can begin to understand what’s going on inside.