478 confirmed on the Feast of the Baptism of the Lord 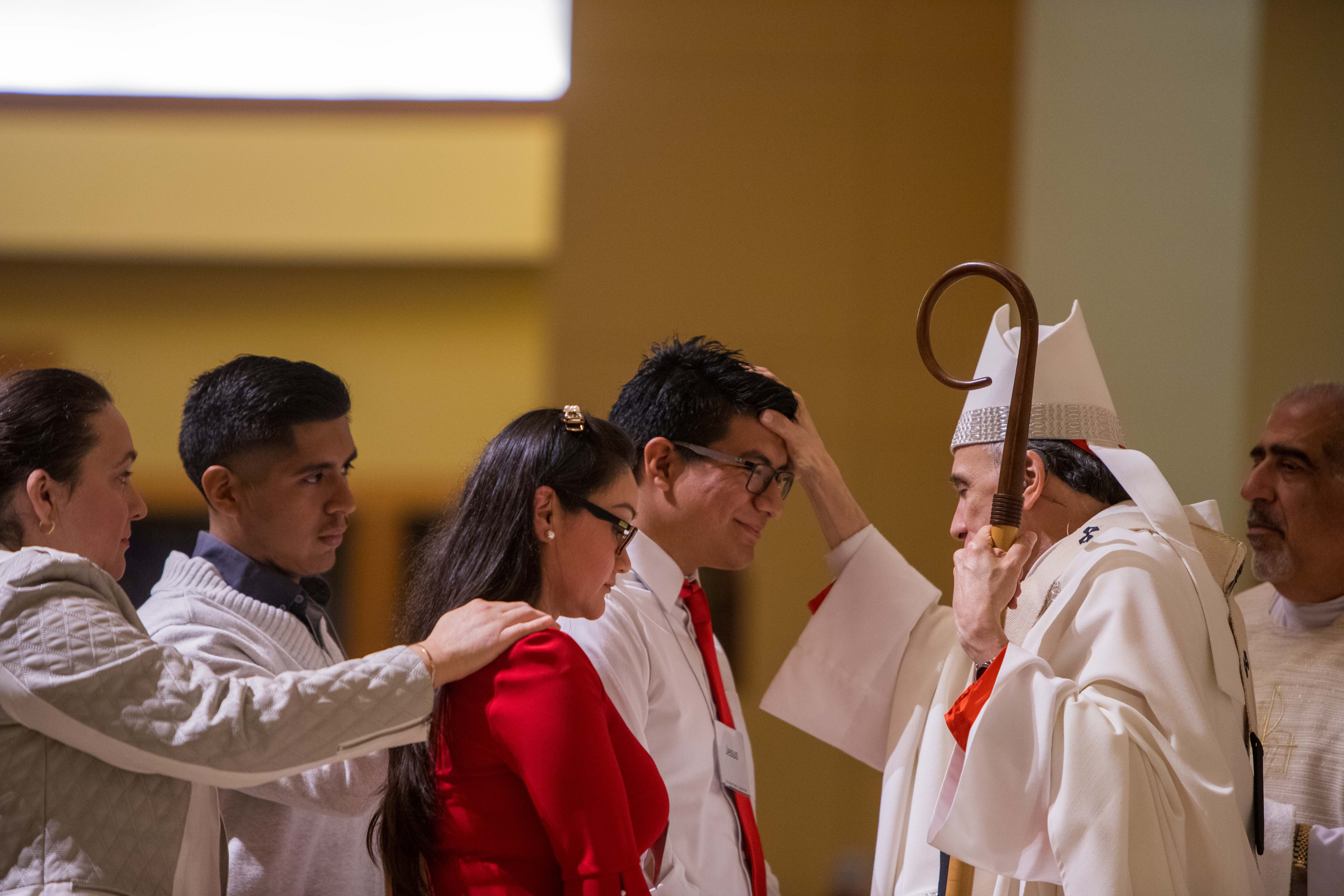 Daniel Cardinal DiNardo anoints the head of a confirmation candidate during a celebration of the Sacrament of Confirmation at a Mass at Christ the Redeemer Catholic Church in Houston Jan. 12. Cardinal DiNardo, with Auxiliary Bishop George A. Sheltz, confirmed 478 Catholics on Jan. 12 at four Masses around the Archdiocese. (Photo by James Ramos/Herald)

These were a few of the confirmation names chosen by the 478 adult Catholics from 51 parishes across the Archdiocese who received the Sacrament of Confirmation when Daniel Cardinal DiNardo and Auxiliary Bishop George A. Sheltz celebrated a quartet of Masses on Jan. 12, the Feast of the Baptism of the Lord. 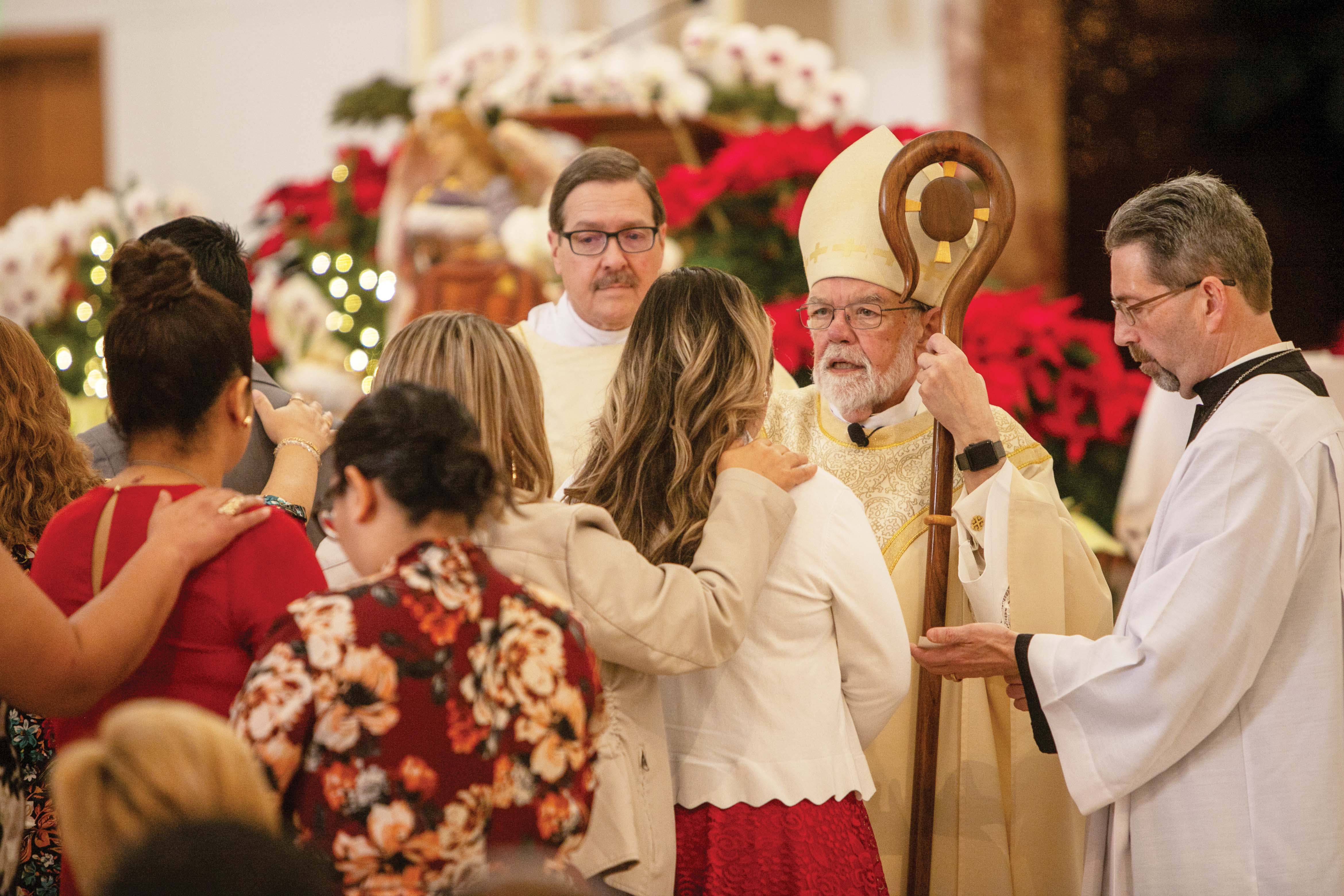 “You are called to be on mission,” Cardinal DiNardo said. “It’s part of God’s plan. Confirmation is a gift flowing from the Holy Spirit.” Those who are confirmed can enter more deeply into the Church, he said.

These four Masses, where Cardinal DiNardo and Bishop Sheltz anointed the foreheads of the candidates with holy chrism and said “Be sealed with the gift of the Holy Spirit,” signalled the culmination of months of catechesis and effort, alongside their sponsors who helped guide them in the process, at their parishes and lives.

Each of the 478 confirmed had a sponsor standing behind them, with their right hand on the candidate’s shoulder, in support and prayer.

At the Mass, the bishop recites a prayer that invokes God the Father for an “outpouring of the Holy Spirit,” according to the U.S. Catholic Catechism for Adults by the U.S. Conference of Catholic Bishops. The bishop extends his two hands over all those to be confirmed, a sign of continuity of the New Testament custom of laying hands on those who would receive the gift of the Spirit.

The Mass also included a renewal of baptismal promises, showing the connection between confirmation and baptism. Confirmation, like baptism, is only given once since it also “imprints on the soul an indelible spiritual mark.