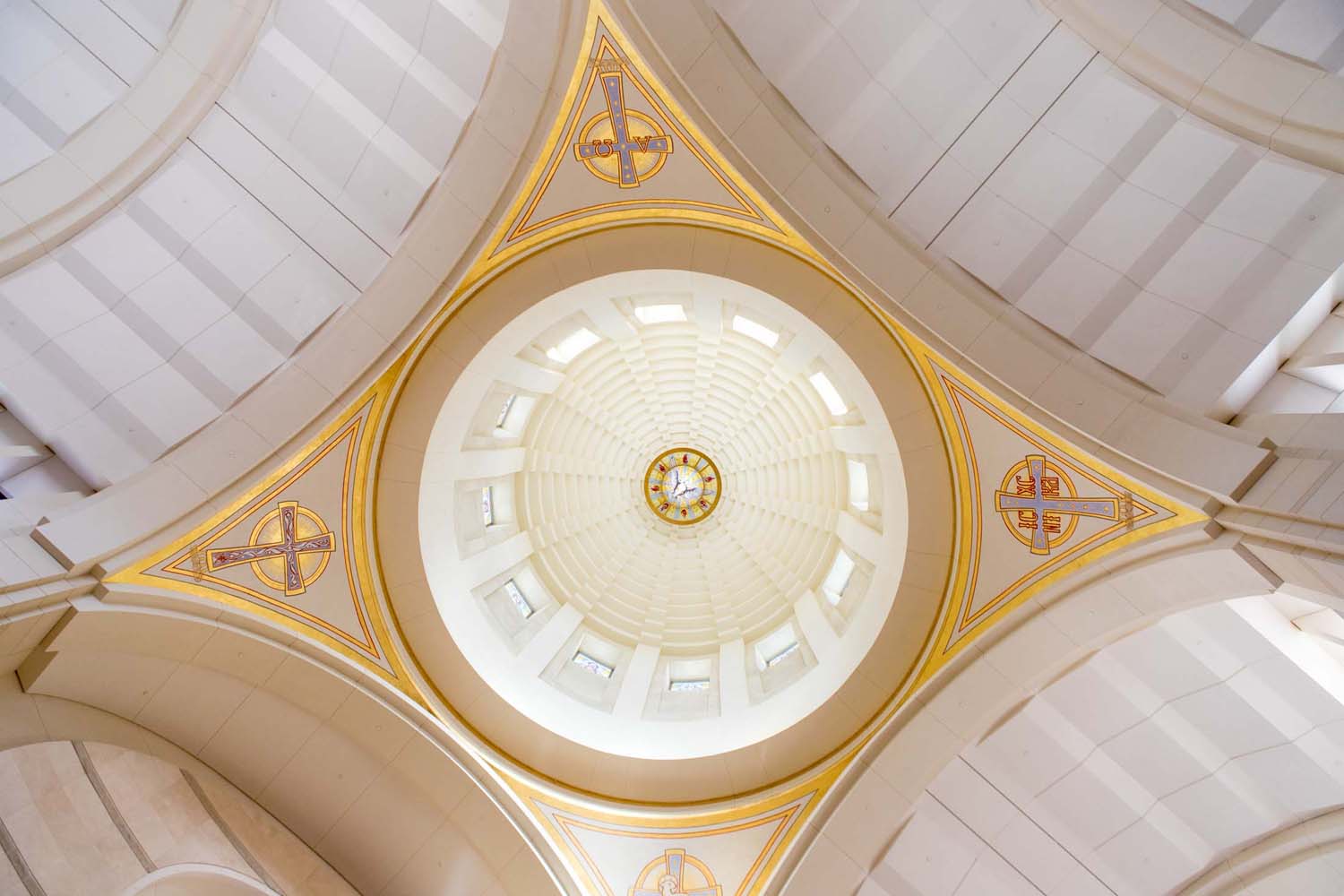 The 2019 Jubilee Mass for Clergy and Religious is set for Oct. 13 at All Saints Catholic Church in Houston. (Photo by James Ramos/Herald)

HOUSTON — When Monsignor Dan Scheel was ordained in Rome at St. Peter’s Basilica in 1969 as a young priest, he did not realize he would celebrate the past 25 years as pastor of the vibrant St. Jerome Catholic Church in Spring Branch.

Now celebrating his 50-year Golden Jubilee this year, he is among 36 dedicated priests and religious sisters reaching their diamond, golden and silver jubilee this year being recognized in a Mass celebrated by Daniel Cardinal DiNardo on Oct. 13 at All Saints Catholic Church.

Serving as chancellor for the diocese for 15 years, Monsignor Scheel worked under Bishop John Morkovsky for the first five years and subsequently with Archbishop Joseph A. Fiorenza. When asked what his greatest accomplishments have been over the past 50 years, he points to his parishioners and their own ministries.

“What has brought renewed enthusiasm in our parish are the ACTS retreats that our parishioners started in Spanish and now in English. We have done 100 retreats since then, including Teen ACTS retreats,” Monsignor Scheel said.

“We always need our parishioners, but he helped build a new church, an office building and brand new activities center that helps the whole community,” Deacon Salas said.

“I’ve worked with him for 11 years and people feel very welcome here. They believe in him and trust him,” he said of Monsignor Scheel.

Other similarly humble jubilarians include two religious sisters who help serve Magnificat Houses, a faith-based, non-profit offering residential homes for men and women in need of shelter, mental health support and spiritual guidance.
Sister Maria Santa Chali of the Missionary Sisters of the Eucharist is celebrating her 25-year anniversary as is Sister Agnes Maria of Missionary Sisters of Mary Immaculate.

Originally from Guatemala, Sister Chali has worked in Houston for 17 years while Sister Agnes Maria, who is a social worker from India, has worked with Magnificat Houses for 13 years.

“Our mission is to serve the poorest of the community. While in Guatemala, we saw poverty of material things. Here, we see more poverty of the spirit,” Sister Chali said.

While in Houston, she started off first learning English and helping in the garden tending and harvesting fruits and vegetables. But now a U.S. citizen, she helps in the office with the doctors and nurses who oversee medications for the residents.

Sister Agnes Maria, in addition to working as an admissions counselor at Magnificat, also works on the weekends traveling to various Syro-Malabar Catholic parishes to teach children. As many as five million Catholics belong to the Syro-Malabar church, which is an Eastern Rite Church in full communion with the Roman Catholic Church.
“God’s blessings continue to work with me,” she said of her vocation.

The jubilarians, who in total have given 1,250 years of faithful service and prayer, include Archdiocesan and religious priests and members of five congregations of women religious. They represent parish and catechetical ministry, congregational leadership, educational ministry, work for peace, justice and care for immigrants, health care and nursing and more.

Vicar for Religious Sister Francesca Kearns, helping to organize the jubilarian celebration, said, “The lives of priests and religious is a testimony of God’s call to participate in His mission of love and to extend this love to others.”

She added, “A special invitation is extended to youth and young adults, and to all whose lives have been enriched by the ministry of the Jubilarians.”