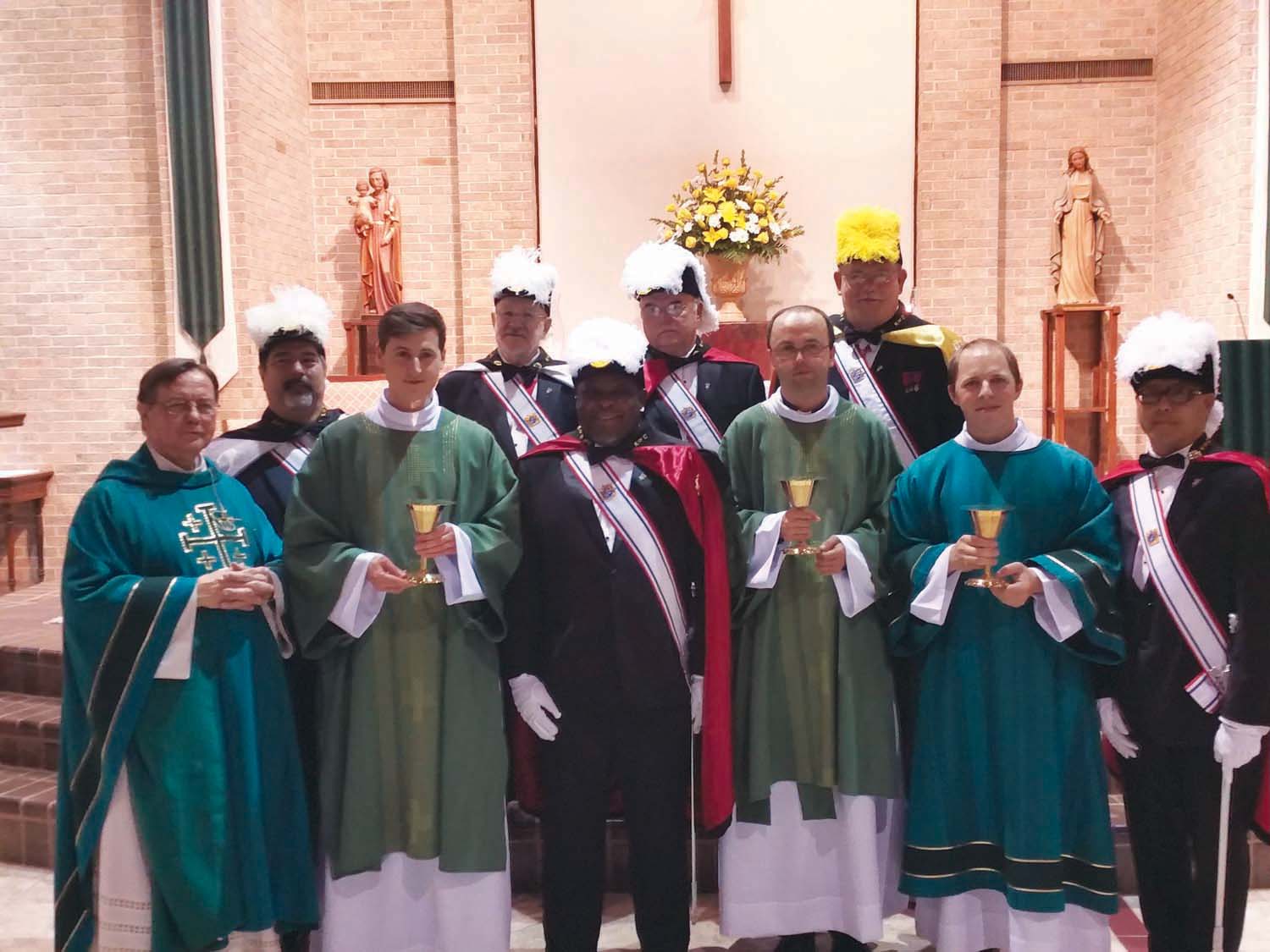 HOUSTON — A hometown priest and religious sister who served as a medical missionary in conflict-torn Yemen are among clergy and consecrated women celebrating their silver, golden, diamond and platinum jubilees on Oct. 9 with Daniel Cardinal DiNardo.

They will celebrate Mass together at 4 p.m. at Corpus Christi Catholic Church, located at 9900 Stella Link Rd. in Houston.

Hometown priest Father Paul Chovanec was ordained in 1972 by Bishop John L. Morkovsky, S.T.D., in his home parish of St. Peter the Apostle Church off Old Spanish Trail. Now pastor for the past 15 years at St. Justin Martyr parish, Father Chovanec credits his parents, Albert and Martha Chovanec, for creating a devout home and sending him to Catholic school.

“I grew up in St. Peter the Apostle parish, staffed by the LaSalette Fathers, and I attended the parish school staffed by the Dominican Sisters,” Father Chovanec said. “I was an altar boy, and the idea of becoming a priest came to me quite naturally. I never wanted to be anything else.”

Being of Czech heritage, the pastor has helped organize an annual project ongoing since 1999 of sponsoring transitional deacons from the Czech Republic studying to become priests to visit Texas.

“All my ancestry is Czech. My ancestors came to Texas a hundred years ago and brought their Catholic faith with them. Traditional Czech Catholicism is part of who I am,” Father Chovanec explained.

“I am glad to share the project of bringing Czech deacons to Texas so they can practice their English and share their youthful Czech faith with me and my parish. I’m on the board of the Czech Catholic Foundation of Texas, and bringing these deacons to Texas is one of our stated objectives,” he said.

Father Chovanec said the Czech deacons “always rekindle” his joy in being a priest.

“There’s something wonderful and inspiring about mature young men or women who are committed to serving God and the Church,” he said. “Their dedication to praying the Liturgy of the Hours always impresses me. No matter where they are, when it’s time to pray the various Hours, they take out their cell phones, find the right app and they pause to pray. That’s edifying.”

Sister Gina Iadanza, MSC, is well-known throughout the Archdiocese of Galveston-Houston, serving as associate director for the Secretariat for Clergy, Formation and Chaplaincy Services for the past 10 years.

Dealing with a variety of cultures came naturally with Sister Iadanza as she grew up on military bases around the world with her career Army father Major Igino (“Gene”) and medic mother Josephine Iadanza.

Born in Japan, Sister Iadanza remembers her mother taking her as a child to an orphanage where she volunteered to help the other children, many of them disfigured from the war and bombings.

Growing up surrounded by Army nurses and meeting a Sister of Charity in New Jersey who served as a missionary in China “lit a fire inside me that grew into God’s call to enter religious life, become a missionary, a nurse, and much more.”

She made her first vows as a Missionary Sister of the Sacred Heart at its Motherhouse in Reading, Pennsylvania, on Aug. 21, 1971.

She also became a registered nurse working in the emergency room in MSC hospitals until she was sent as a medical missionary to the Middle Eastern country of Yemen from 1981 through 1985. During that time, government soldiers and tribal conflicts kept Sister Iadanza and her team of international doctors busy patching up injuries and conducting life-saving surgeries.

In learning fluent Arabic, she said, “I supervised teams of doctors and nurses back then who were Russian, Chinese, Syrians and other nationalities.”

She would also travel by camel to visit villages, bringing medical supplies and services to the sick throughout the Tihama desert. Yemen, the ancient area thousands of years old where the queen of Sheba in the Bible originated, remains locked between a Saudi-backed government and rebels supported by Iran.

“We were not allowed to evangelize, but we were doing so by our presence and service to raise the dignity of life,” Sister Iadanza said.

The mostly Islamic country had requested the Vatican to send women religious as nurses and doctors, which then-Pope John Paul II granted.
Sister Iadanza’s assignments after Yemen led her to minister to those traumatized by life events and then down a different pathway serving the diverse needs of the clergy through ongoing formation programs, consultation and committees supporting priestly ministry.

The decade in her Archdiocesan position has placed her in multiple roles, with the Secretariat and chancery departments collaborating with leadership in responding to the needs of hundreds of priests.

“As our world, even locally, is far more multicultural than when I first entered religious life, the gift and challenge today is to actively welcome women and me from diverse cultures to live a life committed to serving wherever they are sent, even beyond their own culture,” she said.

“In this 175th anniversary year of the founding of the Archdiocese of Galveston-Houston, we rejoice with 25 priests, sisters and consecrated women celebrating their own anniversaries,” Sister Kearns said.

She concluded, “Jubilee time is… a time to ponder the mystery of how God has been present and guiding us all the way, even when we were unaware of his guidance. It’s a time of gratitude for the people we have served with and ministered to. As Cardinal DiNardo has said, our lives and communities have prepared us to enter fully into Synod of 2023.”