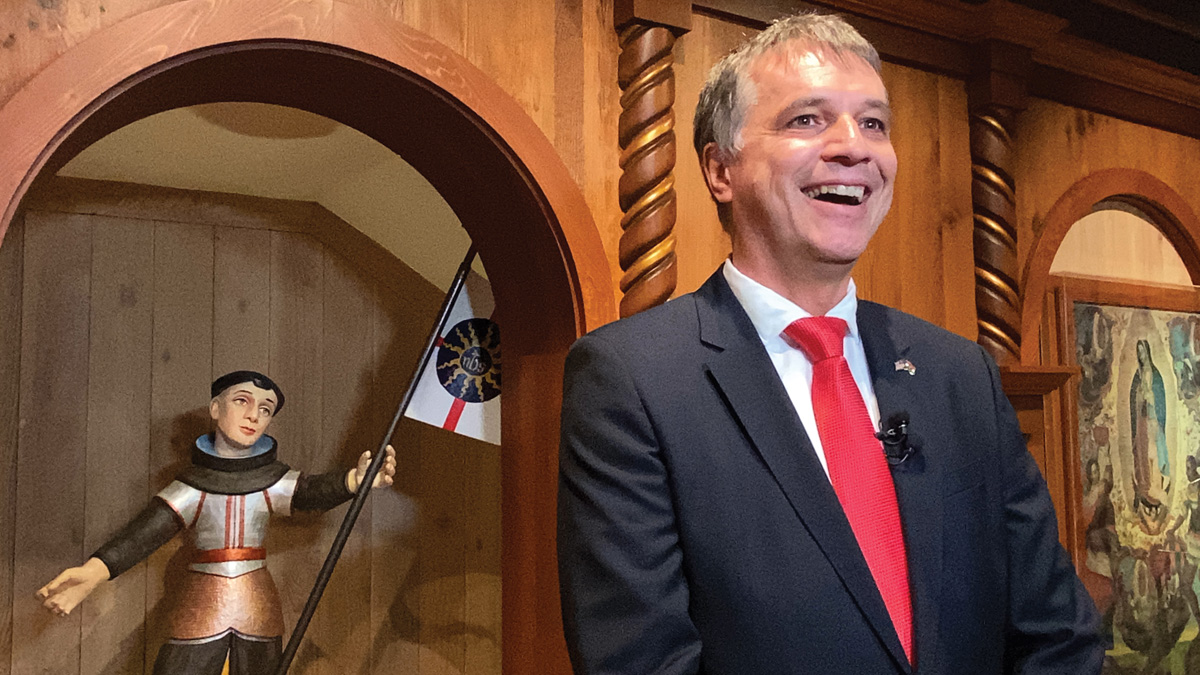 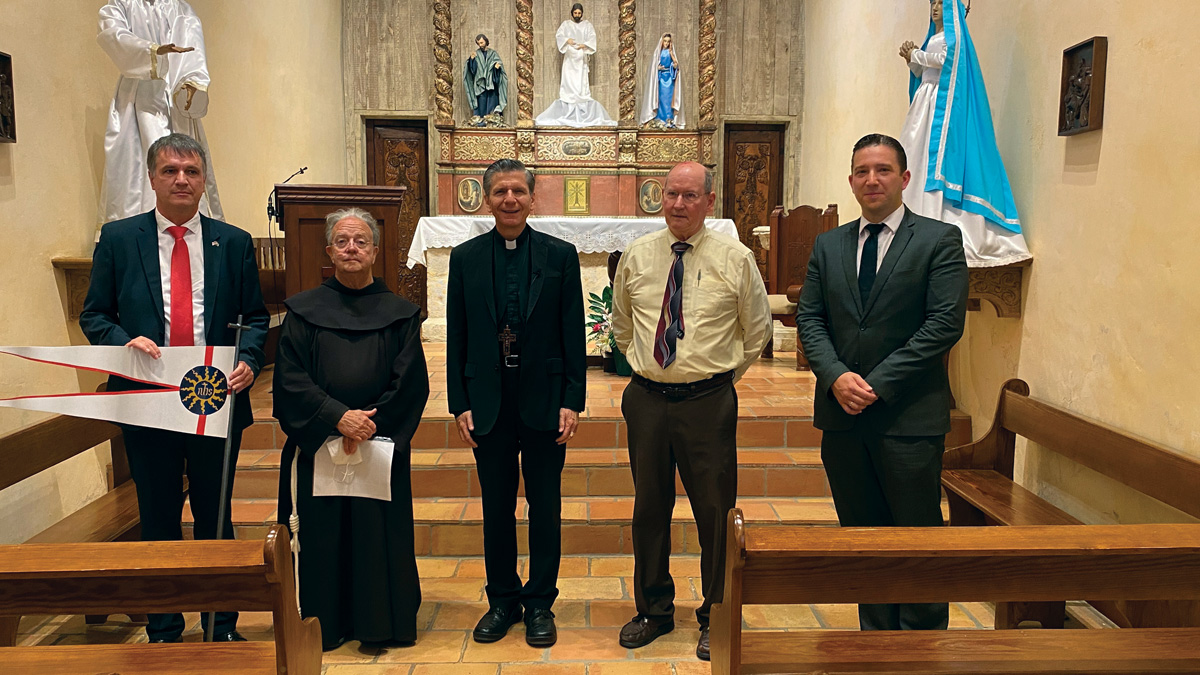 The statue was replaced with a modern replica complete with a banner. Unfortunately, the flag was again stolen a few years later.

There is a strong connection between San Juan Capistrano and Hungary based on San Juan’s crucial role in defeating the Turkish troops during the siege of Belgrade in 1456.

The Battle of Belgrade saw Hungary and the rest of Europe halt an advancing Ottoman Empire. San Juan’s role was even more meaningful because the King of Hungary and most aristocrats fled Hungary before the advancing Turks, leaving few to defend Belgrade. San Juan gathered thousands of peasants behind his cross and flag and advanced on the experienced Turkish troops, ultimately causing them to retreat.

The Franciscan friars who founded San Juan Capistrano in 1730 sought as its patron a fellow Franciscan known as a powerful preacher and courageous defender of his flock. In the 19th-Century, the mission church deteriorated until a determined priest restored it. The archdiocese and the people of San Antonio joined together to preserve San Antonio’s history and all four of its mission churches.

Mission San Juan is an active Catholic parish that sits within the San Antonio Missions National Historical Park and forms part of a UNESCO World Heritage site that includes all five of the original San Antonio missions.