Galveston-Houston Auxiliary Bishop Italo Dell'Oro displays a papal bull that declares his appointment as the Archdiocese's new auxiliary bishop during his Mass of Ordination in June 2021. (Photo by James Ramos/Herald)

In Houston and abroad, It was a year of highs and lows and changes.

Despite a global pandemic, with its ensuing variants and fluid responses, remaining as the year’s main focus, Texas Catholics faced a year unlike any other. An unusually cold winter froze the state, the loss of two beloved bishops and a joyous new appointment during the pandemic’s turmoil.

Galveston-Houston Catholics stepped up to serve and lead, caring for one another in new and inventive ways with a strong resilience that carried each family, school and parish through 2021. And when some faltered, others rose to the occasion to lift each other up.

We also can’t forget the bright light on faith and vocations as both consecrated men and women religious took to the world stage during the Astros’ World Series run, cheering for the hometown team.

Here are a few of the top stories from the Texas Catholic Herald in 2021: 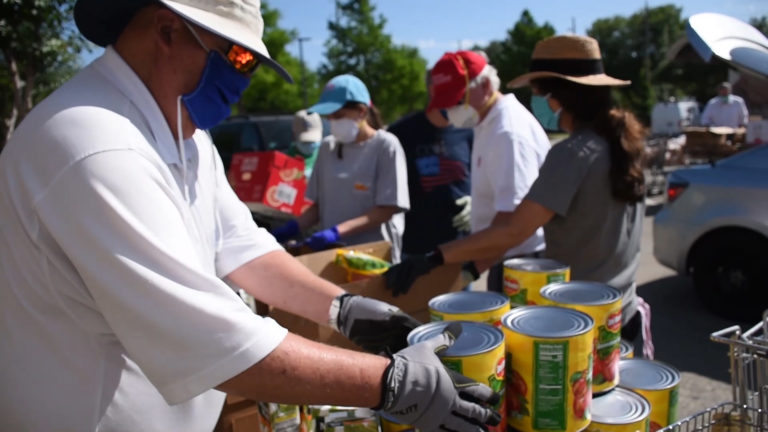 HOUSTON — As 2021 began, Catholic Charities food distributions quadrupled in Fort Bend County alone, underscoring historic need for food assistance amid pandemic during 2020. Other Archdiocesan and parish-based ministries continued to serve these growing needs.
Major events throughout the Archdiocese continued online, including the annual Steps for Students 5K Run, as the Archdiocesan community embraced new technology to continue its ministry.
After the initial rollout of COVID-19 vaccines, many parishes also in the Archdiocese hosted vaccination clinics to serve the community, especially those in underserved populations. Parish-based clinics continued through December.
Christian, Jewish and Muslim leaders then met for an interfaith roundtable discussion on June 2 about how faith supports people in the pandemic and plays an important role in building vaccine trust.
Daniel Cardinal DiNardo, among those meeting with Marc Boom, MD, president and CEO at Houston Methodist Hospital, said more than 150 local Catholic churches over 10 counties had to shut down within five days of the public health crisis announcement 15 months ago.
Both schools and parishes adjusted to local and national health guidance, eventually reopening to full capacity by May. Catholic schools embraced additional precautions with the arrival of the Delta variant. Toward the beginning of fall, the COVID-19 surge showed signs of slowing down, enabling the leniency of protocols both at schools and Masses. 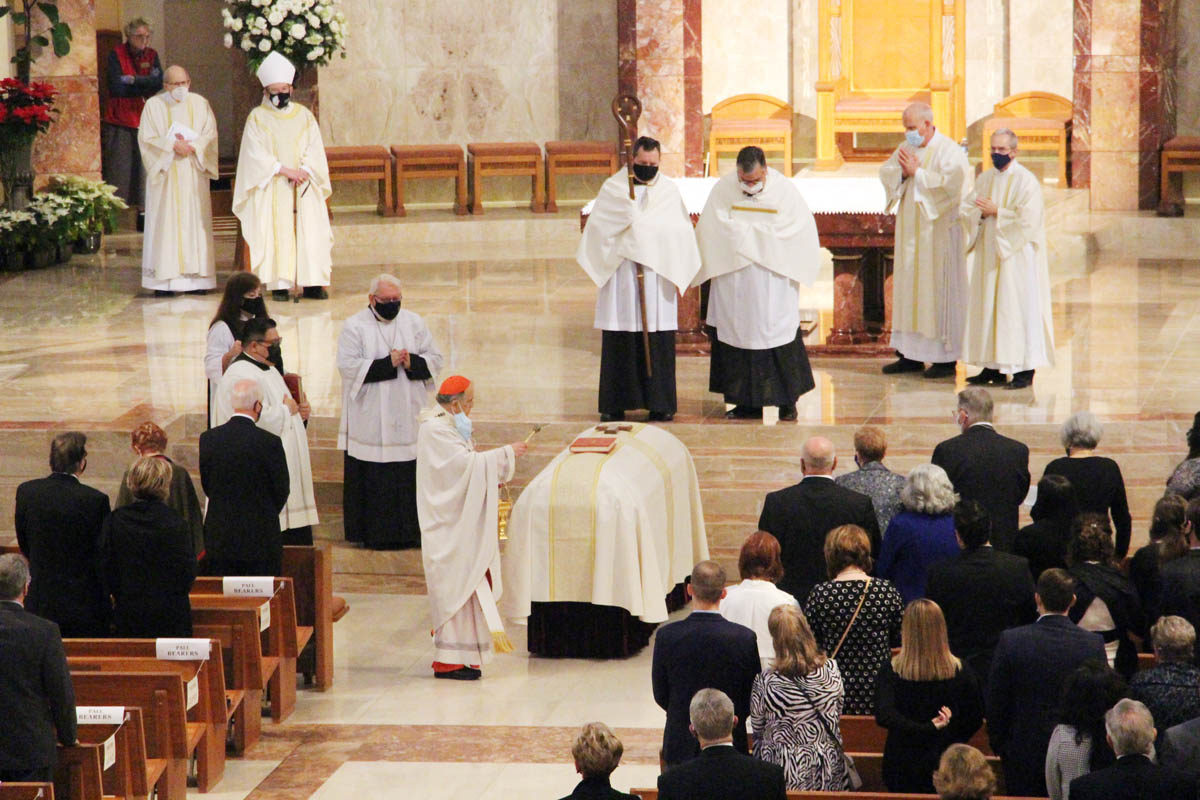 HOUSTON — The Archdiocese lost two treasured leaders this year.
On Dec. 21, Retired Bishop George A. Sheltz died at the age of 75. He was auxiliary bishop of the Archdiocese of Galveston-Houston from May 2, 2012, until his retirement on June 22 of this year. Before his time as bishop, he served at six Houston parishes: Assumption, Sacred Heart Co-Cathedral, St. Vincent de Paul, Christ the Redeemer, Prince of Peace and St. Anthony of Padua in Woodlands. Bishop Sheltz had recently celebrated his 50th Jubilee in the priesthood in May.
Earlier in the year, retired Auxiliary Bishop Vincent M. Rizzotto, a Houston native and social justice advocate, died Jan. 17. He was 89 years old.
Born the youngest of nine children, Bishop Rizzotto grew up in a tight-knit family that was close to each other and to the Church. That spiritual closeness may very well have been the seed for his vocation to the priesthood.
Ordained a diocesan priest in 1956, Bishop Rizzotto studied at Catholic University of America in Washington, D.C. He served as an official of the diocesan marriage Tribunal from 1967 to 1972. He also served at All Saints, St. Francis de Sales and St. Cecilia before he was appointed Auxiliary Bishop of Galveston-Houston by Pope John Paul II. He received his episcopal consecration in 2001. Bishop Rizzotto selected as his episcopal motto, “Make Us One in Christ.”
“All I want of our people is to find their own Christian vocation. All of this is God’s work,” Bishop Rizzotto said.
Some six months after Bishop Rizzotto’s death, after a long battle with lung cancer, Father Ryan Stawaisz, parochial vicar of Prince of Peace Catholic Church, died on June 21. He was 31 years old. Having battled cancer before, Father Stawaisz’s latest diagnosis came in April 2019 as he was preparing for his ordination to the priesthood.
Yet Father Stawaisz found the strength to face his suffering within his Catholic faith.
“As Catholics, adversity and hardship are not something to shy away from,” said Father Stawaisz said in a 2020 Office of Vocations video. “It’s not something to run away from, but to face it and embrace it with the grace of God.” 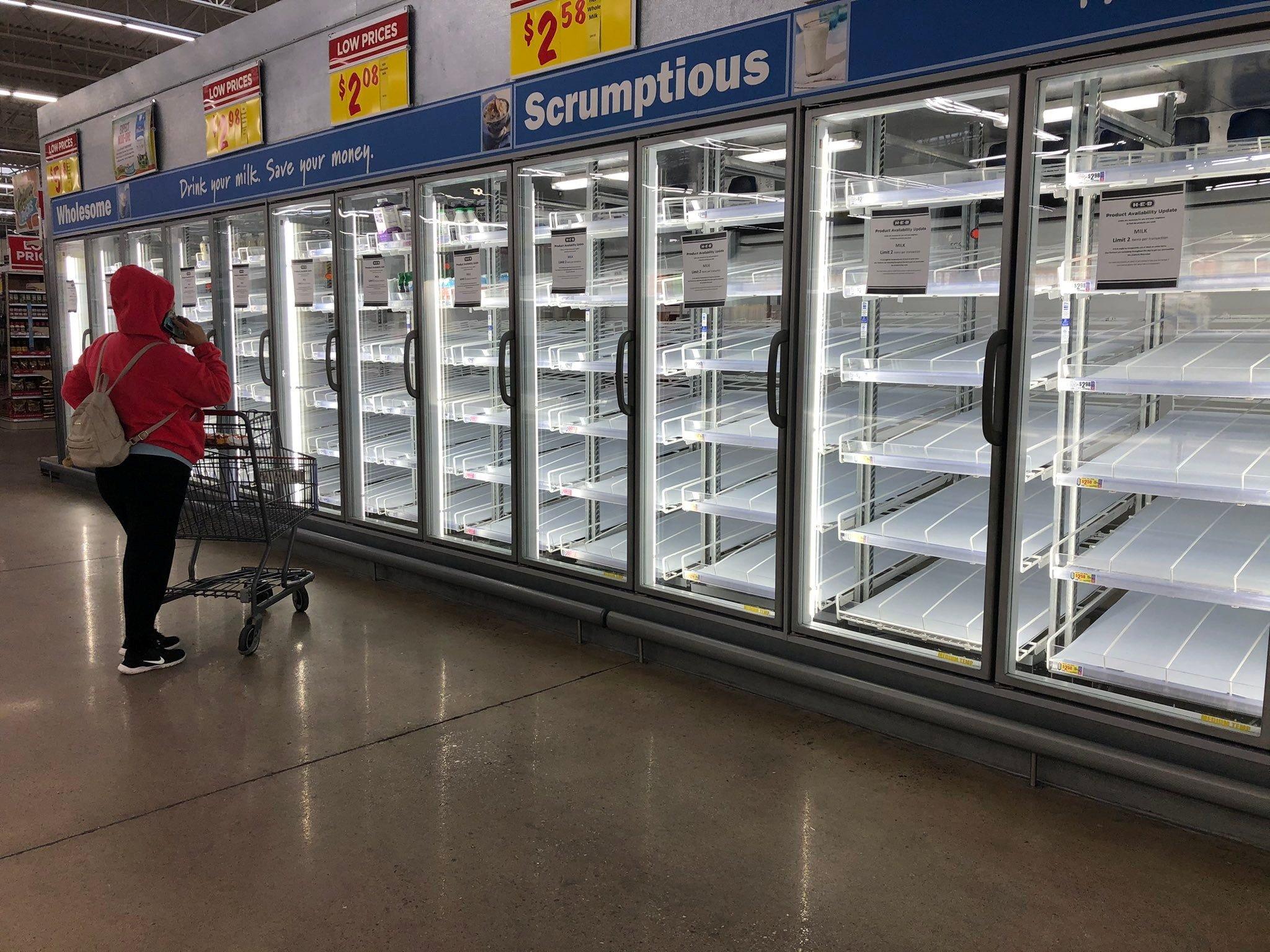 HOUSTON — On Valentine’s Day, freezing temperatures ravaged Texas, overwhelming its energy grid and leaving thousands without power, heat and water.
At least 151 deaths were linked to the storm and subsequent power outages due to hypothermia, carbon monoxide poisoning, home fires or driving accidents on icy roads. There were reportedly 50 in the Houston-area alone.
That tragic number sadly included three students from St. Laurence Catholic School — Nguyen siblings sixth-grader Olivia, second-grader Edison and kindergartener Colette — who died in a devastating house fire along with their grandmother, Loan Le.
Just a few hours after the devastating fire in Sugar Land, the rectory at Holy Name Catholic Church went up in flames, one of several parishes that suffered damage during the winter storm.
Catholic social service agencies, once again, stepped up to help those battered by the storm with financial and material needs. The storm exposed and exasperated issues wrought by past hurricanes. 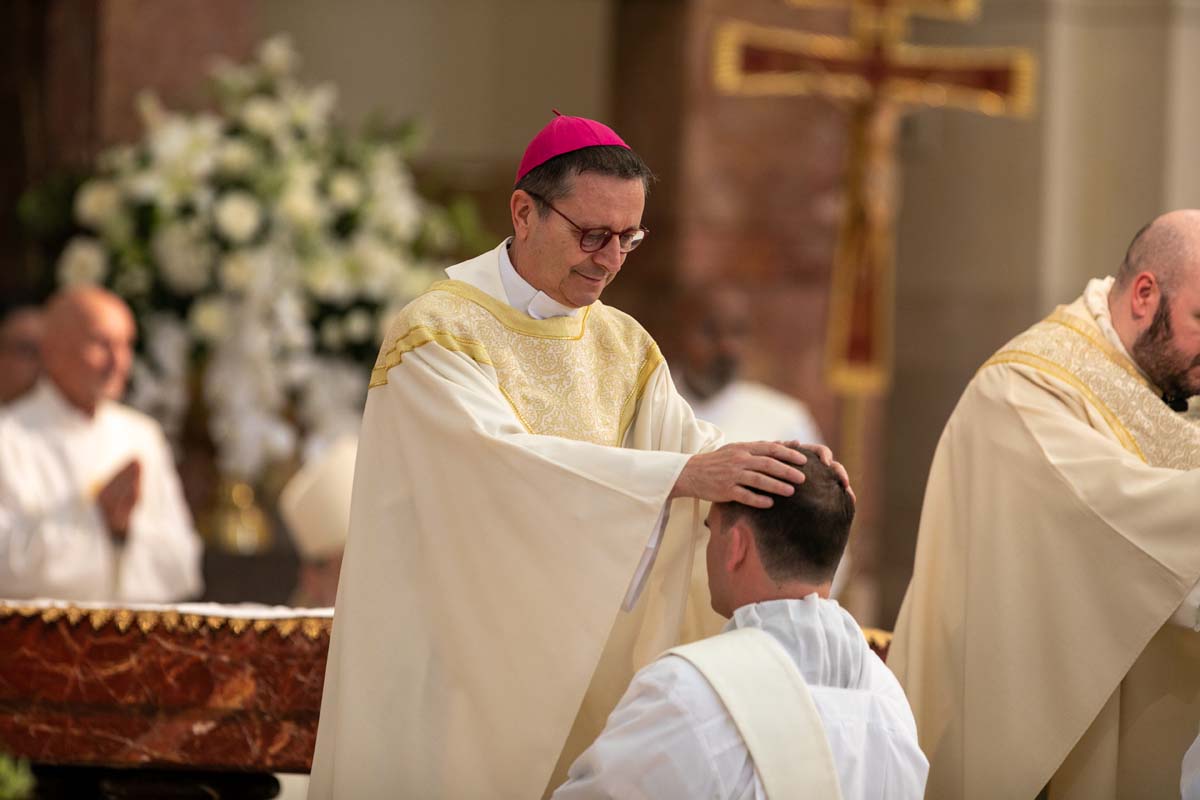 Galveston-Houston gets a new bishop

HOUSTON — As Auxiliary Bishop George A. Sheltz, announced his retirement, Pope Francis made an announcement of his own on May 18. Then-Father Italo Dell’Oro, vicar for Clergy and the secretariat director for Clergy Formation and Chaplaincy Services at the Archdiocese, would become the next bishop of Galveston-Houston.
Bishop-Elect Dell’Oro, 68, has been a priest for almost 40 years, 30 of those in the Archdiocese. He was named vicar general in 2021. He is a priest of the Congregation of Somascan Fathers.
Born in Italy on June 20, 1953, and entered the Somascan Novitiate and Theologate in Rome and made his final profession in 1981. He was ordained a priest in Italy in 1982 and then came to the U.S. in 1985.
In reflecting on his call to the priesthood, he said: “Although I always felt some sort of attraction to it, as I had for other career options, it was at 15 that the possibility of being ‘called’ dawned on me. I went on building my life until, at 21 and 22, the ‘vocational restlessness’ grew to an unbearable level. I had to do something.”

HOUSTON — There might have been angels in the outfield, but in the Space City, the Houston Astros had Dominicans in the stands. And in a sea of orange and blue, their bright white Dominican habits and black veils stood out.
And it wasn’t just Dominicans, but consecrated (and to be consecrated) men and women religious from multiple congregations turned out for several games of the World Series and the American League Championship in Houston in late October.
But it was the Dominican Sisters of Mary Immaculate Province, a growing Vietnamese consecrated women’s religious congregation located in Houston, who were dubbed the “Rally Nuns” and became a viral sensation when they filled a prominent section of Minute Maid Park.
The sisters, alongside a group of priests, seminarians and other women religious, witnessed the Astros take on the Atlanta Braves after the hometown team beat the Boston Red Sox to punch their ticket to the World Series.
Despite the unfortunate outcome of the World Series, vocations and faith moved into the national spotlight, thanks to Houston legend Jim “Mattress Mack” McIngvale and the sisters’ engaging spirit.
Two sisters stepped up to the pitcher’s mound and threw the ceremonial first pitch for two games at Minute Maid Park. Sister Mary Catherine Do, OP, who previously taught at St. Elizabeth Ann Seton Catholic School in Houston, threw the first pitch of Game 6 of the ALCS, and Sister Mary Augustine Pham, OP, threw the first pitch at Game 6 of the World Series.