11th Annual In Memoria concert to be held at the Co-Cathedral Nov. 24 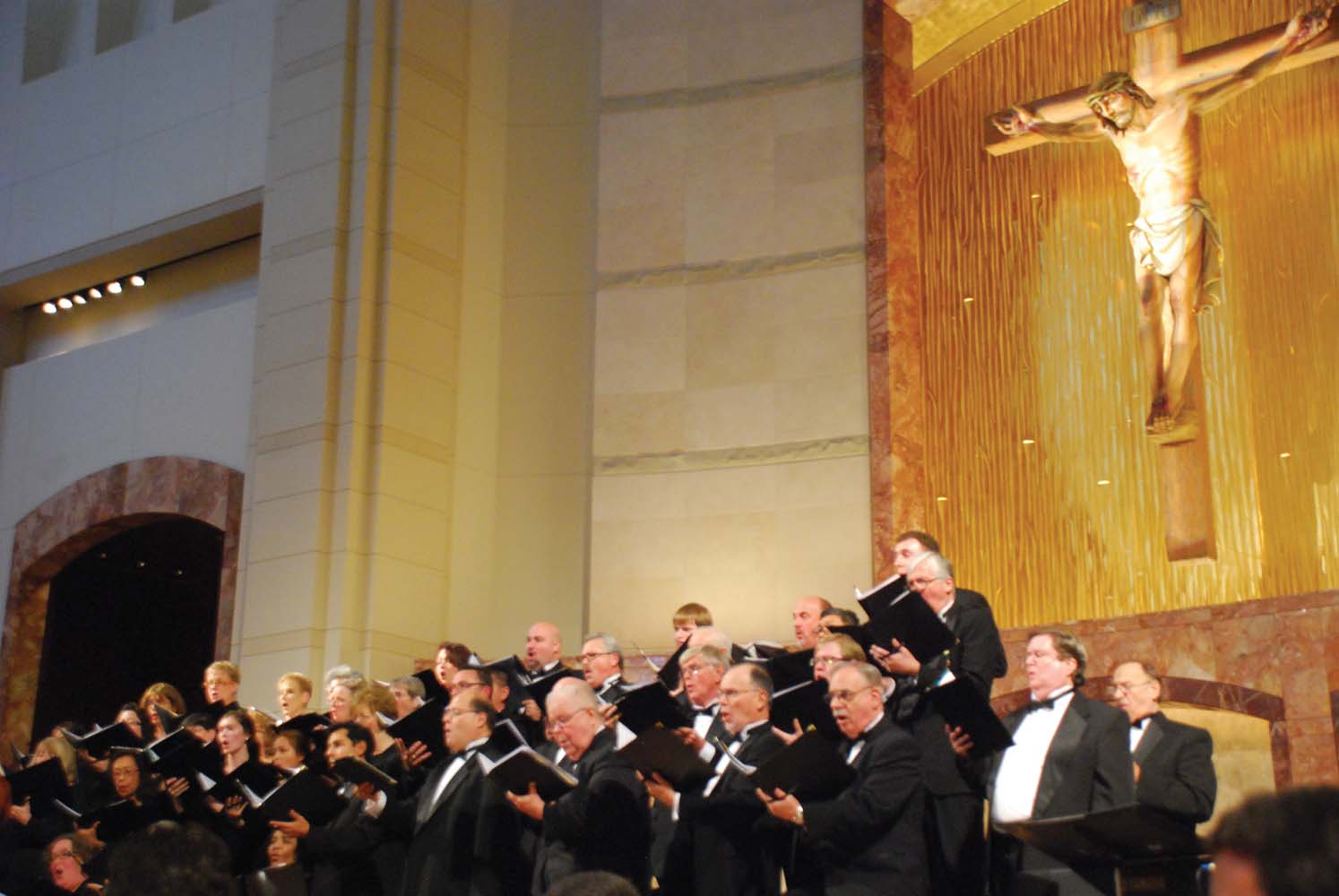 The 11th annual In Memoria concert is scheduled to be held at the Co-Cathedral of the Sacred Heart, located at 1111 St. Joseph Pkwy. in downtown Houston, on Nov. 24. The concert features more than 60 voices in the Archdiocesan Choir (Herald file photo.)

HOUSTON — On Sunday, Nov. 24 at 3 p.m., the Archdiocesan Choir, under the direction of Dr. Richard Lopez of the Archdiocese of Galveston-Houston’s Office of Worship, will perform the Houston premiere of Frank La Rocca’s Mass of the Americas at the Co-Cathedral of the Sacred Heart as part of the choir’s 11th annual In Memoria concert.

Tickets for the special concert may be purchased by visiting the website for the Archdiocese of Galveston-Houston: www.archgh.org/inmemoria. The Co-Cathedral of the Sacred Heart is located at 1111 St. Joseph Pkwy. in downtown Houston.

“This is a one-of-a-kind chance for Houstonians to experience the magnificent work of American-born composer Frank La Rocco being performed by our very own Archdiocesan Choir,” said Scanlan Foundation President Larry Massey Jr.

“I can’t thank Mrs. Raye G. White and Fayez Sarofim & Co. enough for their generous financial support for this event,” said Lopez. “Additionally, Maggie Gallagher, executive director of the Benedict XVI Institute, has been instrumental in bringing this exceptional work to Houston.”

The Benedict XVI Institute hails the work as groundbreaking in that it “elevates traditional Mexican folk hymns to Mary, especially La Guadalupana, into the highest sacred music traditions of the Church.” In addition to Latin, English and Spanish, the work features the Nahuatl language, the language in which Our Lady of Guadalupe spoke to San Juan Diego.

The concert, approximately 90 minutes in length, will feature the entire 60-voice choir as well as a full orchestra and solo performances. Also premiering at this year’s In Memoria concert are original works by local composers Gonzalo Ramos and Daniel Knaggs: Ave Verum Corpus and Ave Maria No. 11.

Ave Verum Corpus, composed by Ramos, is a Latin Eucharistic hymn that depicts the embodiment of Jesus Christ in the Sacrament of the Eucharist. Written for Coro Gloria Dei in 2017, Ramos’ setting focuses on the solemnity of the text. It is written for a four-part a cappella chamber choir and provides a yearning sense for embracing the Liturgical foundation.

Ave Verum Corpus provides a serene and meditative atmosphere that motions through musical tensions created by word-painting, focusing on the sufferings of Jesus Christ.

Ave Maria No. 11 - Virgo Tepeyac, composed by Knaggs, is set as a bilingual dialogue between soprano soloist and full choir. The soprano soloist’s text was taken from a Spanish translation of Mary’s words to St. Juan Diego on Tepeyac Hill (present-day Mexico City) in 1531.