Orders affected by Harvey among those benefiting from Retired Fund for Religious collection, Dec. 9-10 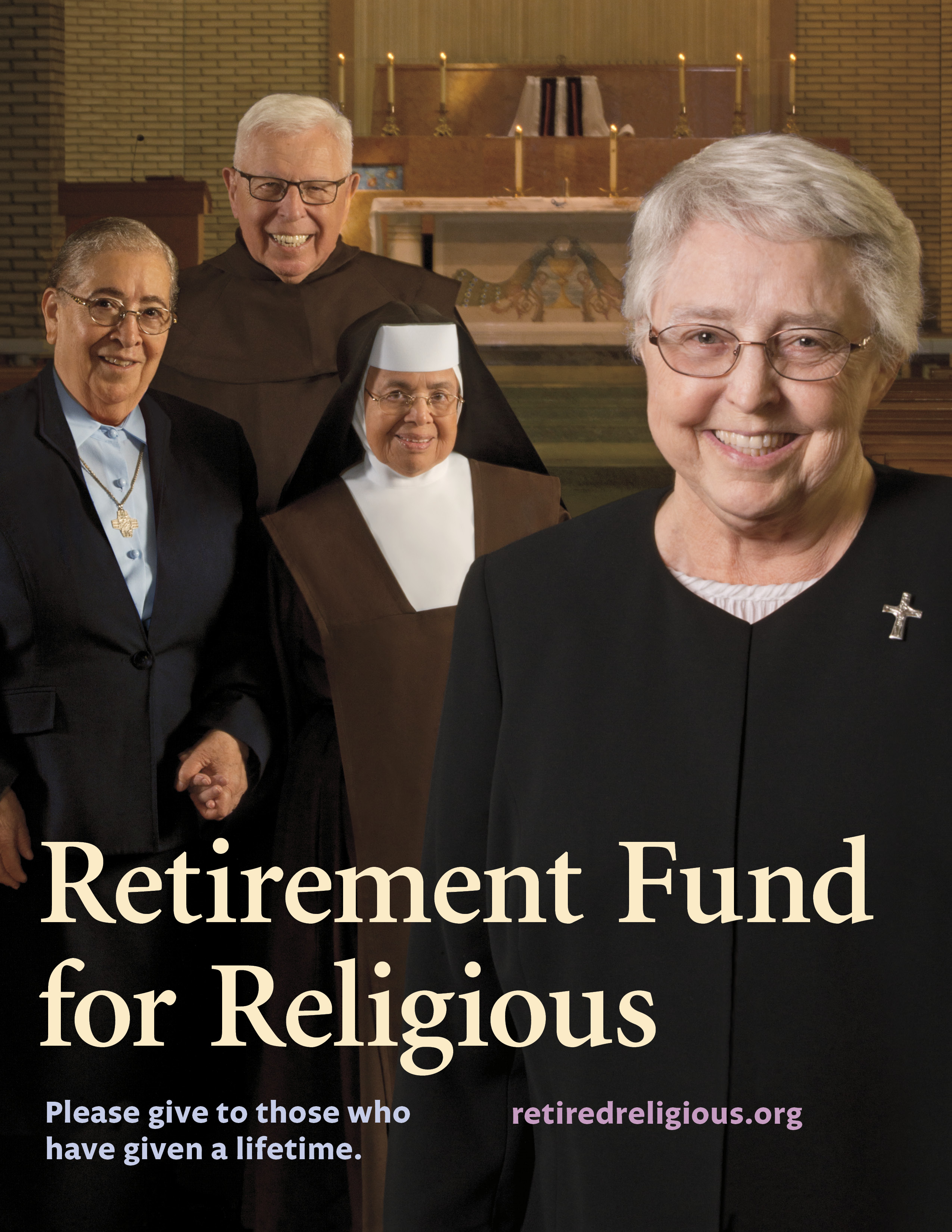 The 30th appeal for the Retirement Fund for Religious will be held Dec. 9-10 at parishes of the Archdiocese of Galveston-Houston. The annual, parish-based collection is coordinated by the National Religious Retirement Office (NRRO) and benefits some 32,000 aging Catholic sisters, brothers and priests in religious orders.

The NRRO distributed $25 million to 390 religious communities across the country. Last year, the Archdiocese of Galveston-Houston contributed  $566,039 to the collection, the 10th consecutive year in which our local Church has contributed more than $500,000, according to Sister Heloise Cruzat, O.P., Vicar for Religious for the Archdiocese

“Women and men religious who serve or have served in the Archdiocese but whose communities are based elsewhere may also benefit from the annual appeal,” Sister Cruzat said.

In 2017, the Discalced Carmelite Nuns, the Dominican Sisters of Mary Immaculate and the Missionary Carmelites of St. Teresa received financial assistance made possible by the Retirement Fund for Religious.

Catholic bishops of the United States initiated the collection in 1988 to help address the deficit in retirement savings among the nation’s religious congregations. Proceeds are distributed to eligible congregations to help underwrite retirement and health-care expenses. Roughly 94 percent of donations aid elderly religious.

“We continue to be amazed and grateful for the outpouring of support for senior religious and their communities,” said Presentation Sister Stephanie Still, the NRRO’s executive director.

In August and September, the waters of Hurricane Harvey had not yet begun to recede when Sister Cruzat was in contact with Sister Still about congregations in the Archdiocese needing NRRO emergency funds. In addition, Sister Still supplied contact information for SOAR, Save Our Aging Religious, which also sent prompt emergency assistance.

“This heartfelt compassion expressed so promptly and willingly meant a great deal to our religious, who were damaged or destroyed by Harvey,” Sister Cruzat said. “Our gratitude is sincere, and NRRO both deserves and needs generous support in the collection on December 9-10.”

Proceeds from the collection underwrite financial assistance, educational programming and hands-on consultation that help religious communities reduce funding deficits, enhance eldercare and plan for long-term needs. “Our goal is to help religious communities meet today’s retirement needs while preparing for the ones to come—so that religious young and old can continue to serve the People of God,” said Sister Still.

In November of 2016, the U.S. Catholic bishops voted to extend the Retirement Fund for Religious collection for an additional 10 years. More information is available atwww.retiredreligious.org.