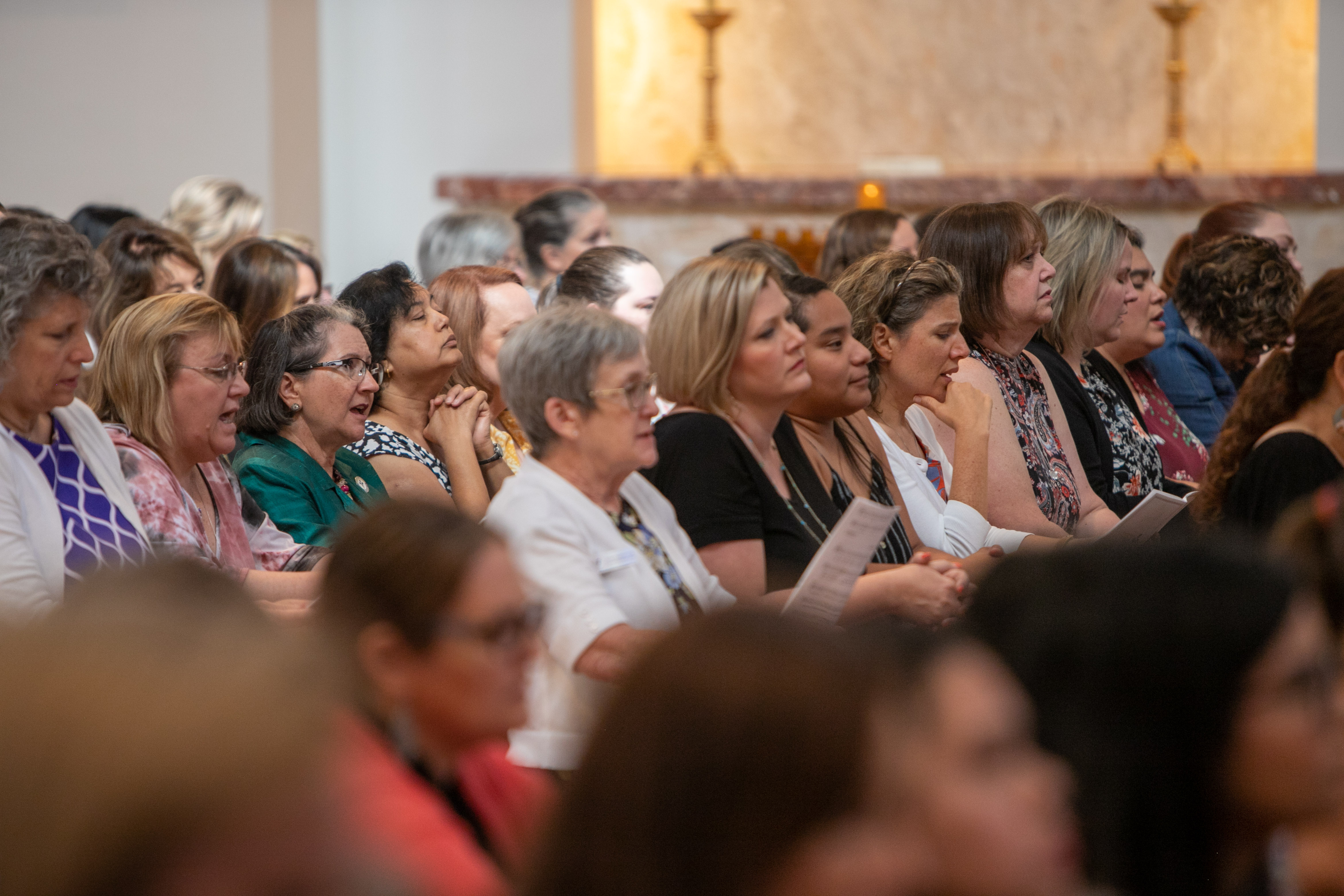 More than 1,300 teachers and school administrators from Catholic schools of the Archdiocese of Galveston-Houston celebrated the beginning of a new school year with Daniel Cardinal DiNardo at an August 9th Mass.

The Mass, held at the Co-Cathedral of the Sacred Heart, kicked off the new school year praying for 49 Catholic primary schools and 11 Catholic high schools. The schools have a total of more than 18,000 students, some who are starting the week of August 12th while other schools begin the week of August 19th.

“We are so happy and excited to be starting this new school year with a renewed spirit,” said Debra Haney, Superintendent of Catholic Schools for the Archdiocese. 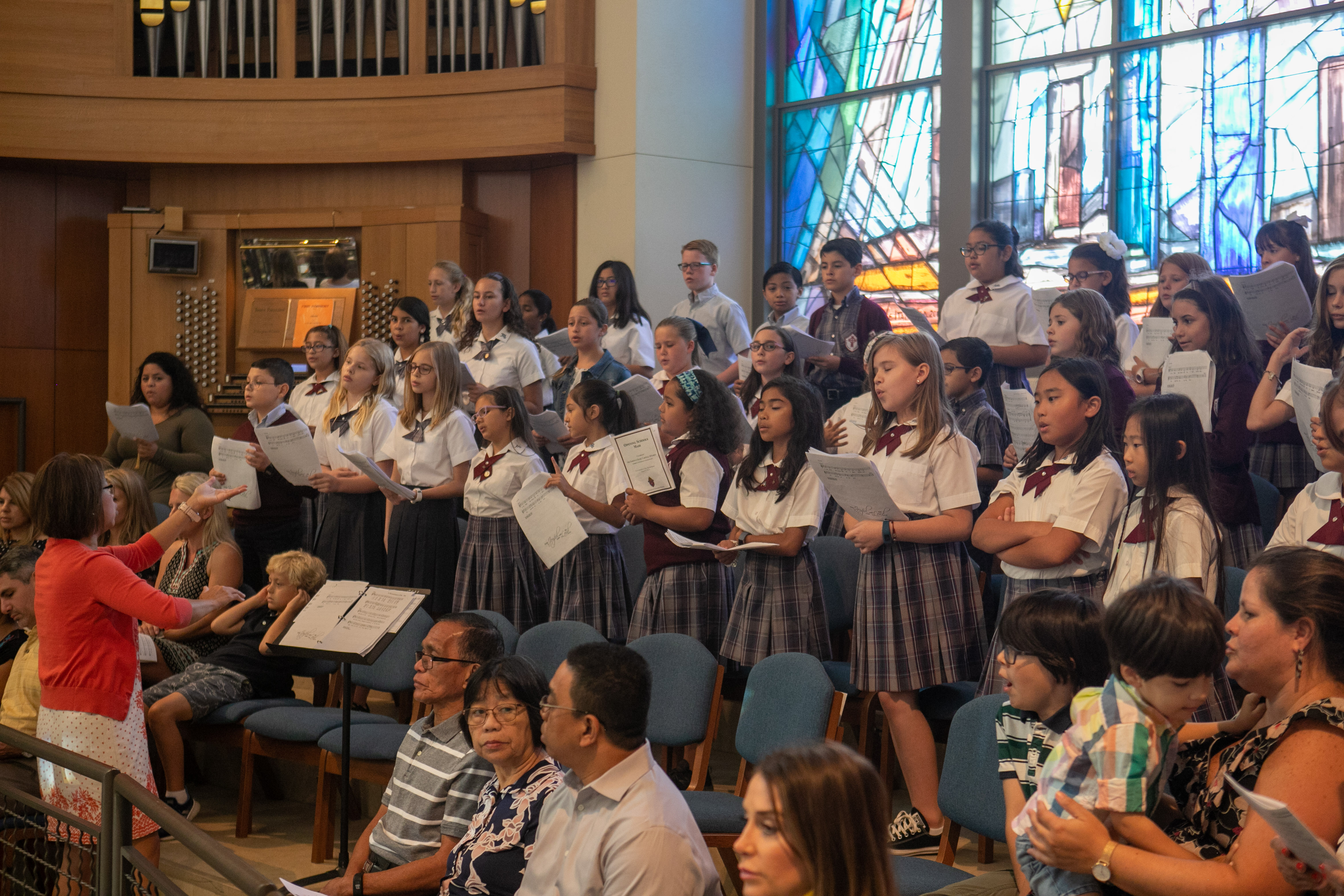 Cardinal DiNardo, who had recently returned from the Knights of Columbus annual convention in Minneapolis, told the teachers and administrators how a high school student was honored there posthumously and inducted as a knight like his father.

Kendrick Castillo, 18, was hailed as a hero last May after he lunged at a gunman who had burst into his Colorado high school. The quick-thinking move gave other students the chance to hide and two other students were able to take the shooter down. But Castillo was fatally shot in the struggle.

“Kendrick Castillo had gone to Catholic schools all his life until he went on to a public high school. He was an ordinary kid who turned into an extraordinary hero. These are the children you are teaching,” Cardinal DiNardo said.

The Cardinal and superintendent Haney both presented the Sally Landram Excellence in Education Award to Catholic school educator Grace Kwong of St. Francis de Sales Catholic School. The honor awards $1,500 to teachers who exemplifies excellence and professional dedication. The award is made possible by the generosity of the John W. and Alida Considine Foundation. Kwong said she would use the funds for new school bulletin boards and technology. 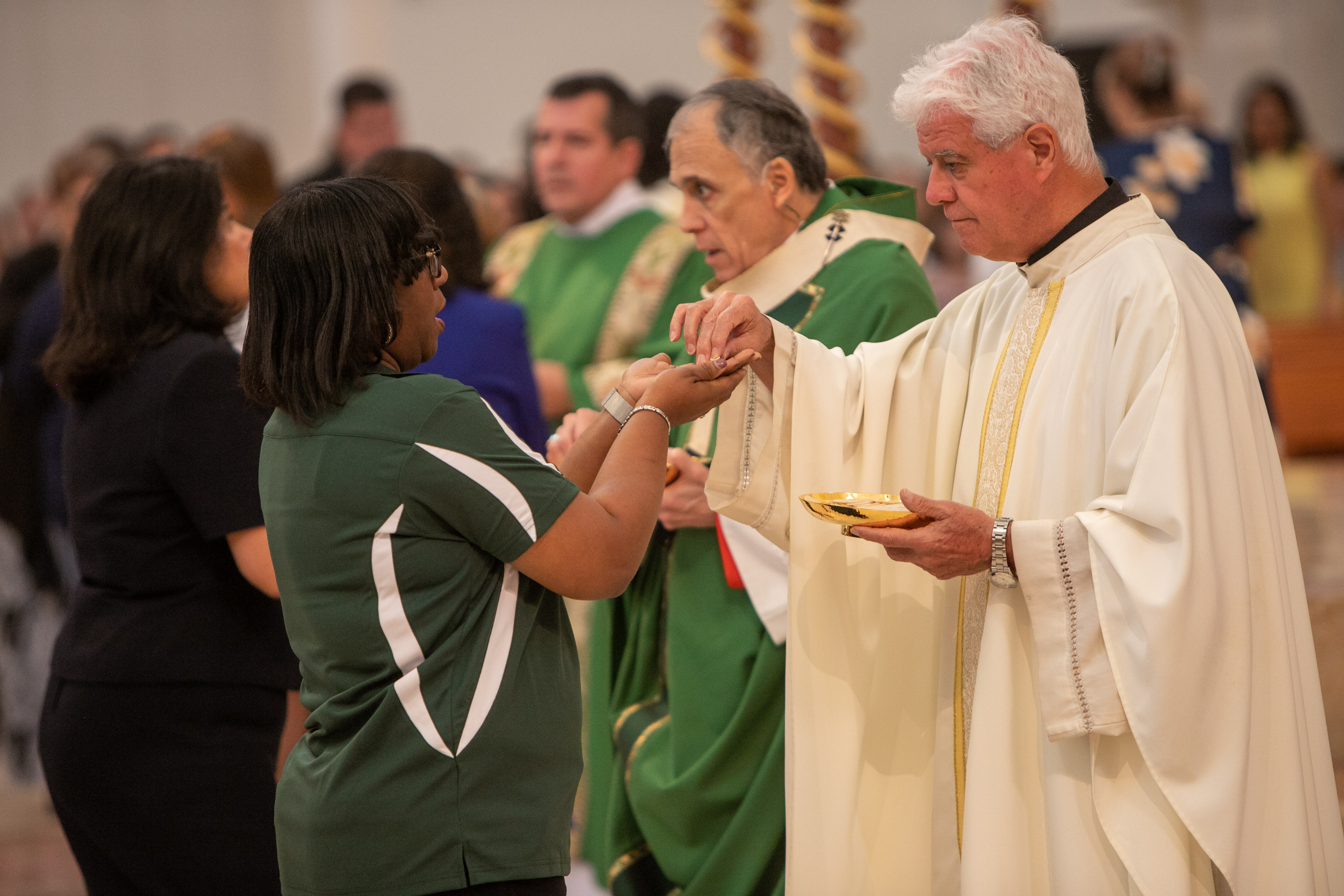