VIDEO & PHOTOS: Cardinal DiNardo's preaches on June 30, "Your faith has saved you"

Daniel Cardinal DiNardo preached at 3 Masses the weekend of June 30 and July 1. The Masses were celebrated the weekend before Independence Day, during the U.S. bishops' Fortnight for Freedom, a 14-day period of prayer and advocacy for religious freedom.

The June 30 Mass was celebrated for Holy Family Parish at Mary, Star of the Sea church in Jamaica Beach, Texas. Click below to watch the cardinal's homily on the readings for the 13th Sunday in Ordinary Time. (And scroll down the page to view photos from the Saturday Vigil Mass.) 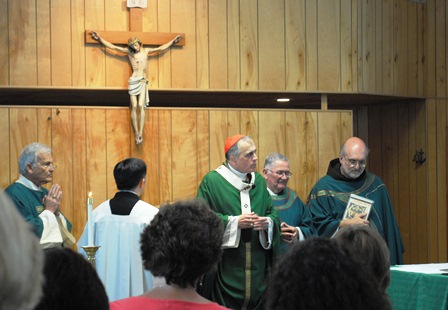 Photos by Jenny Faber/Archdiocese of Galveston-Houston and courtesy of Jim Faber
Cardinal DiNardo said Mass June 30 at Mary, Star of the Sea Church in Jamaica Beach. The cardinal preached 3 Masses for Holy Family Parish, the Catholic parish that serves Galveston Island and Bolivar Peninsula. The cardinal preached on faith in the public square at the Masses on the last weekend of the Fortnight for Freedom, the U.S. bishops' 14-day period of prayer and reflection on religious liberty. 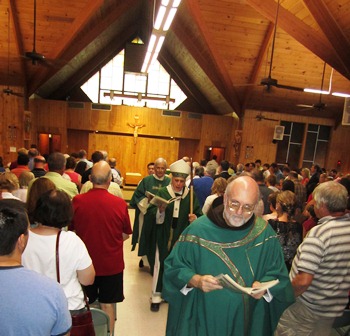 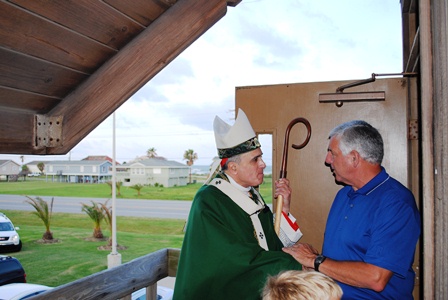 Cardinal DiNardo spoke to Holy Family parishioners leaving Mary, Star of the Sea after the 7 p.m. evening Mass the weekend before Independence Day.