This I command you: Love one another. 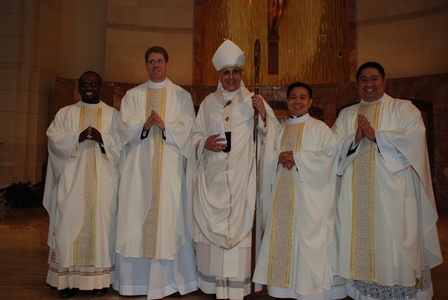 Photos by Jonah Dycus/Archdiocese of Galveston-Houston

UPDATE: Click below to hear the Cardinal's homily from the Ordination Mass.

Daniel Cardinal DiNardo ordained 4 men to the priesthood on June 4. A Standing Room Only crowd at the Co-Cathedral of the Sacred Heart included family, friends and lay faithful from the various parishes and ministries where the four new priests have served during their years of formation to the priesthood. The priesthood candidates and congregation heard Cardinal DiNardo preach on the Gospel of John (15:9-17), in which Jesus commands the disciples to love one another as He has loved them.

During the Rite of Ordination, Cardinal DiNardo sealed the priests' admittance into their new, shared ministry serving the people of God. 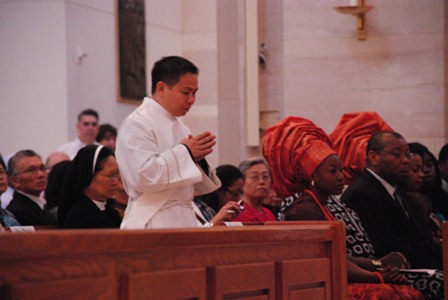 Father Phong Nguyen is called forward for the Rite of Ordination. 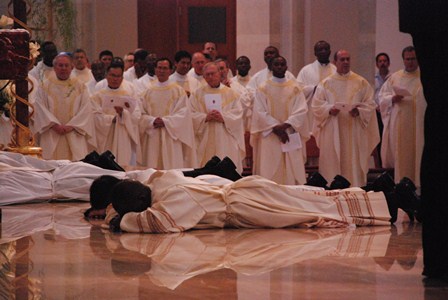 Priests of the Archdiocese witnessed Fathers Jude Ezuma, Phong Nguyen, Victor Perez and Eurel Manzano lay prostrate before the altar during the Mass. 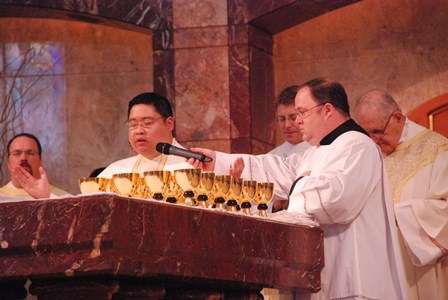 Father Eurel Manzano and the newly Ordained priests concelebrated the Eucharist with Daniel Cardinal DiNardo and other priests of the Archdiocese. 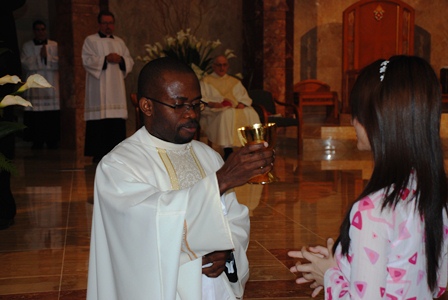 Father Jude Ezuma distributes communion to the faithful who filled the pews of the Co-Cathedral of the Sacred Heart. 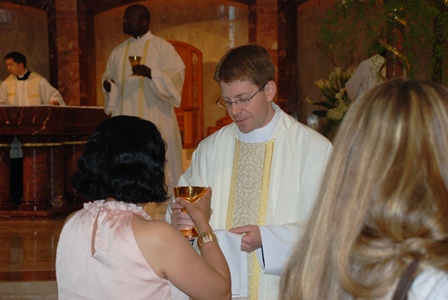 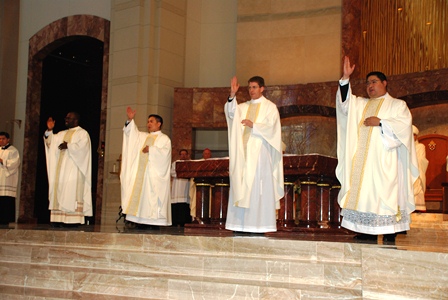 The four new priests offer a blessing on the congregation at the close of the Ordination Mass.

Want to know more about this year's ordinations? Look in the June 21 Texas Catholic Herald for a story and photos summarizing this momentous day for the Archdiocese.