Statement on the Passing of Pope Emeritus Benedict XVI 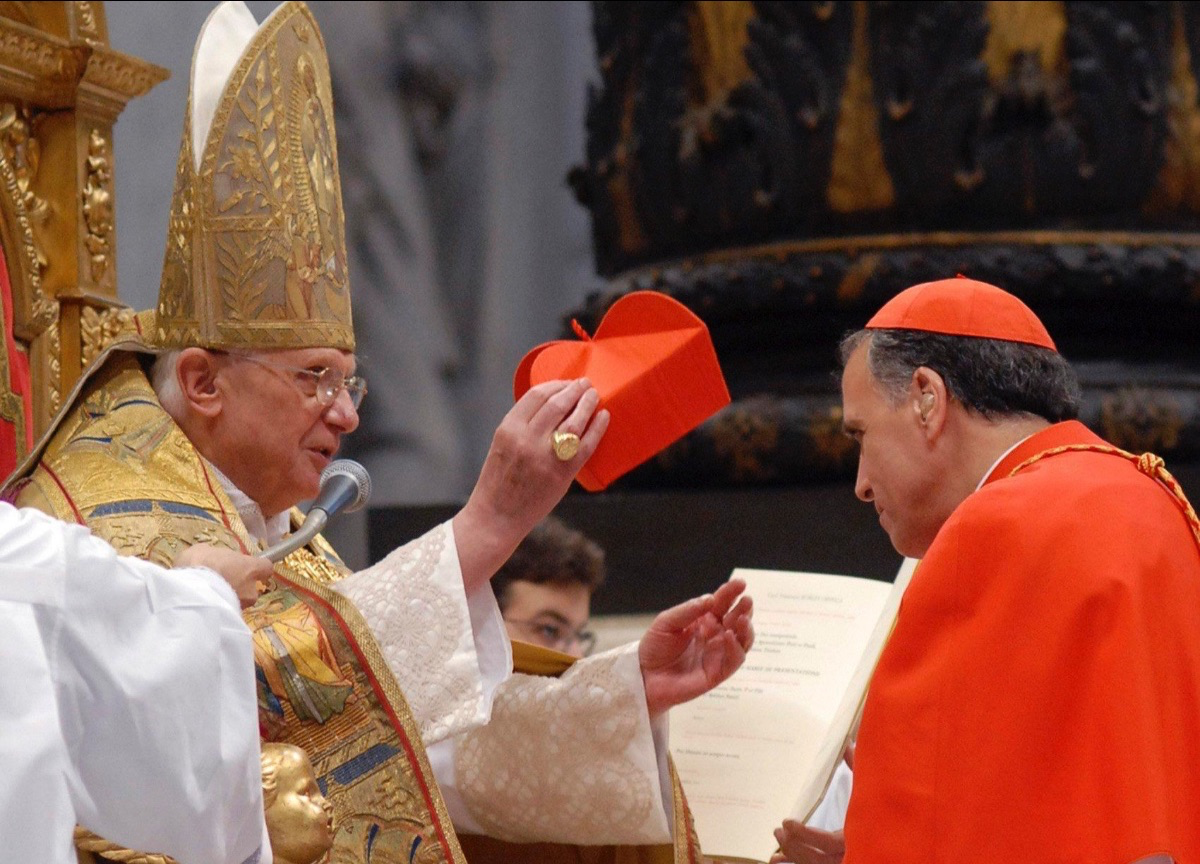 Daniel Cardinal DiNardo, Archbishop of Galveston-Houston, receives the red biretta from Pope Benedict XVI during the consistory in St. Peter's Basilica at the Vatican Nov. 24, 2007. The pope elevated 23 from around the world to the rank of cardinal. (CNS photo/L'Osservatore Romano via Reuters)

It is with deep sadness and hope in the Resurrection that we mourn the death of Pope Emeritus Benedict XVI.

From 2005 to 2013, the late Holy Father shepherded the Church with great love. His keen intellect invigorated the New Evangelization by drawing hearts and minds into the mystery of our redemption in Christ, and inspiring countless men and women to spread the Gospel by the example of their lives.

Having been present at the Second Vatican Council, Pope Benedict knew first-hand the teaching of the Council and sought to articulate that teaching in his scholarly work as a theologian. He did the same as an official in the Holy See, and later as Supreme Shepherd of the Church.

Pope Benedict XVI’s sense of the faith and love for the Sacred Liturgy will continue to shape the Church for years to come. He was a true pastor of souls and son of the Church.

I give thanks to Almighty God for the good example and Petrine Ministry of Pope Benedict XVI. May the Lord now welcome this faithful servant into the heavenly liturgy of the Wedding Feast of the Lamb.