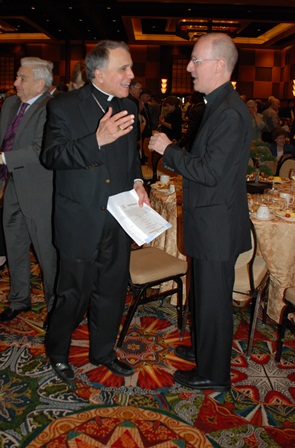 "Between Heaven and Mirth: Joy, Humor and Laughter in the Spiritual Life" was the theme of Father Martin's 45-minute talk. During a morning of reflection, Father Martin relayed jokes, anecdotes and spiritual guidance on the essential role that humor plays in the life of the saints, Church leadership and all who strive to live a Christian life. 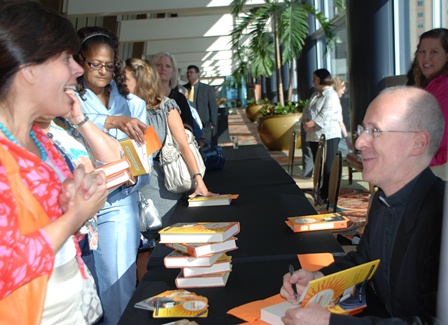 Father Martin has written several books, including the "The Jesuit Guide to (Almost) Everything." Above, Prayer Breakfast attendees line up to have Father Martin sign copies of the book. The Jesuit has written for the "New York Times" and appeared on CNN, Comedy Central's "The Colbert Report," and a host of other websites. He serves as culture editor of "America" magazine.

This is the second year for the Prayer Breakfast, which allows local Catholics a chance to share faith and fellowship.