In the weeks ahead of the 2019 USCCB General Assembly in Baltimore, Daniel Cardinal DiNardo celebrated the 2019 Red Mass at the Co-Cathedral of the Sacred Heart in Houston Oct. 29.

He was joined by concelebrants, Auxiliary Bishop George A. Sheltz, Archbishop Emeritus Joseph A. Fiorenza and Bishop Curtis J. Guillory of Beaumont. The annual Mass, attended by at least 250, honors members of the judiciary and legal profession.

Judge Stuart Kyle Duncan of the U.S. Court of Appeals for the Fifth Circuit served as the speaker for the dinner that followed the Mass. 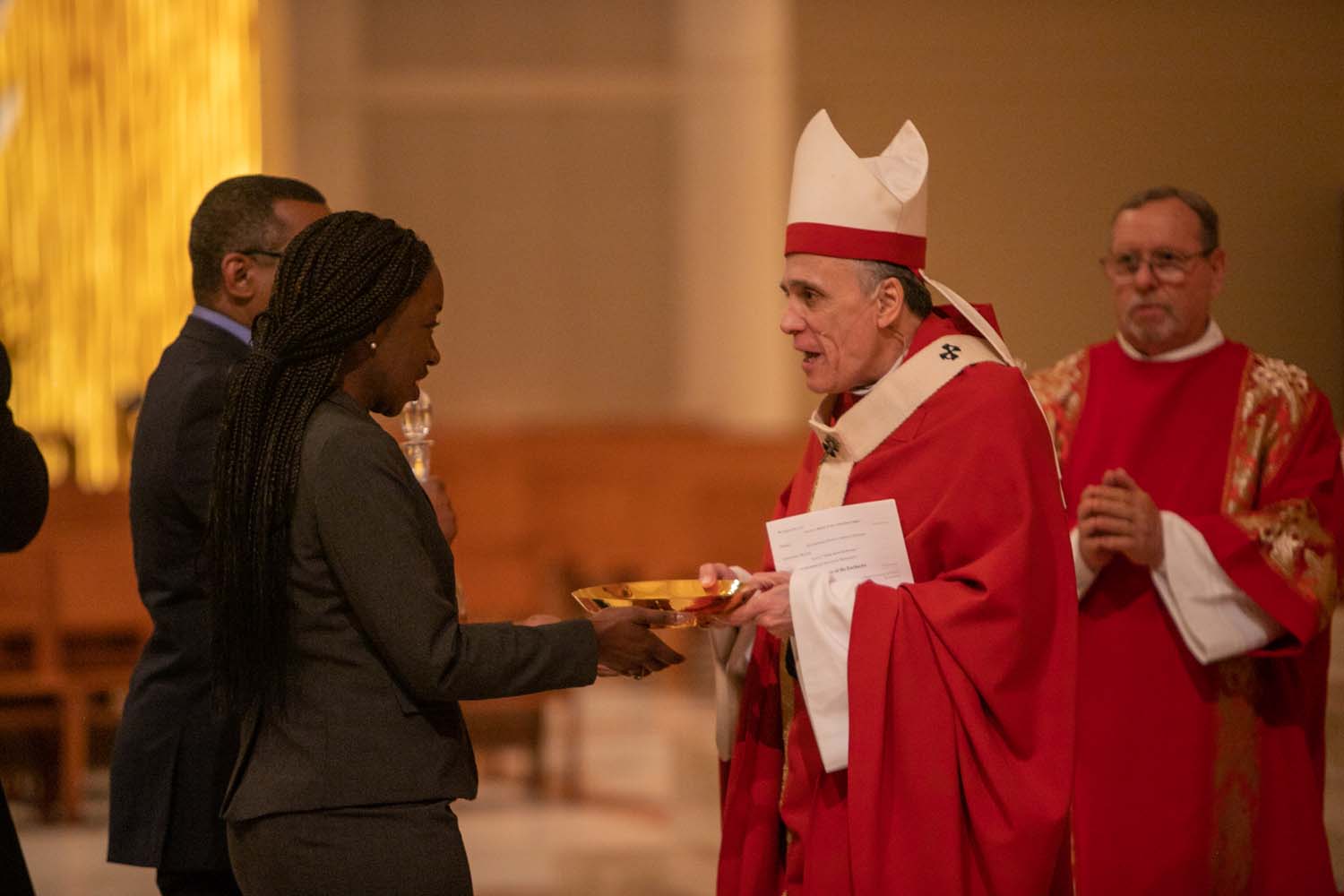 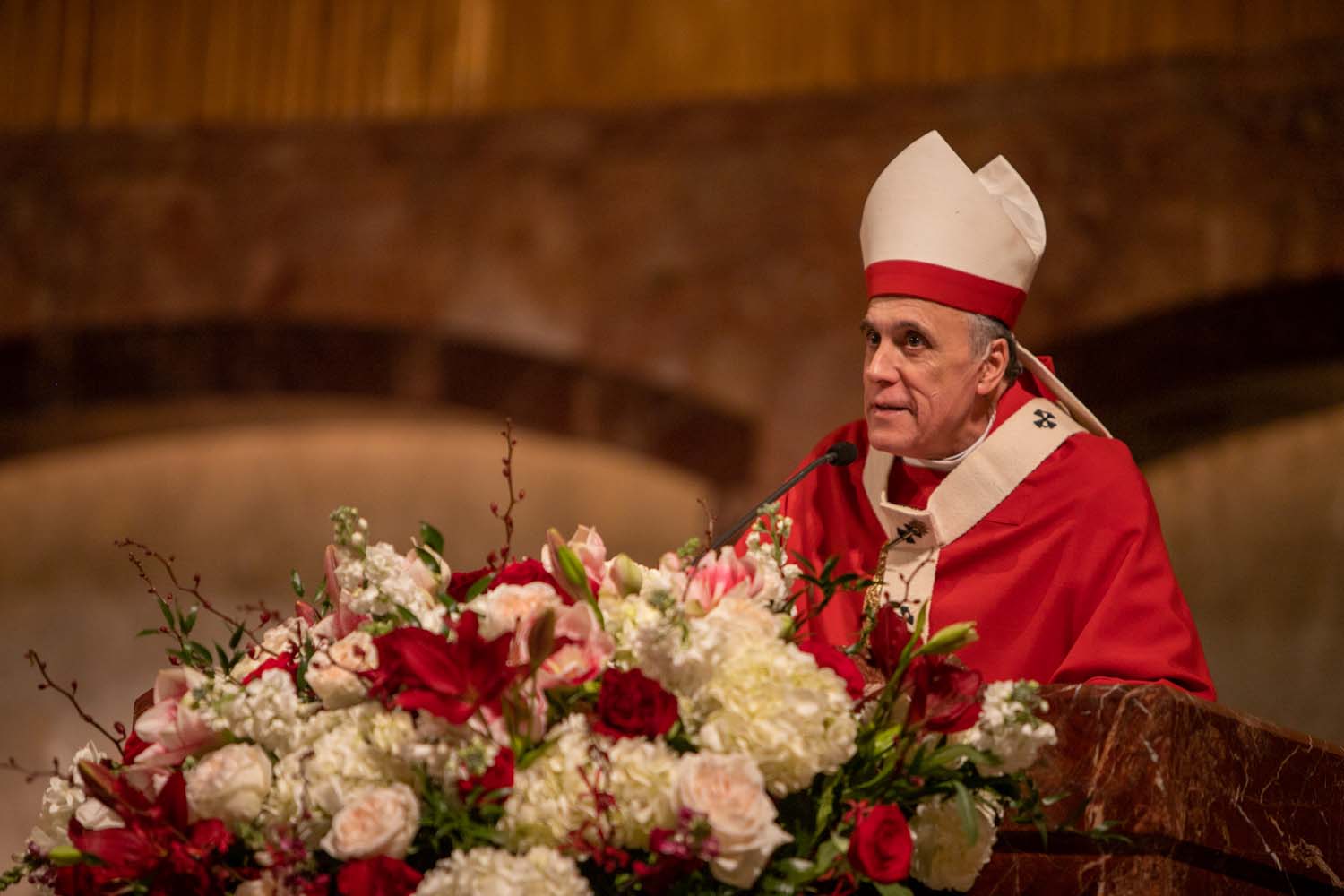 Archbishop Emeritus Joseph A. Fiorenza and Retired Auxiliary Bishop Vincent M. Rizzotto also concelebrated the Mass. During his annual fall gathering with retired priests, Cardinal DiNardo shared his thoughts on the Amazon Synod of Bishops and met with the priests. 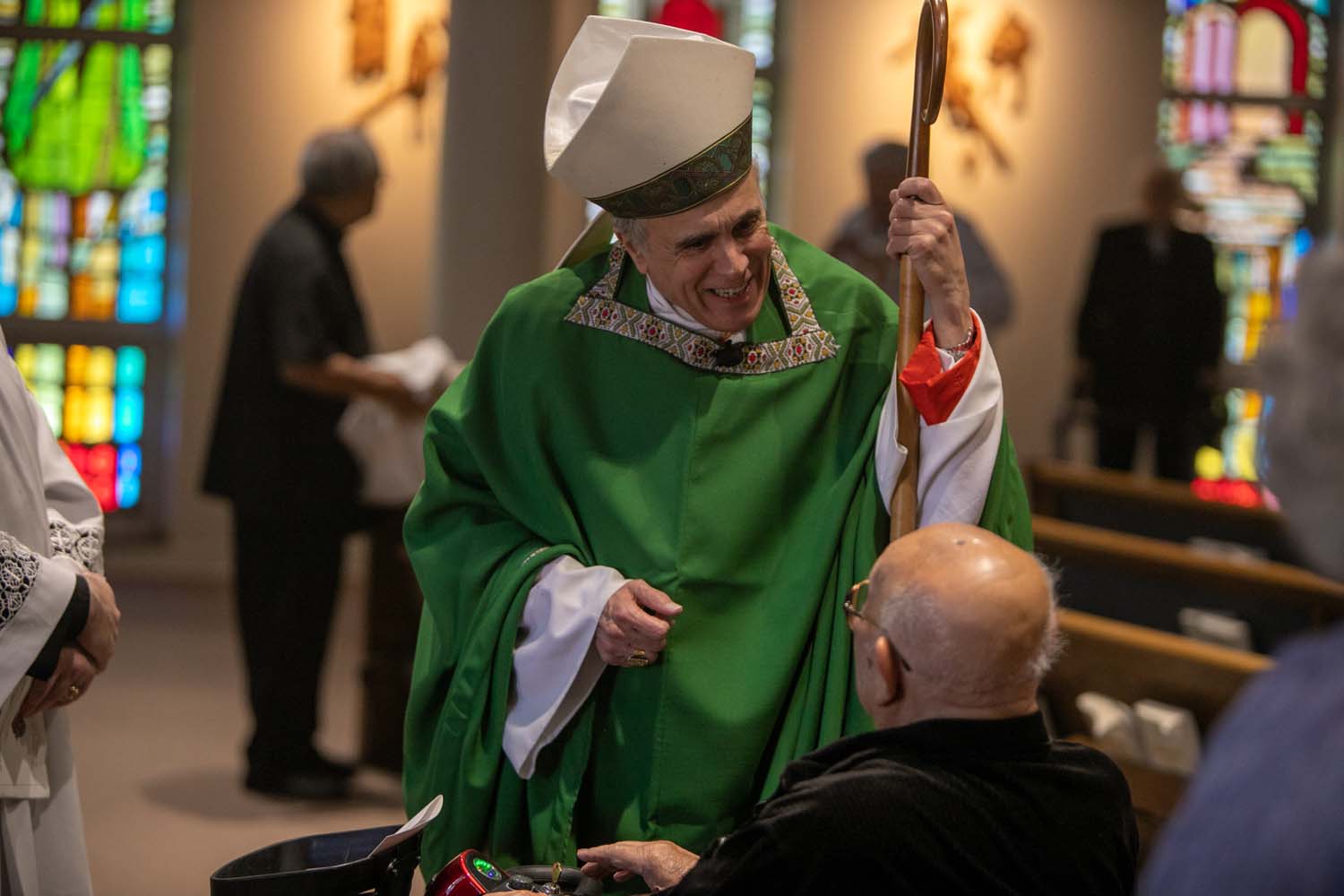 Daniel Cardinal DiNardo greets Monsignor Patrick Wells after celebrating Mass with Monsignor Wells and other retired priests of the Archdiocese. 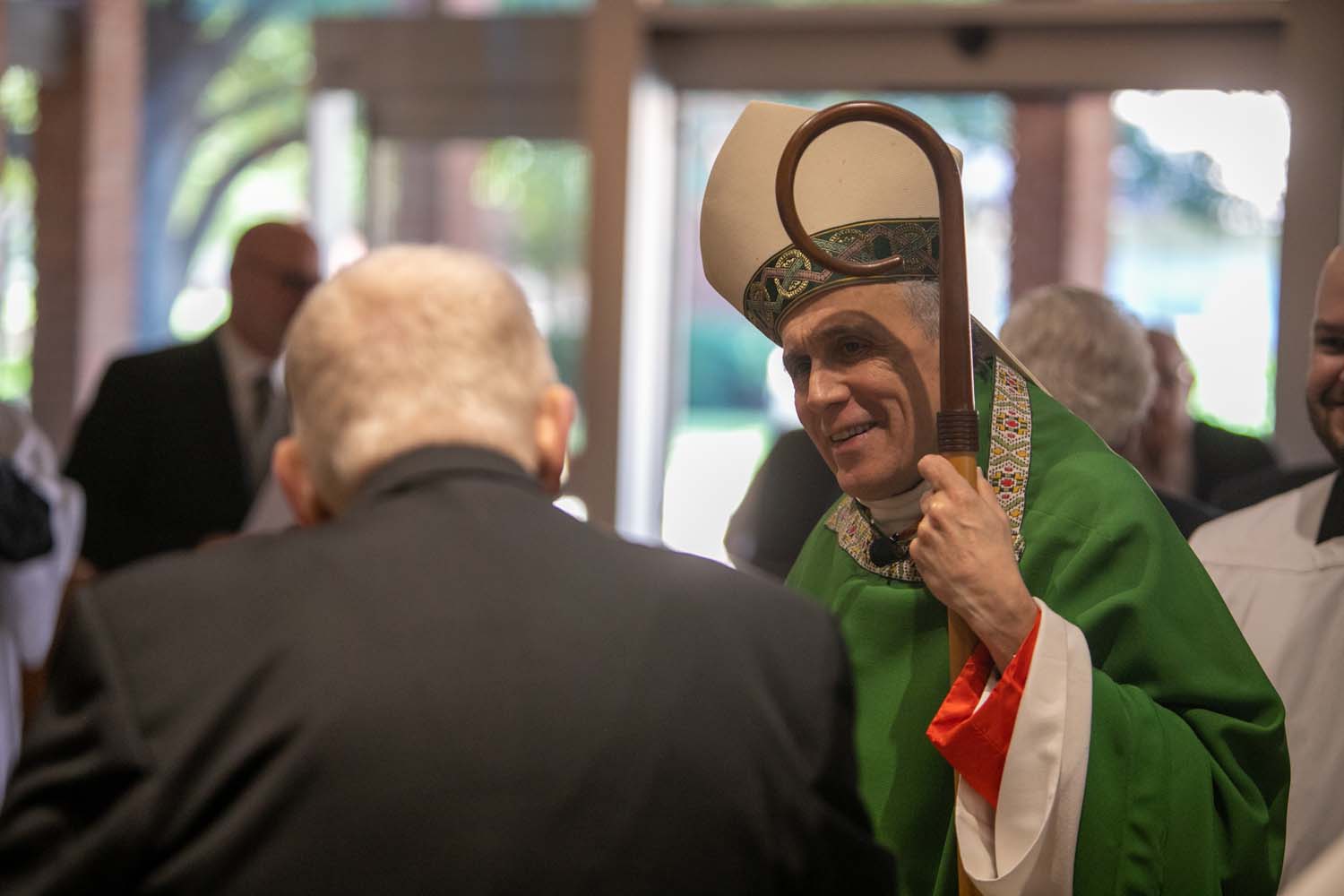 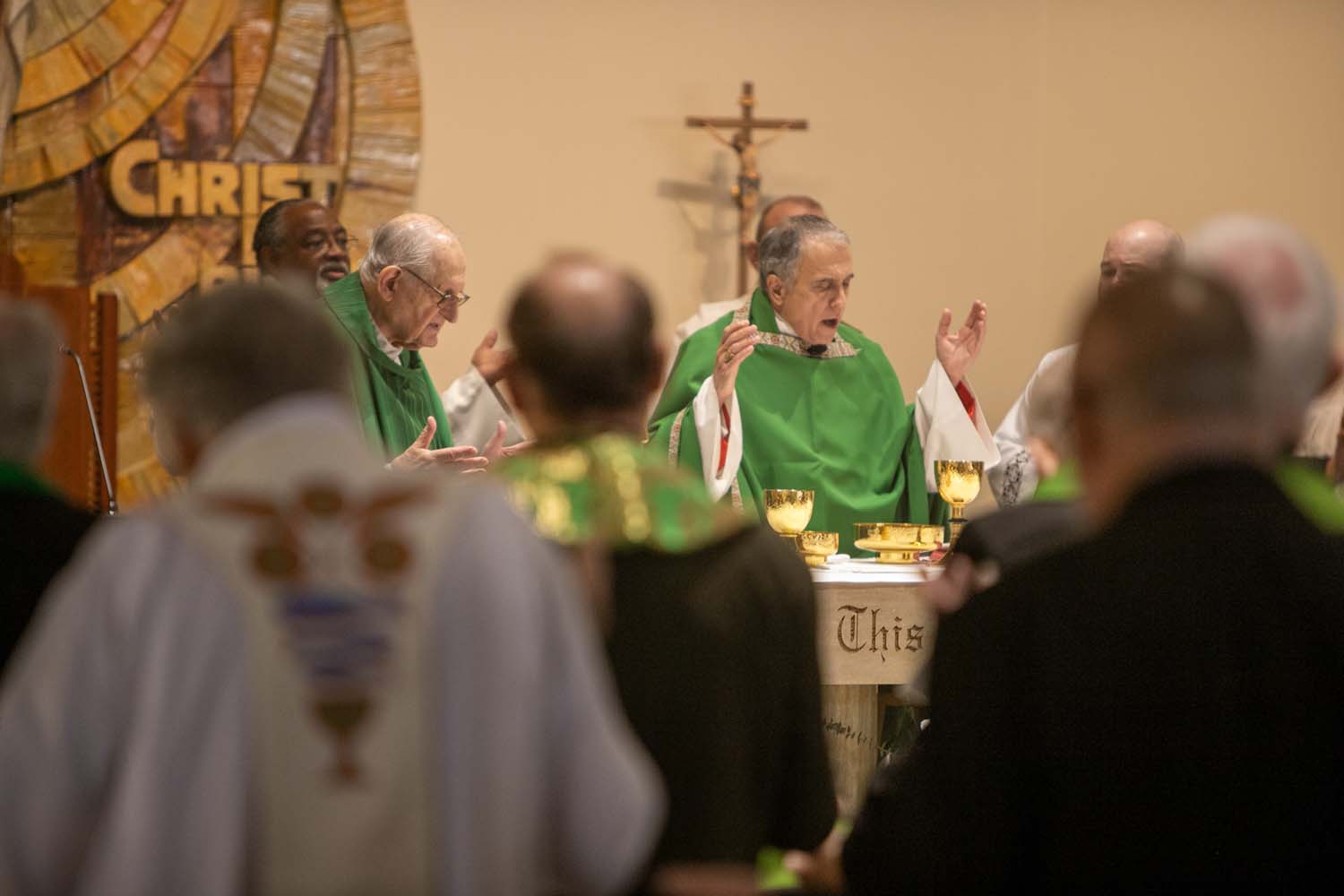 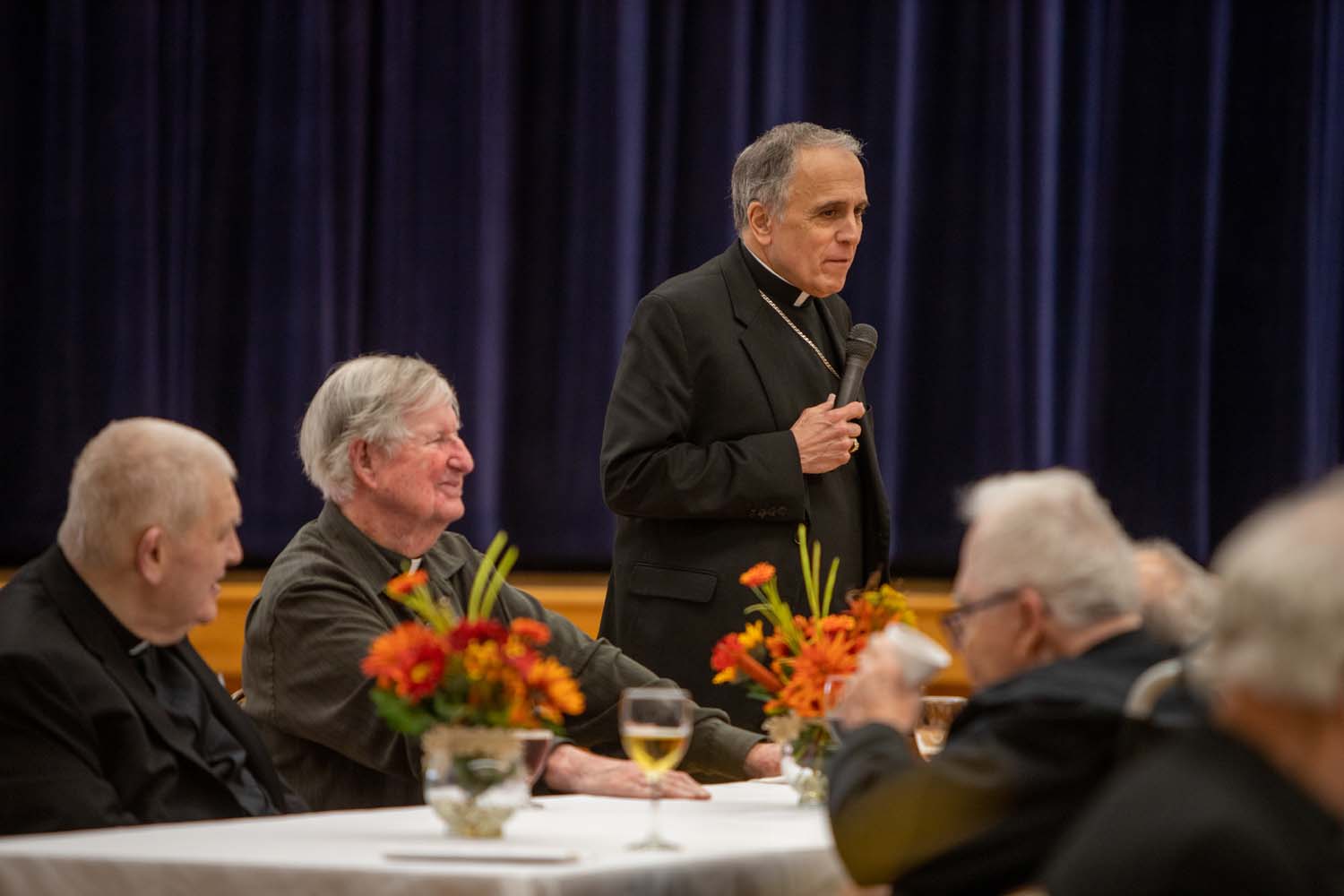