A pitch for Catholic Schools 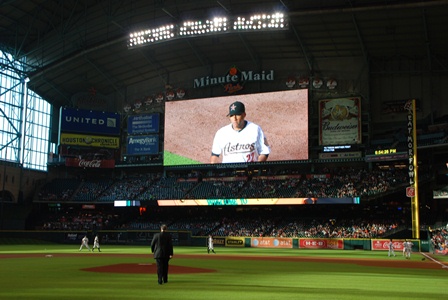 Daniel Cardinal DiNardo threw out the first pitch during Catholic Family Night at the Astros, June 10. Before the Astros vs. Braves game, the Cardinal presented representatives of St. Ambrose Catholic School with the David K. Guite Spirit Award, which recognized the school's exemplary participation in the Archdiocesan Steps for Students 5K race in February. St. Ambrose school had more than 1,300 runners represented in this year's race.

A portion of the proceeds from Archdiocesan ticket sales to Catholic Family Night at the Astros benefited the Catholic Schools of the Archdiocese. 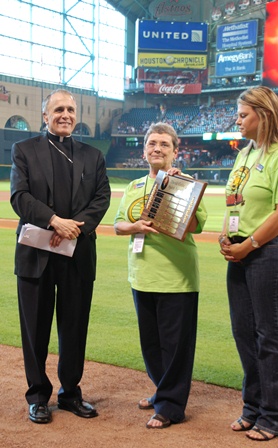 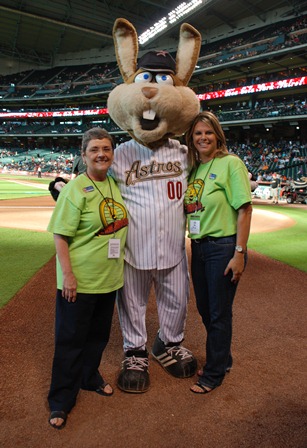 Judy Fritsch (LEFT) and Danna Holle of St. Ambrose Catholic School caught up with Astros mascot Junction Jack before the start of the Astros vs. Braves game. 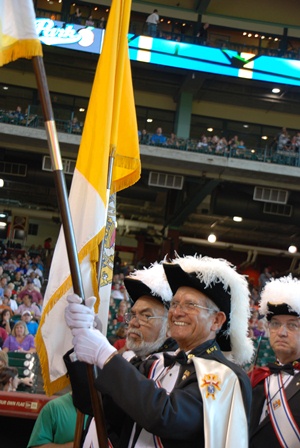 Representatives of the Knights of Columbus escorted the Cardinal to the field at the June 10 game at Minute Maid Park. 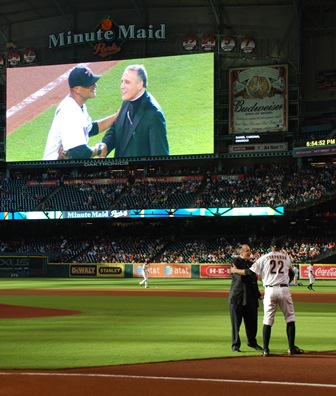