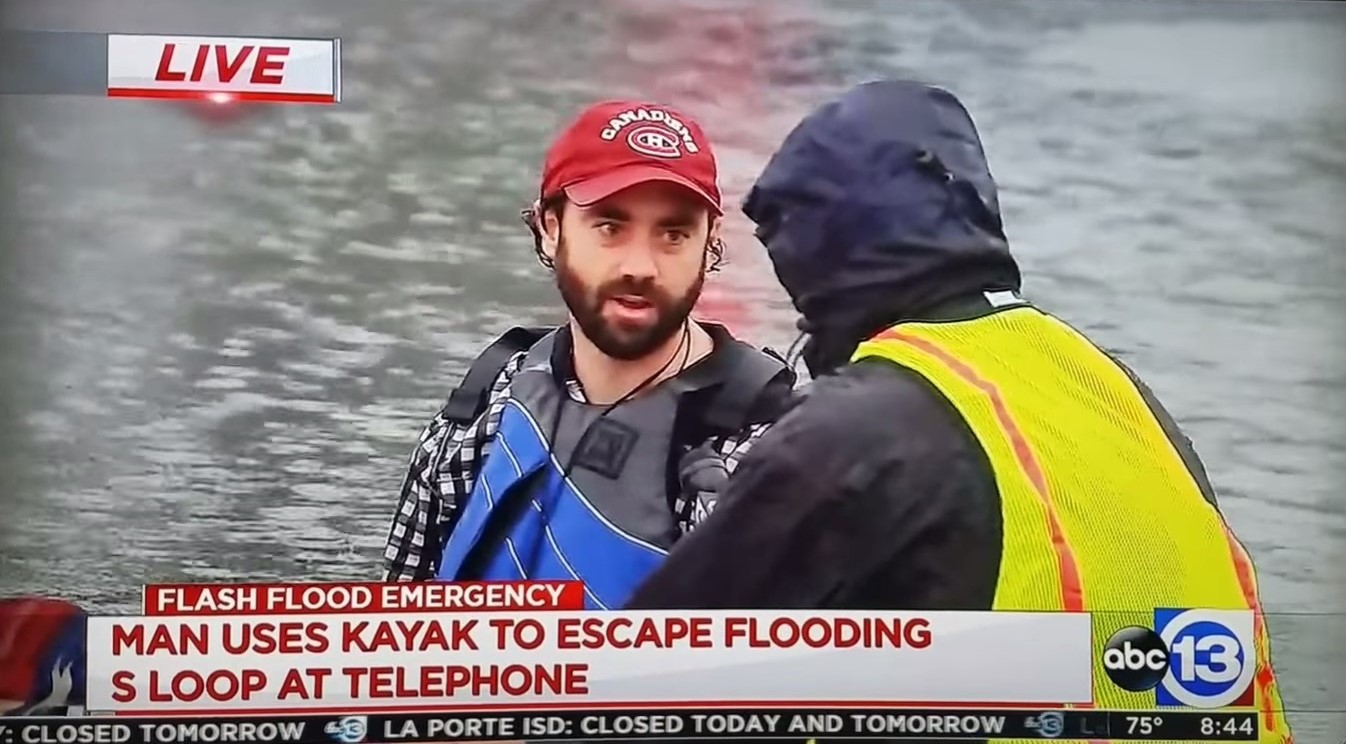 HOUSTON – After spending Saturday night in his truck on the highway due to rising floodwaters on the I-610 South Loop near Telephone Road, Father David Bergeron, CC, took to his kayak to explore the flooded streets around the neighborhood and try to get wine to celebrate Sunday Mass.

Sitting atop his red kayak, the Companion of the Cross priest told an ABC13-KTRK reporter on a live broadcast that he was trying to get back home to celebrate Mass after visiting Galveston for a kayak trip the previous day.

“I tried to go back home for Mass and I guess I didn’t make it,” Father Bergeron said, holding paddles bearing the image of the Texas flag. He is a priest at the Catholic Charismatic Center in East Houston.

He used his kayak to visit a nearby convenience store for some more supplies for his fellow priests, as well as wine to celebrate Mass for nearby stranded neighbors.

“I even tried to buy wine right now to say Mass with some of the people who are stranded here but that didn’t happen because it’s not noon yet. But we need to wait for noon to buy alcohol on Sunday,” Father Bergeron said. Texas liquor laws prevent alcohol sales on Sundays before noon. “It’s not that I usually buy alcohol that early in the morning, but I had wanted to say Mass with the few people who are stranded.”

Floating on his red kayak, the priest from Quebec, Canada said he was praying for everyone in need.

“I guess this is how the Americas were evangelized as well with a canoe and this is a kayak,” Father Bergeron said. “I hope that can bring a smile to a few people.”

“The Lord is alive and the Lord is always with us as well, so I really pray for the protection of all the people. ...There are a few Psalms that implore for the grace of God and the washing and the rain, but now we have enough rain.”