Tens of thousands of seafarers receive God’s love, mercy through ‘Fishers of Men’ 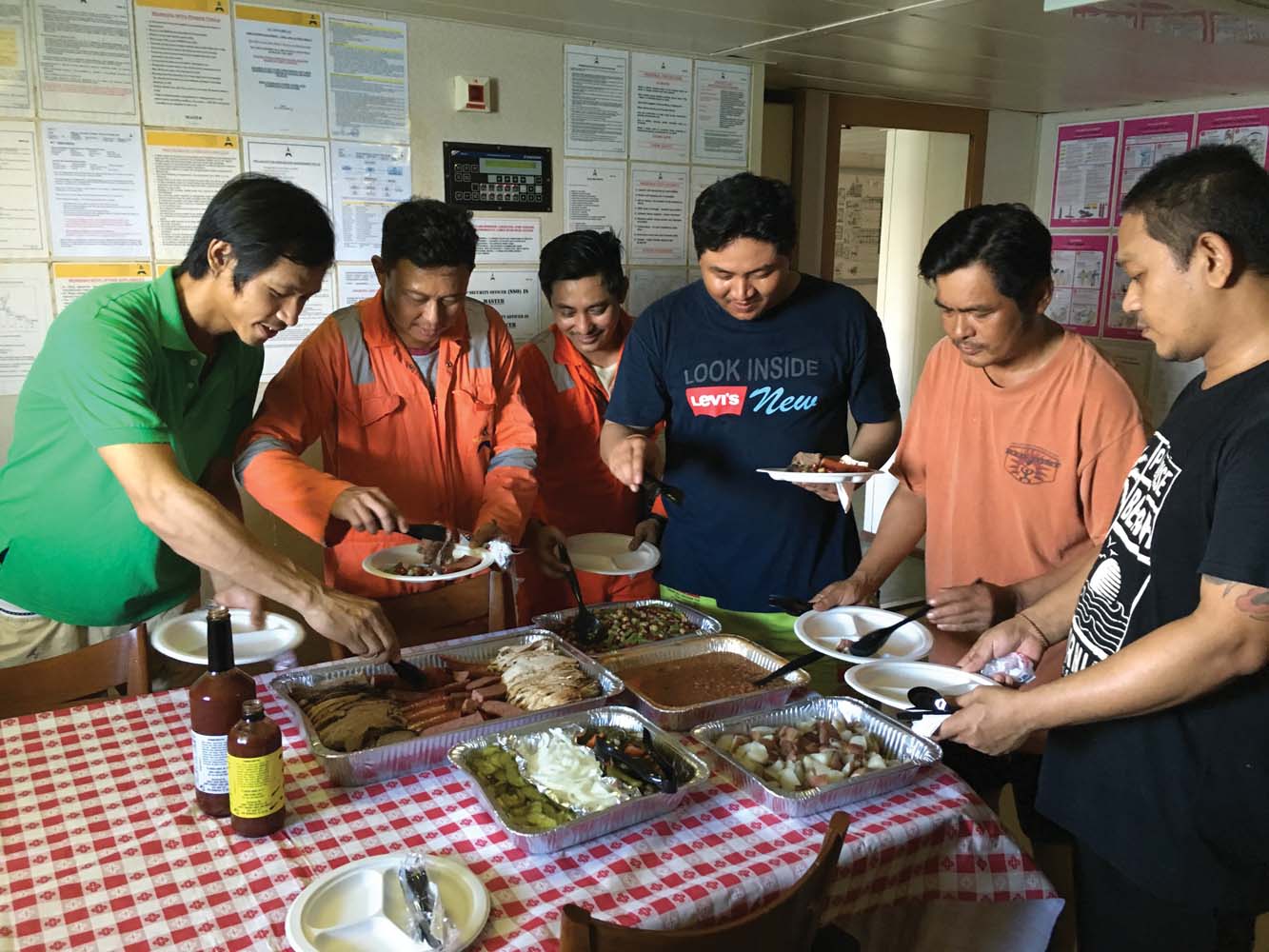 HOUSTON — Tens of thousands of seafarers who enter the ports in the Houston area each year receive God’s love and mercy through the evangelistic work of the Catholic Church.

Some of these “Fishers of Men” are chaplains and volunteers that have served with the Apostleship of the Sea (AOS) of the Archdiocese of Galveston-Houston for over a half-century.

It is one of 60 ministries supported by the Diocesan Services Fund (DSF).

These seafarers and fishers, representing many faiths, nationalities, and cultures, are served by the AOS in the ports of Galveston, Texas City, Barbour’s Cut and Houston, and fishing piers in Kemah, San Leon, Dickinson, Texas City, Galveston and Bolivar. AOS chaplains visit the ships and fishing vessels to provide sacramental and pastoral care, including Mass, reconciliation, counseling and spiritual care, as well as providing for other basic and personal needs that arise.

“The main mission of the Apostleship of the Sea ministry is to care for all God’s people of the sea, so we visit the ships and fishing vessels to assess the needs of the crew to help them the best we can,” said Karen Parsons, OFS, a lay ecclesial chaplain who has served in the Archdiocese for 27 years. “Their needs are very different since the seafarers aboard cargo ships and tankers are away from their families for months at a time, while the fishers, shrimpers, and oystermen are away from their families anywhere from a day to a few weeks. Many of the seafarers come from foreign countries, and the fishers live in our communities.”

Parsons said the number of seafarers served each year continues to increase since Houston has become the largest port in the U.S. in terms of foreign tonnage. In addition, the Galveston ministry serves 10,000 Catholic crew members from 280 cruise ship calls each year.

Parsons said she recently had a special moment onboard a Chinese vessel that demonstrates that sometimes making “fishers of men” can be subtle.

The vessel contained 22 seafarers that had no shore passes and could not leave the boat to attend to their personal needs. After three days of “scavenger-hunt shopping” to find the things on their list because they had no shore passes, Parsons was in the mess room with crew members when one of the officers noticed the crucifix around her neck.

“Mother, I see you believe,” the offer said.

He then excitedly whispered, “So do I!”

Parsons said the officer had a brightness in his eyes that let her know how very happy he was to share with her that he, too, believed in Jesus. She said the AOS chaplains are blessed to experience many special moments of discipleship with others, including times when the crew members are experiencing issues at home that they cannot deal with alone.

“We are their advocates while in port,” said Parsons. “Our chaplains are trained to find a solution to their problems, such as the time a Ukrainian electrician onboard a tanker vessel in the Port of Texas City received news that his wife was diagnosed with cancer. The cancer was aggressive, and he was told she didn’t have long to live.”

After hearing the diagnosis, the electrician’s employer wanted to send him home immediately. Even though he had a valid U.S. Visa, the Customs and Border Patrol (CBP) agent would not allow him a shore pass to go from the ship to the airport.

“The CBP agent said he thought the seafarer was lying, so I worked for three days alongside the U.S. Coast Guard to fight for the seafarer’s right to go home,” Parsons said. “Permission was finally granted, and he was able to leave the ship and go to the airport. He was very happy and grateful that we never gave up.”

Parsons said the AOS would not be able to provide these types of services to meet the diverse and growing needs of the seafarers without the DSF.

“The DSF provides funds to supply four ports and 11 fishing villages with chaplains to visit the ‘people of the sea’ and care for their spiritual and corporal needs,” said Parsons.

“The money budgeted through the DSF donations also helps our chaplains to attend continuing education seminars to keep up with the latest in the maritime industry, so that we may be as knowledgeable as possible to help the seafarers the best we can.”

Parsons said there was a restructuring recently that improved the education available to the AOS chaplains.

“Our Port Chaplaincy school that has been held at the Houston International Seafarers Center since the late 1970s was in need of some assistance,” said Parsons. “The North American Maritime Ministry Association joined with the National Apostleship of the Sea office to take over the school and streamline it. This past February was the first class of chaplains to graduate from the new model, and we are very excited for the future of maritime ministry.”