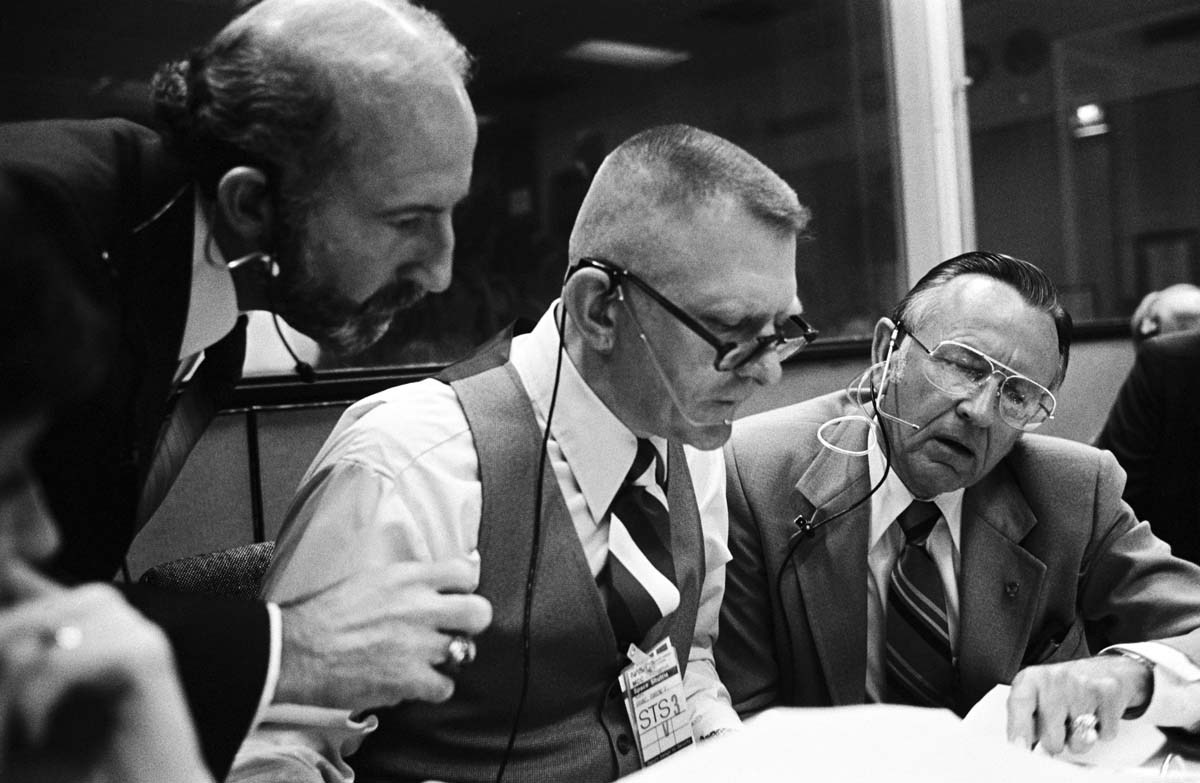 Set to be held at the Marriott Marquis Houston, located at 1777 Walker St. in downtown Houston, Kranz is looking forward to speaking at the event.

“I hope you will join me on Tuesday, July 30 at 7:30 a.m. for the Archdiocesan Prayer Breakfast,” he said. Kranz is a member of the Shrine of the True Cross Catholic Church in Dickinson and Knights of Columbus Father Roach Council #3217.

Perhaps best known for his stalwart and collected leadership of NASA’s legendary moon landing missions in the late 1960s and 1970s, Kranz said his address, titled “God Is My Co-Pilot” was inspired by a memoir by Colonel Robert Scott Jr. with same name.

The book was adapted into a film that recounted Scott’s service with the Flying Tigers and U.S. Air Force.

“In the history of the unfolding of our lives and its many events, you can see a clear perspective in God’s plans for each one of us,” Kranz said. “It unfolds slowly, surprisingly, sometimes through events that we really didn’t expect to happen and you have no choice but to move in a certain direction, and that is really the story of ‘God Is My Co-Pilot.’”

With each Apollo spacecraft’s successful splashdown, Kranz could breathe a sigh of relief and offer a prayer of thanksgiving.

Following the fatal tragedy that claimed the lives of three NASA astronauts during a dress run of Apollo 1, Kranz told his team at the Manned Spacecraft Center in Houston: “From this day forward, Flight Control will be known by two words: ‘tough’ and ‘competent.’ ‘Tough’ means we are forever accountable for what we do or what we fail to do,” he said. “‘Competent’ means we will never take anything for granted.”

That commitment remained a hallmark of his storied career, especially highlighted in his efforts to safely bring the Apollo 13 crew back to Earth.

Born in Toledo, Ohio in 1933, Kranz worked on NASA’s Mercury, Gemini and Apollo space missions. Kranz was the lead flight director during the Apollo 13 mission. The hit film, Apollo 13, chronicled Kranz’s work to devise the plan that would safely bring the ship and its crew of three astronauts home after its oxygen system failed. Actor Ed Harris portrays Kranz in the award-winning film, which was directed by Ron Howard.

In 2007, NASA awarded Kranz the Ambassador of Exploration Award during a presentation ceremony at Central Catholic High School in Toledo, where the award remains today.

Taught and mentored by men and women religious throughout his education, Kranz is a 1951 graduate of Central Catholic. The award recognizes the sacrifices and dedication of the Apollo, Gemini and Mercury astronauts.

The rock is part of the 842 pounds of samples collected during the six Apollo lunar expeditions from 1969 to 1972, according to NASA records.

An inscription describes the rock as “a symbol of the unity of human endeavor and mankind’s hope for a future of peace and harmony.”

Kranz retired from NASA in 1994 after 37 years of federal service. He and his wife Marta are the parents of six children, and reside in Dickinson.

Prayer Breakfast tickets, which are expected to sell out, are $60 each; tables of 10 are available for $600. They can be purchased online at www.archgh.org/prayerbreakfast.