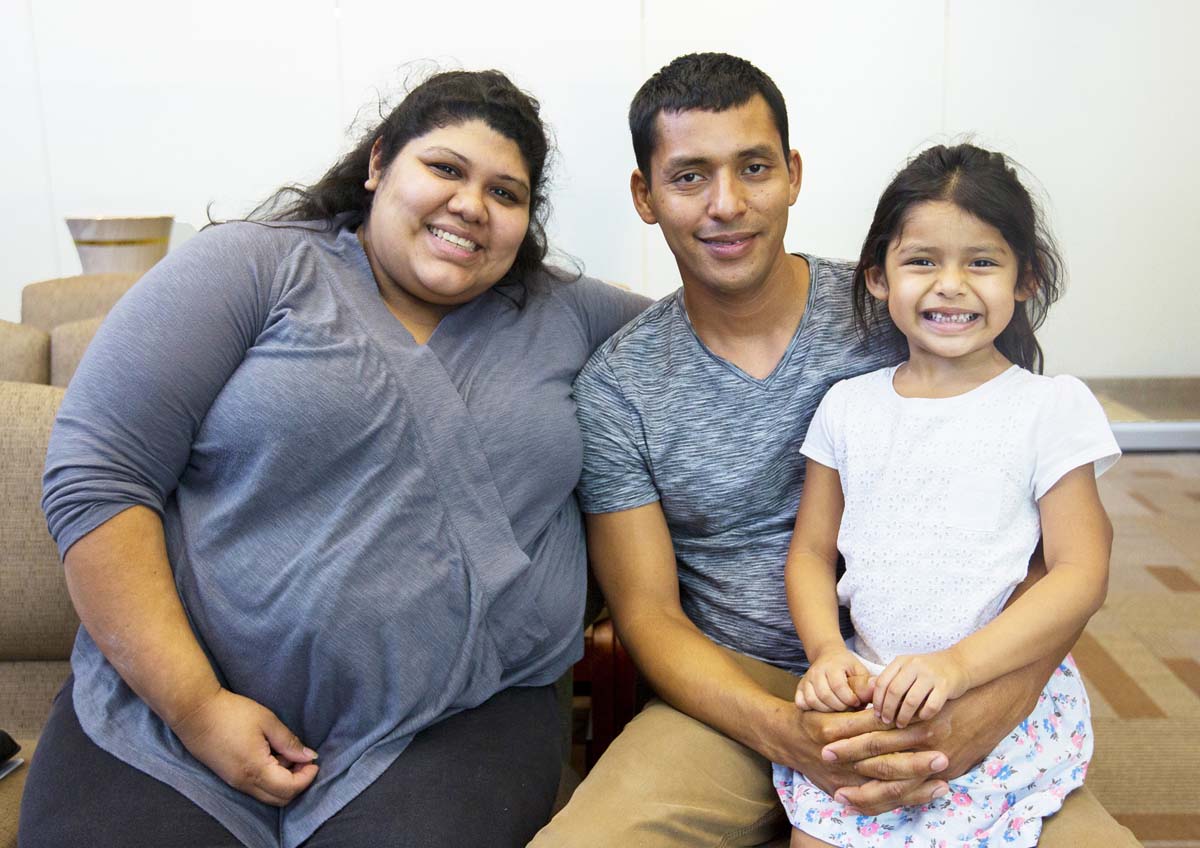 When Hurricane Harvey flooded Stephanie and Jose Estrada, along with their young daughter, out of their home, San José Clinic stepped in to help the family with their medical needs in their time of crisis. Photo courtesy of San José Clinic.

HOUSTON — The ministry providing comprehensive and affordable medical, dental and pharmacy care to those with limited access in the Archdiocese of Galveston-Houston is San José Clinic. Founded in 1922, San José Clinic is currently the leading charity care provider of health care services for the underserved in the Greater Houston area.

One of 60 ministries supported by the Diocesan Services Fund (DSF), San José Clinic’s mission is to provide quality health care and education to those with limited access to such services in an environment which respects the dignity of each person. The clinic is dedicated to ensuring those who face economic and social challenges are not denied the right to quality health care.

“The clinic is currently focused on providing excellent and innovative care to address the long-term health for uninsured and underinsured adults in our community,” said Paule Anne Lewis, president and CEO of San José Clinic. “This includes examining the wider factors and impact of our patients’ health and creating programs for treatment.”

“Our patient load has been consistent in recent years, because our current capacity has been reached,” said Lewis. “With additional community and volunteer support, we can serve as the health home for even more people suffering without health coverage.”

“In the wake of Hurricane Harvey, the Clinic removed all barriers to care for one month in order to serve all those in need,” said Lewis. “For one month, there were no costs for care for anyone seeking help through the clinic. In addition, we established temporary satellite clinics in Rosenberg and Angleton to go to those hit the hardest.”

Lewis said the great need for safety-net care in Fort Bend and Brazoria counties was brought into focus during the aftermath of Hurricane Harvey. She said San José Clinic is working with local and national partners to find ways to reach these communities and their uninsured individuals.

One family that received assistance from San José Clinic after Harvey was Stephanie and Jose Estrada. A few months before the storm hit, the young couple was determined to make a wonderful life for themselves and their four-year-old daughter, Genesis. They worked hard to establish an apartment in what Stephanie lovingly called their “first place to call home.”

During Harvey, the Estradas’ first floor apartment quickly began to fill with floodwaters far beyond the levels they had been told to expect. After hours in the rising waters, the family was evacuated by boat through flooded streets and abandoned cars to safety.

The Estradas tried to keep their spirits up, but then Jose’s health suddenly needed immediate attention. In the chaos of escape, Jose’s diabetes medication had been lost, and he had developed a debilitating toothache as well. Unfortunately, while both worked full-time, they did not have access to insurance. With so much uncertainty and only $50 available, the Estradas didn’t know where to turn.

Through the kindness of strangers, after calling dentist upon dentist, the Estradas got a recommendation to see if San José Clinic could help. At the clinic, Jose was quickly seen by a dentist and doctor, then received his much-needed diabetes medication. The Estradas have made it through the long road to recovery and have found a new home, just in time for Genesis to start pre-K.

Lewis said this is an example of families that are blessed through the services provided by San José Clinic, which is made possible in part by DSF funding. She said San José Clinic depends on the generosity of parishioners contributing to DSF to ensure that the Clinic’s mission can endure.

“It is with the assistance of donors like the DSF contributors that those who depend on receiving healthcare services in accordance with the teachings of the Church can access the medical attention needed to promote good health and well-being for themselves, their families and throughout the community,” said Lewis.

Council Member Christie introduced the proclamation and said “We’ve said it many times… Houstonians are compassionate; they just have to be asked. San José Clinic has not even been asked, but has been helping and serving Houstonians since 1922 as the original safety net for the poor and underserved in our city.”

In the proclamation, Mayor Turner recognizes the important role San José Clinic plays in the health and fabric of Houston.

“The mission and work of San José Clinic has grown and evolved with Houston and provides quality, affordable healthcare for the uninsured and uninsurable,” said Turner. “While healthcare continues to change, San José Clinic will continue to adapt and pivot to address community needs.”

At the ceremony, Lewis testified to the clinic’s gratitude and impact.

“Thank you so much for this honor and this recognition of the very important work San José Clinic has been doing in our city, taking care of the most vulnerable,” she said. “We have been supported by this community solely for 96 years through philanthropy, through volunteerism, through generosity and compassion for those who work hard to make this a great city. We are proud of the quality healthcare we provide to those in most need.”

“I have been blown away by the comprehensive nature of the services you have, but more importantly, just how invaluable you are so that we can be a community that looks after our brothers and sisters in their time of need,” said Council Member Edwards.