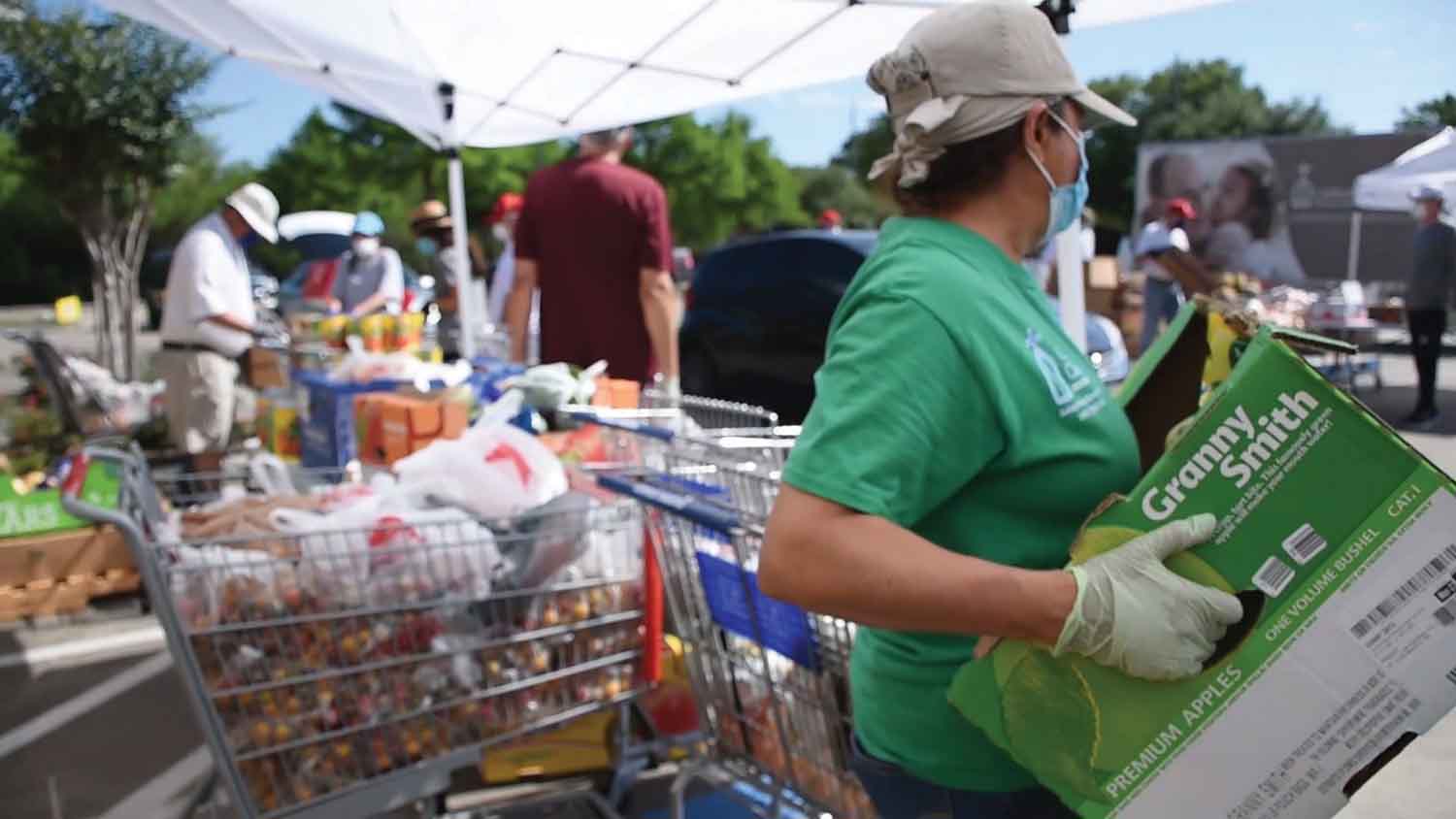 HOUSTON — The day Pope Francis led a worldwide prayer vigil against the coronavirus (COVID-19) pandemic feels so long ago. That rainy March 27 evening, the pope kneeled before the Blessed Sacrament in Eucharistic Adoration, pleading for the Lord’s mercy. He lifted the Blessed Sacrament, an iconic moment during the extraordinary ‘Urbi et Orbi’ blessing.

In his message before Adoration, Pope Francis said the world felt dark as if “for weeks now it has been evening.” Those weeks have stretched to a months-long darkness during the longest days of the year.

A bright point came when 25% of parishioners at many parishes across the Archdiocese had uplifting chance to return to public celebrations of Holy Mass after weeks of lockdown. Masses continued to be livestreamed as a witness of hope to those who couldn’t attend in person for so many reasons.

The Sacrament of Reconciliation was more widely celebrated, already a constant during the lockdown, and Baptisms, weddings and funerals became the norm again. But still, others continued to bear the brunt of the pandemic’s rage.

Healthcare workers saw a moment of reprieve — cases slowed, the curve seemed to drop and the green grass could be seen through the fence line — then suddenly, the pandemic surged again with a fiery rage. As the nation also grappled with civil unrest, demonstrations and responses to police brutality, the virus silently continued its unrelenting course. In June, the priesthood ordination Mass was modified, and the July ordination of transitional deacons was delayed due to the sharp rise in cases.

Industries, already weakened from a stand-still economy, once again waded through quicksand with last-ditch efforts to see more business. Still, many looked forward in fervent prayer, courageously working to support and stand for others.

Since June 30, the Mamie George Community Center (MGCC), located at 1111 Collins Rd. in Richmond, has operated as a super distribution center, giving more families in Fort Bend County with 60 pounds of food each, supported by the Houston Food Bank. Families received a box of canned goods, fresh milk, produce and frozen meat.

Drive-through distribution are held on Tuesdays from 11 a.m. to 5 p.m. Officials said nearly one in four people living in the Richmond-Rosenberg area live in poverty. It is the most impoverished community in Fort Bend, so economic loss from the pandemic was already brutal in this area. Before the pandemic, more than 1,000 families were being served every week.

“We [are] serving 50% more families, thanks to our expanded partnership with the Houston Food Bank,” said Gladys Brumfield-James, MGCC’s executive director. “We are thrilled that we will be able to provide a consistent selection of nutritious food to more people in need.”

No appointments are necessary, but registration is required by texting the letters “HFBNSS” to 94502. Those in need of assistance should arrive no earlier than 10:30 a.m.
In Houston, drive-through distribution at the Guadalupe Center (326 S. Jensen, Houston) is currently on Tuesdays, Wednesdays and Thursdays by appointment only. Appointments could be made online at catholiccharities.org/covidfooddistribution.

Since March, Catholic Charities has distributed more the one million pounds of food through its regional food pantries. By early July, distribution had already surpassed 2019’s 12-month total distributions in just four months.

For the latest information about Catholic Charities COVID-19 support, call 713-526-4611. To make an appointment, visit catholiccharities.org/covidfooddistribution.

Other efforts supported those who worked to bring relief to those in need of assistance. Women veterans affiliated with Catholic Charities’ Women Veterans Program made fabric masks to protect the many volunteers distributing food at the MGCC. Volunteers were wearing some of the 100 fabric masks made by the veterans using fabric and materials donated by a Sugar Land fabric store.

“We’re protecting our volunteers in Fort Bend County by using fabric masks as a recommended alternative,” said Glady Brumfield-James, MGCC executive director.
The MGCC’s program supports women who have served the nation through services such as financial assistance, career coaching, mental health counseling and peer groups.
“[Women] veterans are stepping up to help with mask production. Their enthusiasm is contagious. They’re recruiting others to hit the sewing machines to protect our volunteers and our community,” said Susan Jaroszewski, program coordinator in Fort Bend.

Through its food network, the Society of St. Vincent de Paul of the Archdiocese was hosting food fairs at its Vincentian Services Center (6654 Gulf Fwy., Houston) on Tuesdays and Thursdays, from noon to 2 p.m., and on the first, third and fourth Saturday of each month, from 8 to 10 a.m.

Even with the most stringent protocols, the virus still reached Catholic leaders in Archdiocesan residences and parishes.

After learning that Archbishop Emeritus Joseph A. Fiorenza and retired Auxiliary Bishop Vincent M. Rizzotto, as well as two other retired priests at the Archbishop Joseph A. Fiorenza Priest Retirement Residence, contracted COVID-19, the Archdiocese asked for prayers for those who have contracted COVID-19 in a June 29 statement. The Archdiocesan-run Fiorenza retirement residence provides housing for retired priests.

Archbishop Fiorenza, a past president of the U.S. Conference of Catholic Bishops, is 89. Bishop Rizzotto is 88.

All 14 of the remaining priests tested negative. The priests were then self-quarantined in their rooms for 14 days.

With the sharp increase in COVID-19 cases, several parishes also suspended in-person events in the church or on church property after clergy, staff or visitors had either individually contracted or had been exposed to the virus. After each incident, parishes followed stringent health protocols before re-opening to the public.

Pope: ‘God will not leave us’

At the conclusion of his “Urbi et Orbi” message, Pope Francis reminded the Church that God asks “us not to be afraid.” The pope admitted that right now “our faith is weak and we are fearful.” But he reminded the world that God “will not leave us at the mercy of the storm.”

For the latest updates and resources, visit www.archgh.org/healthupdates.