Palms to ashes: A few things to know about Ash Wednesday 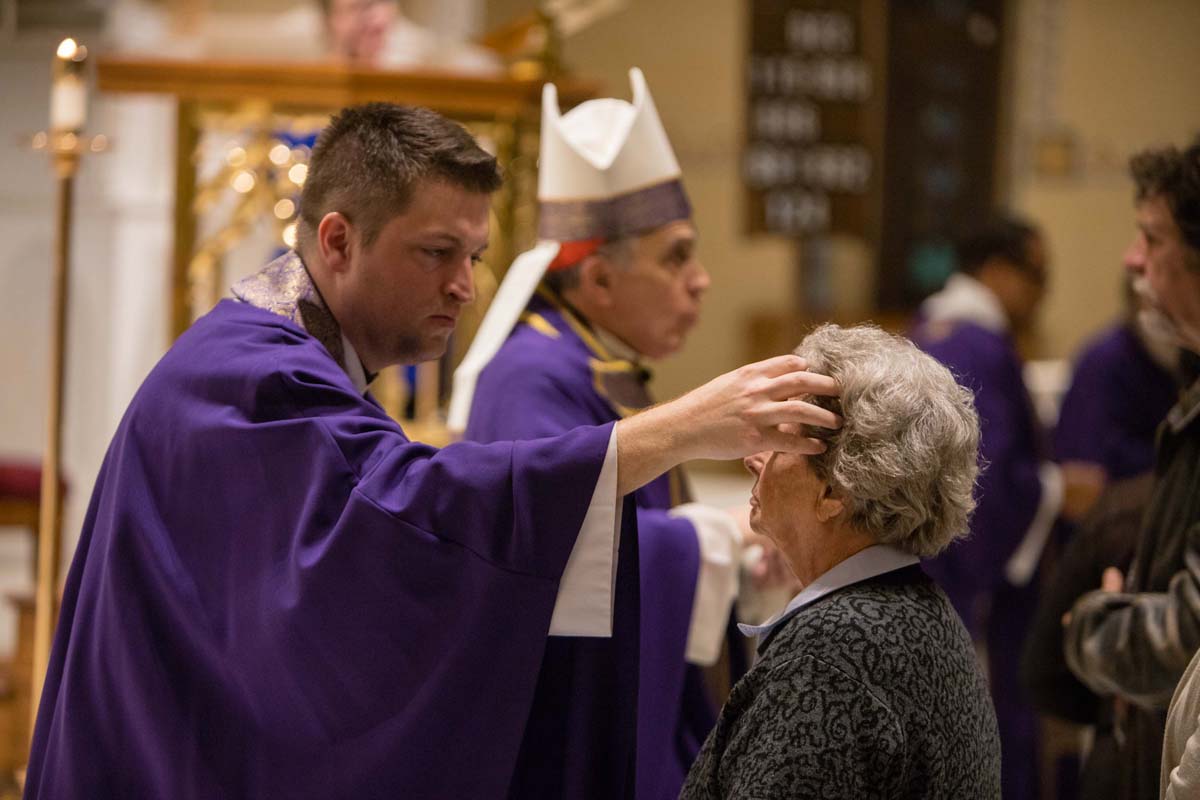 Here are some things to know about Ash Wednesday and the kickoff to Lent:

In the Table of Liturgical Days, which ranks the different liturgical celebrations and seasons, Ash Wednesday ties for second in ranking -- along with Christmas, Epiphany, Ascension, Pentecost, Sundays of Advent, Lent and Easter, and a few others. But Ash Wednesday is not a holy day of obligation, though it is a day of prayer, abstinence, fasting and repentance.

Top ranked in the table are the Paschal Triduum -- the Holy Thursday Mass of the Lord's Supper, Good Friday and the Easter Vigil -- along with Easter Sunday. Good Friday isn't a holy day of obligation either, but Catholics are encouraged to attend church for a liturgy commemorating Christ's crucifixion and death.

Ash Wednesday begins the liturgical season of Lent. There are hymns that speak to the length of the season -- one of them is "Lord, Who Throughout These Forty Days" -- but the span between March 6 and Easter Sunday, which is April 21, is 46 days. So what gives?

"It might be more accurate to say that there is the '40-day fast within Lent,'" said Father Randy Stice, associate director of the U.S. Conference of Catholic Bishops' Secretariat of Divine Worship.

"Historically, Lent has varied from a week to three weeks to the present configuration of 46 days," Father Stice said in an email to Catholic News Service. "The 40-day fast, however, has been more stable. The Sundays of Lent are certainly part of the time of Lent, but they are not prescribed days of fast and abstinence." There are six Sundays in Lent, including Passion Sunday.

The ashes used for Ash Wednesday are made from the burned and blessed palms of the previous year's Palm Sunday.

"The palms are burned in a metal vessel and then broken down into a powder. I believe ashes can also be purchased from Catholic supply companies," Father Stice said.

"As far as I know, palms from the previous year are always dry enough," he added. "Parishes normally ask parishioners to bring their palms shortly before Ash Wednesday, so there is no need to store them. People usually like to keep the blessed palm as long as possible."

Almost half of adult Catholics, 45 percent, typically receive ashes at Ash Wednesday services, according to the Center for Applied Research in the Apostolate at Georgetown University.

You might not have noticed, but the use of the word "Alleluia" is verboten during Lent. What is known as the "Alleluia verse" preceding the Gospel becomes known during Lent as "the verse before the Gospel," with a variety of possible phrases to be used -- none of which include an alleluia.

"The alleluia was known for its melodic richness and in the early church was considered to ornament the liturgy in a special way," Father Stice said, adding it was banned from Lenten Masses in the fifth or sixth century.

Ash Wednesday also is a day of abstinence and fasting; Good Friday is another. Abstinence means refraining from eating meat; fish is OK. Fasting means reducing one's intake of food, like eating two small meals that together would not equal one full meal.

"In the second century, Christians prepared for the feast of Easter with a two-day fast. This was extended to all of Holy Week in the third century. In 325 the Council of Nicea spoke of a 40-day period of preparation for Easter as something already obvious and familiar to all."

The U.S. Catholic Church's Collection for Aid to the Church in Central and Eastern Europe is taken up on Ash Wednesday, as it has been since its inception in the early 1990s.