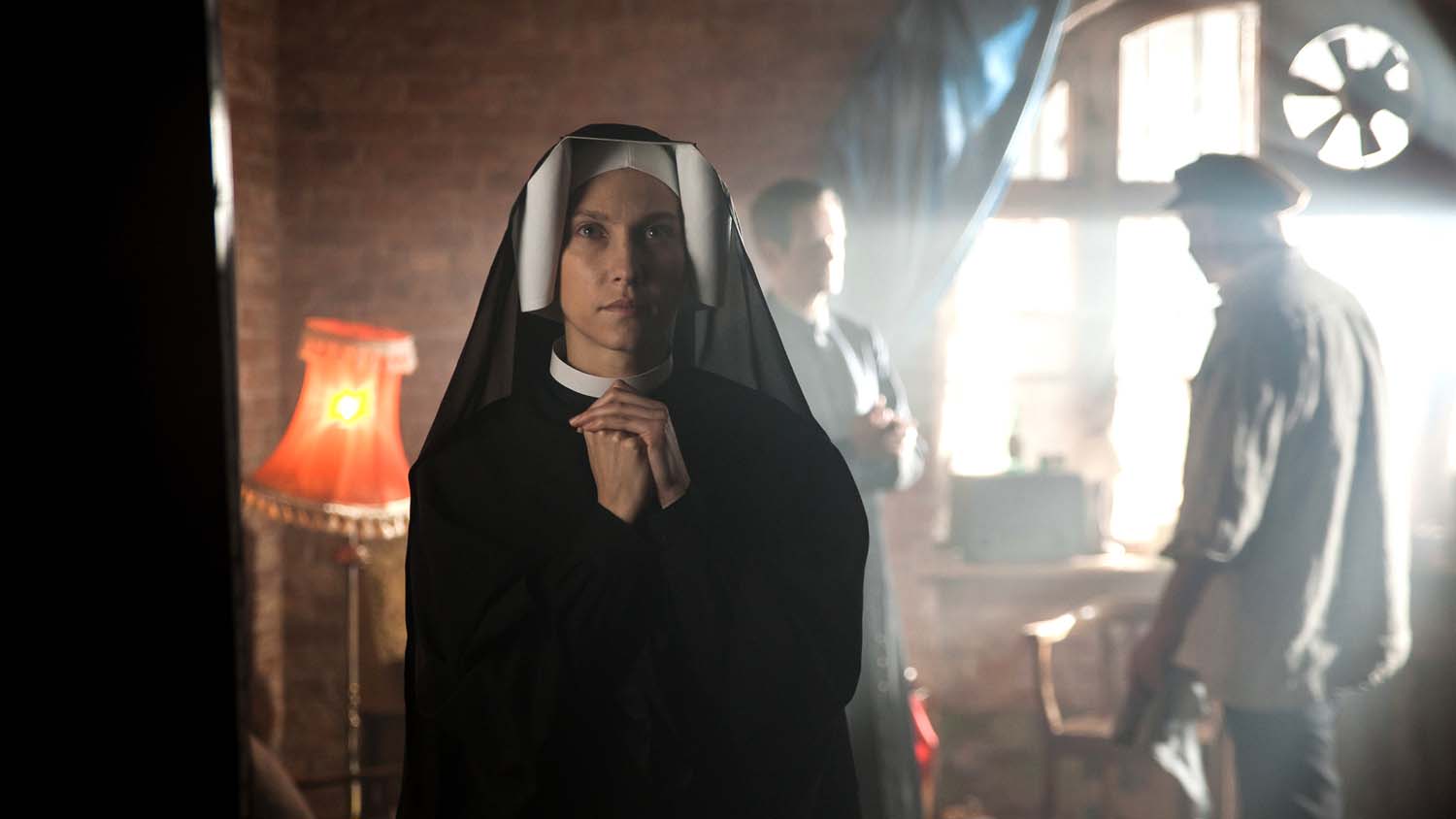 Kamila Kaminska stars in a scene from the movie “Love and Mercy: Faustina.” The new film on the life of St. Faustina Kowalski, the Polish nun whose visions of Jesus led to the Divine Mercy devotion, will have a one-night-only showing Oct. 28 at 7 p.m. in at least 17 theaters in Galveston-Houston, alongside about 700 screens across the United States. To purchase tickets to the film, visit fathomevents.com/events/faustina-love-and-mercy. (CNS photo/courtesy of Kondrat-Media)

UPDATE: The movie “Love and Mercy: Faustina” will have a second screening on Dec. 2.

HOUSTON (CNS) — At least 17 theaters in Galveston-Houston will host a one-night-only showing Oct. 28 of a new film on the life of St. Faustina Kowalski, the Polish nun whose visions of Jesus led to the Divine Mercy devotion, alongside about 683 screens across the U.S.

The 90-minute movie, “Love and Mercy: Faustina,” will also have some features about St. Faustina surrounding it, according to Marian Father Chris Alar, who is on screen during the film.

“That makes it fairly unique,” he added.

The movie was directed by Michal Kondrat, who may be familiar to some Catholics as the director of “Two Crowns,” a 2017 film biography of St. Maximilian Kolbe, a Polish priest who died in a Nazi concentration camp during World War II.

Father Alar said Kondrat read the diaries of St. Faustina and was interested in developing a film based on the life of another Polish saint.

The filmmaker approached the Marians of the Immaculate Conception — Poland’s first native-founded religious order for men back in 1670 — which as a congregation has a special devotion to St. Faustina. It was a member of this order who weaved his way through Nazi- and Soviet-occupied Eastern Europe to journey to the U.S. and spread the word of the nun, for whom he had been her spiritual director.

After some initial storyboards, the Marians brought out a documentary on St. Faustina the congregation had produced in the 1980s, “Divine Mercy: No Escape,” to flesh out added details, Father Alar said.

Father Alar called the Divine Mercy devotion “technically, the fastest grassroots movement in the history of the church, and its growth has been phenomenal.

For those who already have Oct. 28 booked, “Love and Mercy: Faustina” will be available on DVD shortly after the one-night-only screening. For more, visit loveandmercymovie.com.