Lent: Embracing the ‘season of grace’ 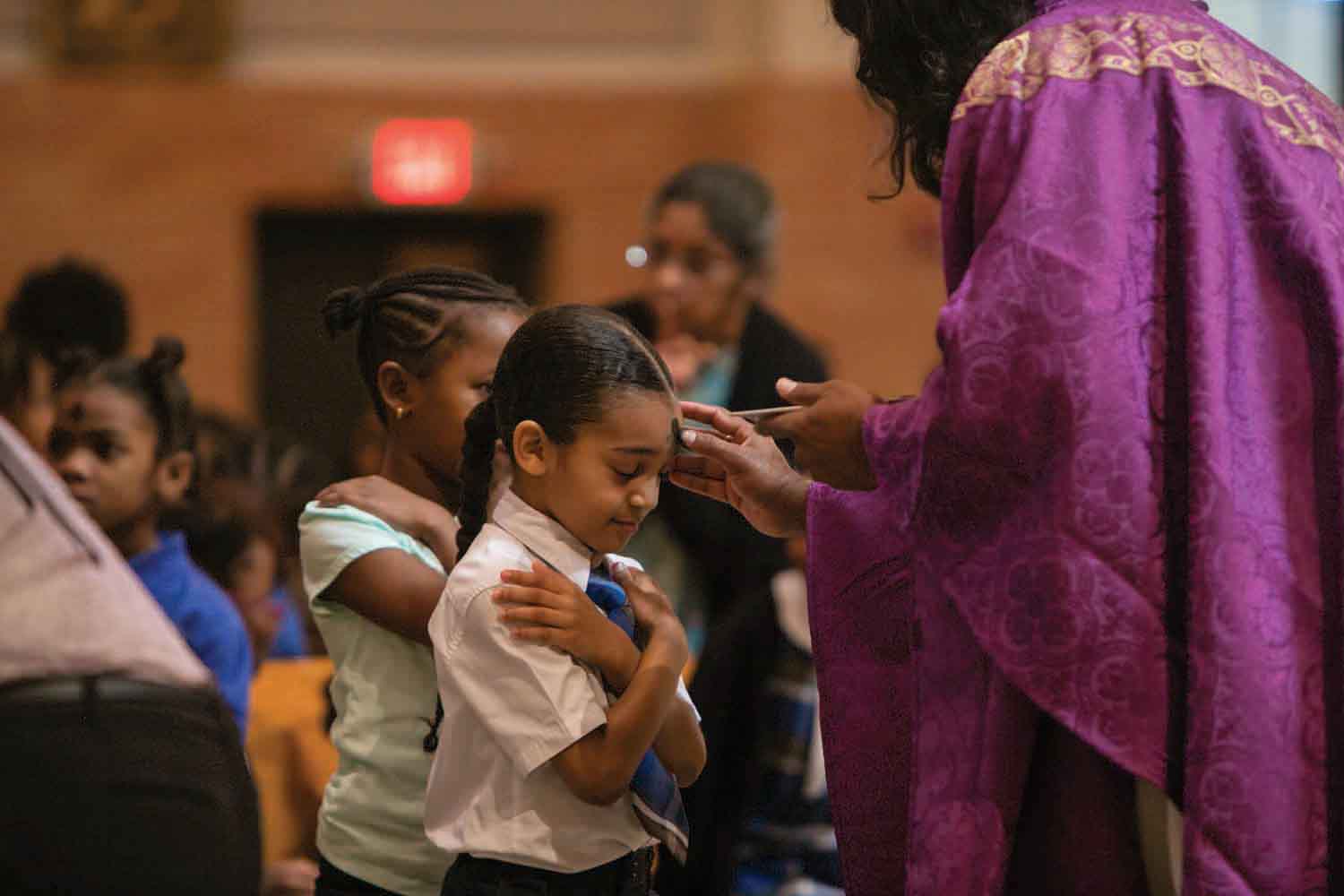 A priest places ashes on a young girl’s forehead during an Ash Wednesday Mass at St. Mary of the Purification Catholic Church in Houston in 2019. Ash Wednesday marks the beginning of Lent. (File photo by James Ramos/Herald)

During Lent, she has her students participate in a meditation she calls “Lenten Silence,” where Bridger opens her classes with quiet prayer asking students to remain silent for as many minutes as they are old. For example, her sixth-grade students who are 11 and 12 years old open their class with 11-and-a-half minutes of quiet for the entire Lenten season.

“It’s so beautiful to see how excited my students get for this silent time,” Bridger said. Sometimes the quiet time may be focused on an activity, like meditating upon a crucifix, or art-inspired meditation, praying a decade of the Rosary, asking for the intercession of a saint or simply focusing on breathing in gratitude for life.

Bridger found that her students craved the silent prayer, especially with students and families constantly surrounded by distraction and noise.

“When are you silent in your day?” Bridger would ask her students.

“While we are asleep,” they’d respond.

The silent time gives her students “a prayerful pause,” she said.

This year she is having her students keep track of their prayer time in what will become a prayer journal.

“My students get so into it,” she said. “We watch the CRS videos once a week that correspond with young people from different countries around the world. Last year we made one of the recipes from Africa (meatless!) and ate it during snack on a Lenten Friday! I plan to do the same this year.”

For parents looking to grow in faith with their children, Bridger encourages her students’ families to “do something different.”

“Lent can’t change you if you don’t make a change,” she said. “Consider making a Lenten promise as a family.”

For families, she suggested perhaps only watching one TV show per night, or eating dinner together at the table, or praying a family Rosary nightly before bed.

Lent is a time where the Church is “called to deeper prayer, more serious sacrifices and giving of alms, be it time, talent or treasure,” Bridger said. “Even if they think they are having a ‘bad Lent’ or ‘fail’ in their Lenten promises, to not give up! God still loves them and they are not alone. We just have to get up, dust ourselves off, and resolve to get back at it! I find I have the best Lents when I realize this.”

In his 2019 Lenten message, Pope Francis said the “celebration of the Paschal Triduum of Christ’s passion, death and resurrection calls the faithful to undertake a journey of preparation.”

If the faithful do not remain focused on Easter, “towards the horizon of the resurrection,” the contemporary desire for immediate gratification (“I want it all and I want it now!” and “Too much is never enough,”) quickly “gains the upper hand” he said.

This self-interest, he said, reflects “the sin that lurks in the human heart” seen in “greed and unbridled pursuit of comfort, lack of concern for the good of others and even of oneself.” It also leads to the “exploitation of creation, both persons and the environment” as the “insatiable covetousness” that views “every desire as a right” eventually leads to destruction.

Creation, the pontiff said, “urgently needs the revelation of the children of God” to counter that destruction.

“The path to Easter demands that we renew our faces and hearts as Christians through repentance, conversion and forgiveness,” Pope Francis said, “so as to live fully the abundant grace of the paschal mystery. Lent is a sacramental sign of this conversion. It invites Christians to embody the paschal mystery more deeply and concretely in their personal, family and social lives, above all by fasting, prayer and almsgiving.”

He said the 40 days Jesus spent in the desert, “a ‘Lenten’ period,” had the goal of restoring that desert into “that garden of communion with God that it was before original sin.”

He called the Church to not allow Lent, a “season of grace,” to “pass in vain” and welcome “Christ’s victory over sin and death” in the the lives of the Church as to “radiate its transforming power to all of creation.”