IGNITE: Our faith, Our Mission Update from Cardinal DiNardo 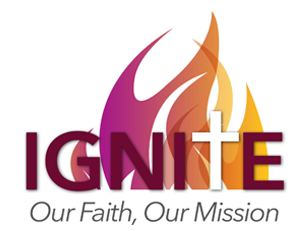 The destructive path of Hurricane Harvey impacted countless lives throughout the Texas Gulf Coast region, including thousands of families and communities within the Archdiocese of Galveston-Houston. In the days, weeks and now months following the storm, I have been inspired by the overwhelming amount of outreach and generosity from those near and far during this most trying time of need.

The return to normalcy for many in our region remains a great challenge. In the context of these post-Harvey realities, I shared a letter to the faithful of Galveston-Houston in September about the Archdiocese assessing the status of IGNITE: “Our Faith, Our Mission” Capital Campaign. The campaign was temporarily put on hold in August shortly after Harvey made landfall. In an effort to address the new realities affecting so many — as well as assess the future needs of our Archdiocese — representatives from Guidance in Giving (the stewardship firm assisting the Archdiocese in facilitating IGNITE) and the Archdiocesan Development Department met with more than 120 pastors throughout the Archdiocese to survey Harvey’s impact on parish communities, as well as gather additional input on how and when the IGNITE Campaign will re-launch.

A comprehensive report with all data, findings and input was compiled for the Priests Advisory Council (PAC). Based on the report and the PAC’s recommendation, along with my own prayerful reflection, I have decided to move forward with IGNITE in the Fall of 2018.

The three original case elements will remain as those needs are still present, but have been reduced in order to accommodate the new realities of the Archdiocese:

With the updated campaign, two new Archdiocesan case elements have been added to the case:
• Future Disaster Relief Fund ($20 million)
• Rebuilding our parishes and schools in light of Harvey ($20 million)

With these significant updates to the capital campaign, promotional and awareness materials will need to be redeveloped in the coming months to prepare for Fall 2018. In the meantime, please continue praying for all of those affected by Hurricane Harvey as they continue to rebuild their own lives in the aftermath of the storm.

Additional information and specifics about the restructured IGNITE Campaign will be made available in the months to come via the Archdiocesan website (www.archgh.org)and the Texas Catholic Herald. In the meantime, please don’t hesitate to call 713-652-4480 or email gig@archgh.org if you have any questions about the capital campaign. †